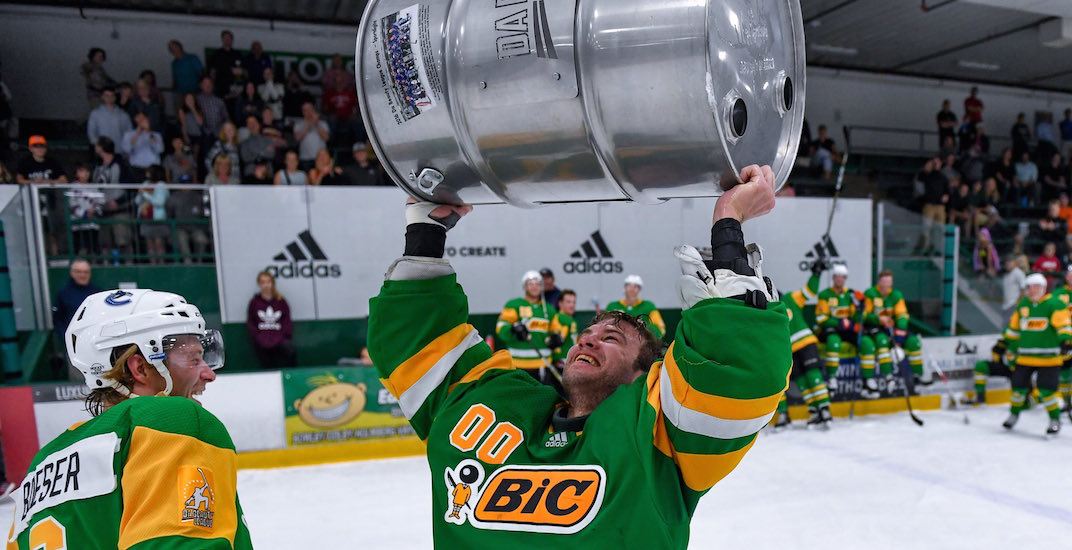 Canucks fans already knew Brock Boeser was a beauty, but on Wednesday, he cemented that fact.

The Canucks’ super rookie has fully recovered from his season-ending back injury, making the highlight reel with regularity in a Minnesota summer league.

Playing in the hilariously named Da Beauty League, Boeser scored two goals and an assist in the final. It helped ” Team Bic” overcome a 3-0 deficit for a 7-6 win.

WHAT AN OUTSTANDING GOAL BY BROCK BOESER! Bats the puck out of the air and gives @BICRazors a 2-1 lead @Canucks @Buccigross #SCtop10 pic.twitter.com/TJWDNMtcpw

Watching DBL highlights, you see very quickly that it’s a fun/casual league, though the pace seemed to pick up a bit for the final.

🚨Nate Schmidt finds the back of the net with a smooth 🍎 from Brock Boeser to add insurance for Team @BICRazors !! @Canucks @GoldenKnights pic.twitter.com/st0HfoTbMC

Their prize? The John Scott Cup – a big metal barrel named after the former NHL tough guy – awarded to the league champions.

Man, I love this league.

Boeser led the high-scoring league in points with 34 in nine games and was named MVP.