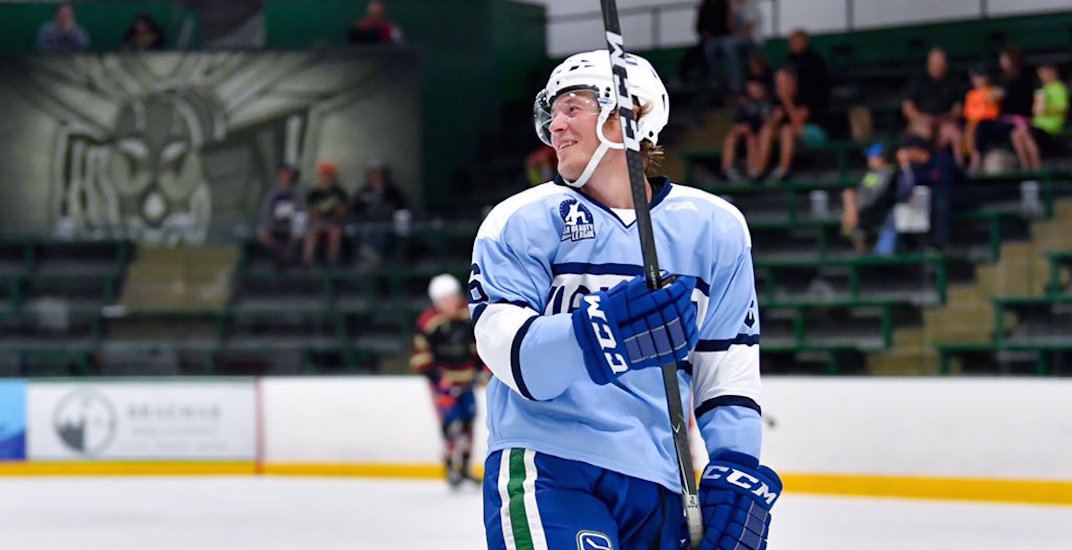 It may not be high-level hockey, but it was sure nice for Canucks fans to see Brock Boeser back on the ice, sniping goals on Wednesday.

The Calder Trophy runner-up hasn’t played a competitive game since March 5, when he was stretchered off the ice after suffering a fracture in his lower back.

Boeser is suiting up in Da Beauty League, a Minnesota summer league featuring some NHL talent. The Burnsville native, who played in the DBL last summer as well, is the captain of his team this year.

If you ignore the silly league name and the less-than-intense competition, and you’ll notice that Boeser looks comfortable on the ice again. And by comfortable, I mean scoring a hat trick.

Brock Boeser with his first goal in a few months! @Canucks @UNDmhockey pic.twitter.com/GVi8Ugl8C6

Not only did Boeser need to rehabilitate his back, his wrist needed to heal up as well. The Canucks winger played through pain in his wrist before shutting down for the season.

Boeser showed off his patented quick release on all three goals, scoring his third on a one-timer.

Up against a team featuring NHLers like Jake Guentzel and Brock Nelson, Boeser scored half his team’s goals for a 6-4 win.