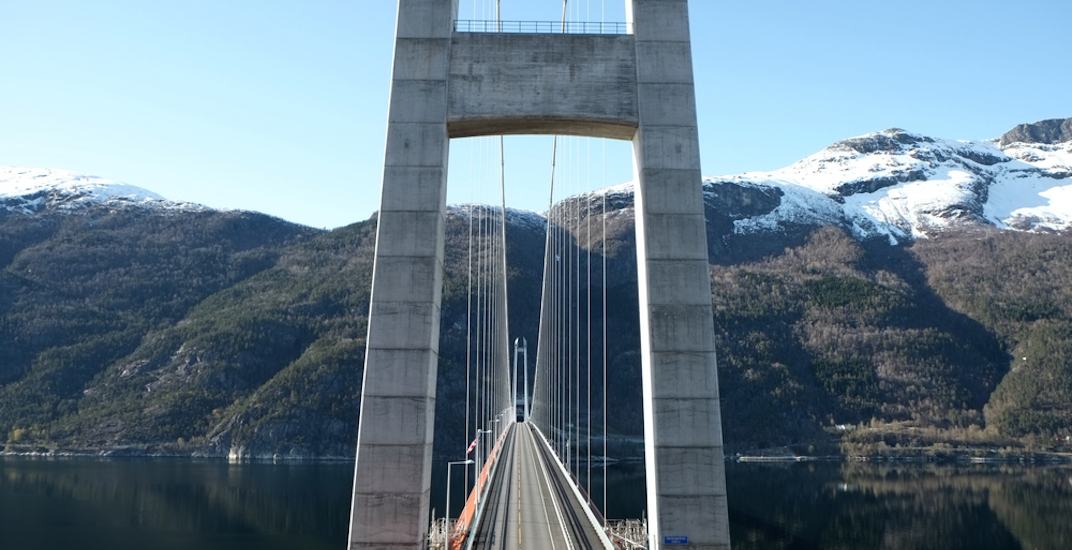 The Hardanger Bridge in Norway was used as an example of what could be built to the Sunshine Coast across Howe Sound from the Sea to Sky Highway. (Shutterstock)

BC will not pursue the possibiltity of a fixed link between the Sunhine Coast and the rest of the Lower Mainland, the province announced on Thursday.

The decision was made after a feasibility study into the idea recently concluded, the government said.

The study began back in 2015, when then-Transportation Minister Todd Stone said the government had “heard from stakeholders from Powell River to the Sunshine Coast that highway access is important for attracting tourism and investment.”

Routes considered include a direct bridge connection across Howe Sound from the Sea to Sky Highway south of Squamish, to an overland highway route further north around Jervis Inlet.

But that idea was officially nixed this week, with the provincial NDP citing “technical and financial challenges” as reasons for the decision.

The government said the study narrowed the list of independent options to two bridge-link crossings and two road-link crossings connecting the upper and lower halves of the Sunshine Coast.

The options range in estimated value from $2.1 billion to $4.4 billion. 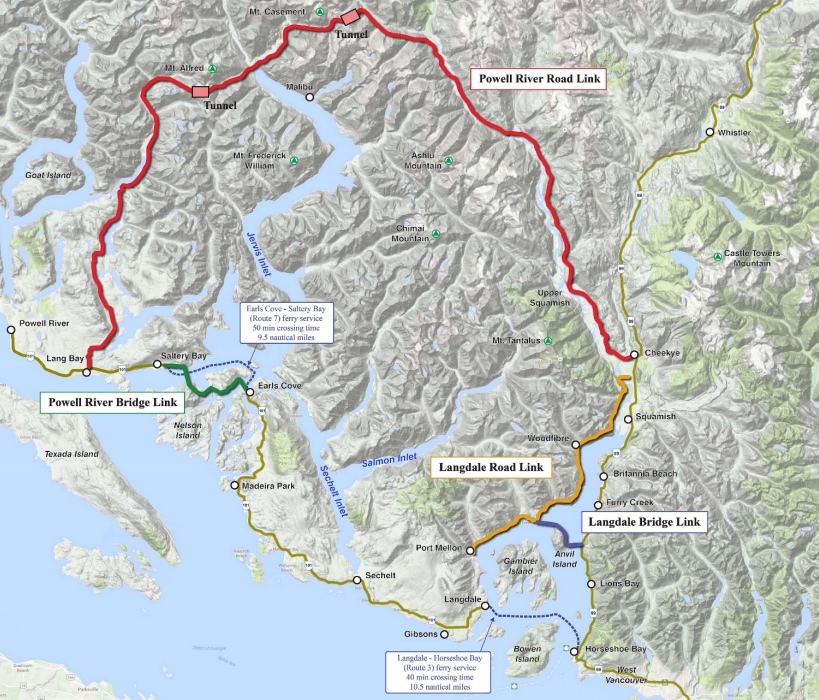 Map of the Sunshine Coast fixed link options evaluated. (Government of BC)

Construction cost and benefit-cost analysis of each Sunshine Coast fixed link option. (Government of BC)

In a release, the government said that each of those options presented “serious challenges, including steep rocky areas, mountain passes and deep water channels, which would result in very high construction costs.”

As well, they added, “none of the options completely eliminates the need for ferry travel.”

From a financial perspective, the government said, “the benefit-cost analysis was minimal for two bridge options, and there was no measurable benefit for the two road-link options.”