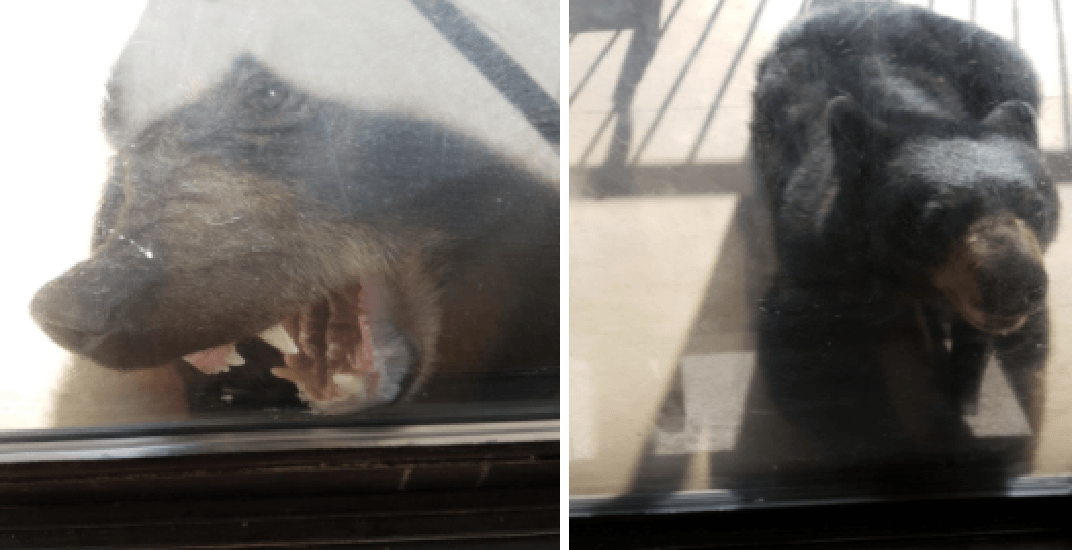 This bear wandered into a Gibsons, BC home this past weekend. (Sunshine Coast RCMP)

A family from the community of Gibsons, BC on the Sunshine Coast is counting itself lucky after surviving a terrifying close bear encounter on the weekend.

On Saturday, August 19, at around 5:30 pm, Elery Froude and her two sons, Camden and Ivany, were at home when their ordeal with the bear began.

According the Sunshine Coast RCMP, two-and-a-half-year-old Ivany alerted her mom to a bear coming through a glass door of the family’s home.

At that point, the bear began roaming the house, going into most of the rooms and drooling all over her dining room table.

Acting quickly, Froude locked herself and the kids in a bedroom, while a family friend yelled, banged pots and shook chairs at the bear.

However, the bear then tried to re-enter the house, and began pawing at the closed door and chewing on the screen as the police arrived.

Officers managed to scare the bear into the bushes with air horns and by throwing water bottles at it.

Shortly after this first effort by police though, the bear returned to the house and tried to open the door to the garage.

It then chased a man down the street before the man managed to jumped into his truck for safety.

In light of the incident, officers consulted with the BC Conservation Officer Service and the decision was made to put the bear dow due to its “aggressive actions” and lack of natural human fear.

Police said the bear did “not have any overt signs” that it had been suffering from any illnesses that would have resulted in its unusually brazen behaviour.