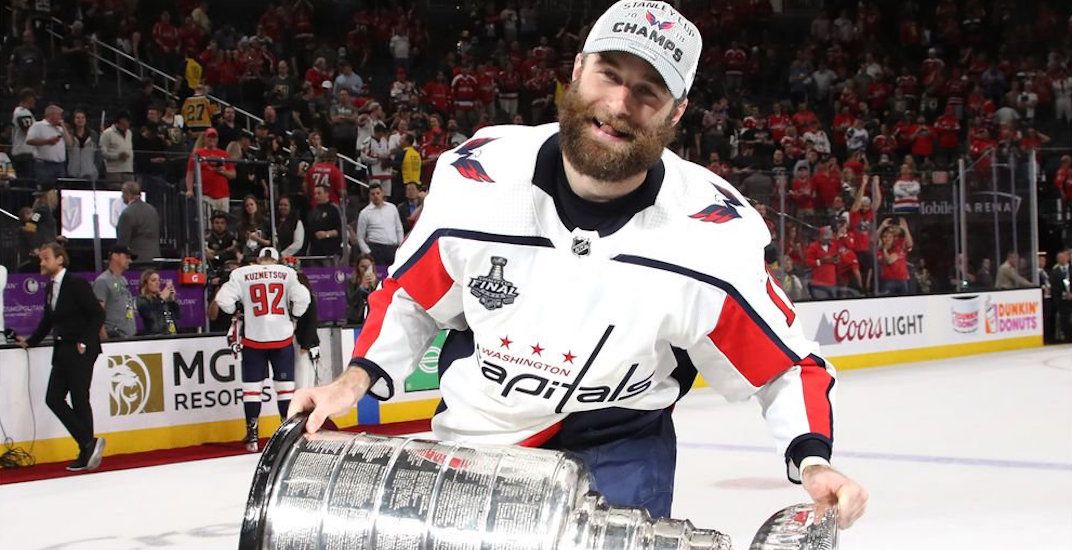 Insists it’s not about politics. Did not want to go into detail about his reasoning but says it’s “about what’s right and wrong.”

“Personally, I don’t think I’m going to go… it has nothing to do with politics,” said Connolly, speaking to reporters at BioSteel camp in Toronto on Wednesday. “For me, I just don’t think it’s the right thing to do.”

“Everyone is entitled to their opinion. I think there’ll be a few guys not going, too. Like I said, it has nothing to do with politics, it’s about what’s right and wrong, and we’ll leave it at that.”

Connolly, a native of Prince George, BC, joins teammate Devante Smith-Pelly as players that have made their plans clear.

“The things that he spews are straight-up racist and sexist,” Smith-Pelly said last June. “Some of the things he’s said are pretty gross. I’m not too into politics, so I don’t know all his other views, but his rhetoric I definitely don’t agree with.

“It hasn’t come up here, but I think I already have my mind made up.”

It’s hard to take Connolly at his word that it’s “not about politics,” given Donald Trump’s politics. But that hardly makes this situation unique.

What was once a no-brainer, is now a difficult and uncomfortable decision for championship-winning teams.

Since Trump officially took office in 2017, the White House visit has been declined on three occasions and accepted four times.

After Super Bowl champions New England Patriots visited in 2017, Trump rescinded the Philadelphia Eagles’ invite this year after it became clear a large portion of the team wouldn’t show up.

The Philadelphia Eagles Football Team was invited to the White House. Unfortunately, only a small number of players decided to come, and we canceled the event. Staying in the Locker Room for the playing of our National Anthem is as disrespectful to our country as kneeling. Sorry!

The past two World Series champions, the Chicago Cubs and Houston Astros, each visited the White House, though not every player attended this year.

The Golden State Warriors, winners of the past two NBA championships, essentially declined both times. That didn’t stop Trump from trying to spin it though (because of course he did):

Going to the White House is considered a great honor for a championship team.Stephen Curry is hesitating,therefore invitation is withdrawn!

Though Tim Thomas refused to visit President Barack Obama after winning the 2011 Stanley Cup, no NHL team has ever said no to the White House. The 2017 Stanley Cup champion Pittsburgh Penguins visited Trump last year, but it was awkward AF.

You know who Connolly was interested in visiting? The people in his hometown.

CN Centre has seen some amazing hockey action over the years (some of it from Brett Connolly himself) but it had never seen the Stanley Cup…until today. 2500 people crowded into CN earlier today to see Brett and the Stanley Cup in person. pic.twitter.com/IYOF2xSwuP

Thousands filed into the home of the Prince George Cougars, Connolly’s former junior team, to see Connolly during his time with the Stanley Cup last week.