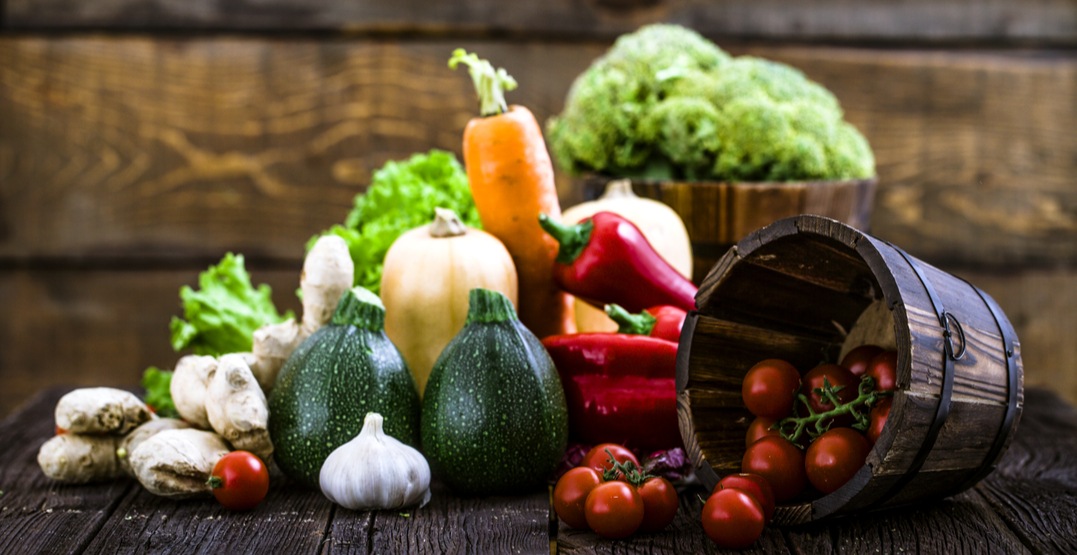 Written for Daily Hive by Emily Pickett of the Vancouver Humane Society.

This week, against the backdrop of the ongoing international COP26 climate change conference, Vancouver City Council took an important step in acknowledging and acting on the need to shift our food system and consumption toward less animal-based products and more plant-based foods. This move toward plant-forward policies is a welcome step in addressing the looming climate crisis.

The real-life implications of climate change are becoming increasingly apparent, following the wildfires and record-breaking heat waves this past summer that led to the deaths of nearly 600 people, at least 651,000 farmed animals, and an untold number of wildlife.

A major new study found the production of meat is responsible for twice the pollution of plant-based food production, reaffirming previous research that sounds the alarm about animal agriculture’s outsized impact. In fact, animal farming has become so expansive that there are now approximately three chickens for every human.

Fixing our broken food system will require government action at all levels. While cities may not produce large amounts of food within their boundaries, they are major centres of food consumption and can utilize their purchasing power and set policies that support much-needed food system change.

In Vancouver, food consumption makes up nearly half of the city’s ecological footprint, 98 percent of which is linked to the land and energy used to produce food, animal products in particular. Buying local, as has been the aim of many sustainable food-focused campaigns, is important, but what we buy also matters when it comes to reducing our food “footprint.”

Other cities have begun to take action on this issue in recent years. As a member of the C40 Cities, a global network of communities working together to address climate change, Toronto signed onto the C40 Good Food Cities Declaration in late 2019.

The declaration commits to actions including supporting “an overall increase of healthy plant-based food consumption in cities by shifting away from unsustainable, unhealthy diets.”

The City of Vancouver has previously acknowledged, through the Climate Emergency Action Plan, the need to address Vancouver’s contribution to food system emissions and to support sustainable diets that are better for people and the planet. Yesterday, the City took decisive action toward fulfilling their commitment.

A motion put forward by Councillor Pete Fry, and passed unanimously by Council, calls for the City to shift 20 percent of municipal animal-based food purchases to plant-based foods.

The motion cites the growing body of evidence outlining the animal agriculture industry’s contribution to climate change. It points to the role plant-based diets and food system change play in meeting our international climate commitments and staying within 1.5 degrees of global warming.

The motion also cites the Vancouver Humane Society’s (VHS) recently released report, which showcases the impact such a shift in municipal food purchasing would make in Vancouver.

Plant-Based Purchasing Savings for City and Climate passes unanimously at Council, a 20% shift in our procurement to plant-based. Supported by great speakers on climate, equity, healthy eating for kids, and a fantastic report from @VanHumane read here:https://t.co/MWrNpYLRT2 pic.twitter.com/AxS4ek5QoW

The report concludes that reducing municipal purchases of animal-based products by 20 percent and replacing them with plant-based foods could save the City up to $99,000 in procurement costs, reduce greenhouse gas emissions by more than 500 tonnes, and save the equivalent of nearly 400 farmed animal lives on an annual basis.

The City’s unanimous support for shifting municipal food purchases toward fewer animal products and more plant-based foods serves as an example that other municipalities should follow.

If we hope to combat climate change and create a more humane and sustainable food system, we must keep urgent actions on the table – and sustainable, plant-based foods on our plates.