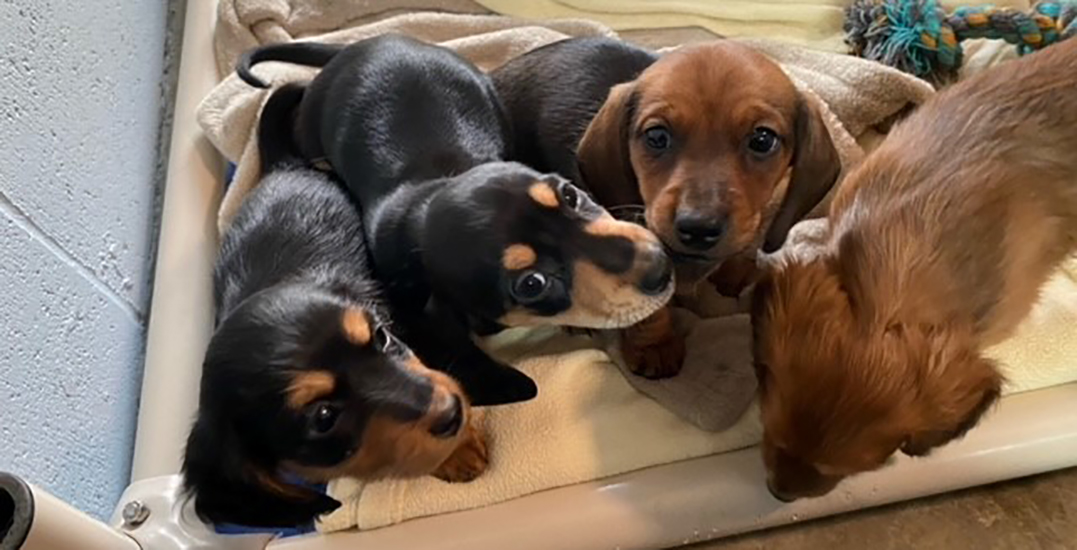 38 miniature dachshunds were living in filthy living conditions. (BC SPCA)

Several dozen miniature dachshunds being kept in foul living conditions were recently taken in by the BC SPCA.

Animal protection officers removed 10 adult dogs and 28 puppies from a property that was located near Kamloops. The BC SPCA says that they were living in “substandard and filthy conditions.” 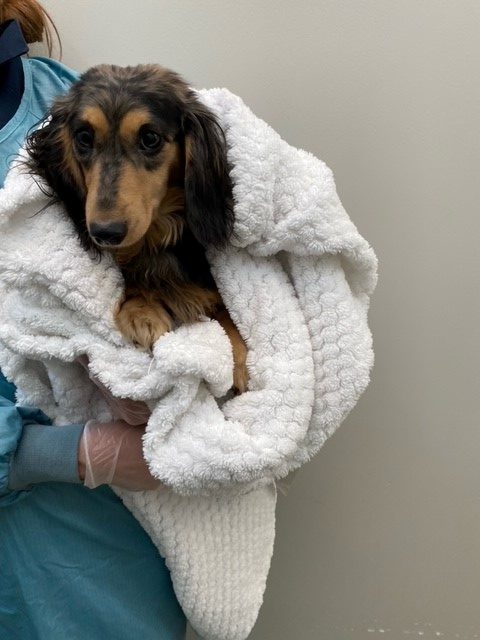 The canines were being kept in cages and other areas with excessive flees and high levels of ammonia from urine. They were also “poorly socialized and very fearful.”

Eileen Drever, Senior Officer of Protection for the BC SPCA, says that the dogs were being kept in “unacceptable conditions” and “were being bred for profit.” 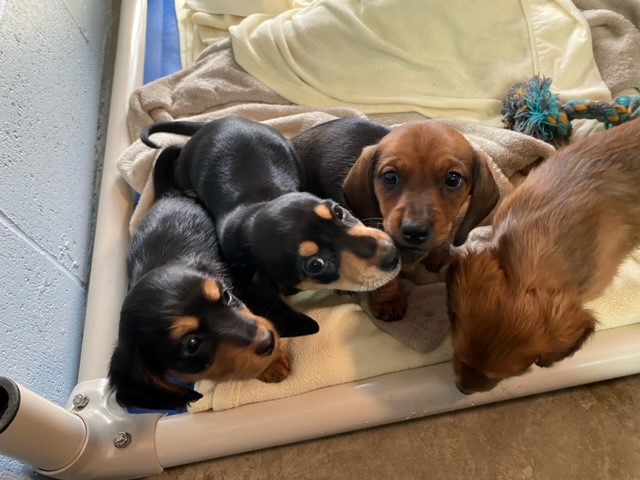 “We had attended the property and given the owner opportunities to improve the conditions for the animals as is required by our legislation,” she explains. “When the owner did not comply, a warrant was obtained to remove the dogs for their safety and wellbeing.”

Drever adds that large-scale intakes of animals like this put an immense strain on the organization’s resources. Fortunately, the miniature dachshunds are receiving veterinary care and behavioural support. They are not available for adoption at this time. 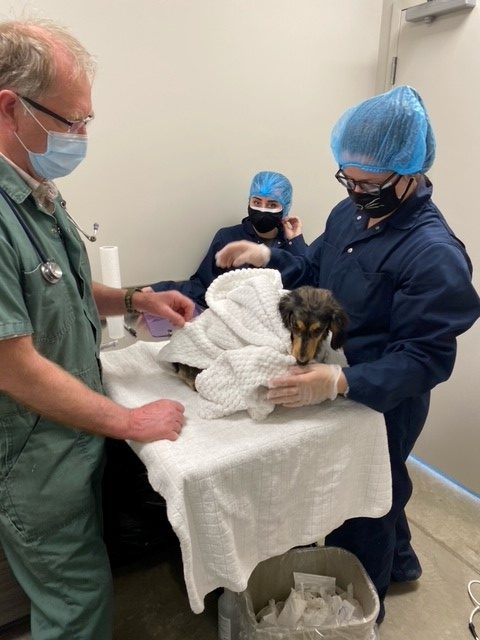