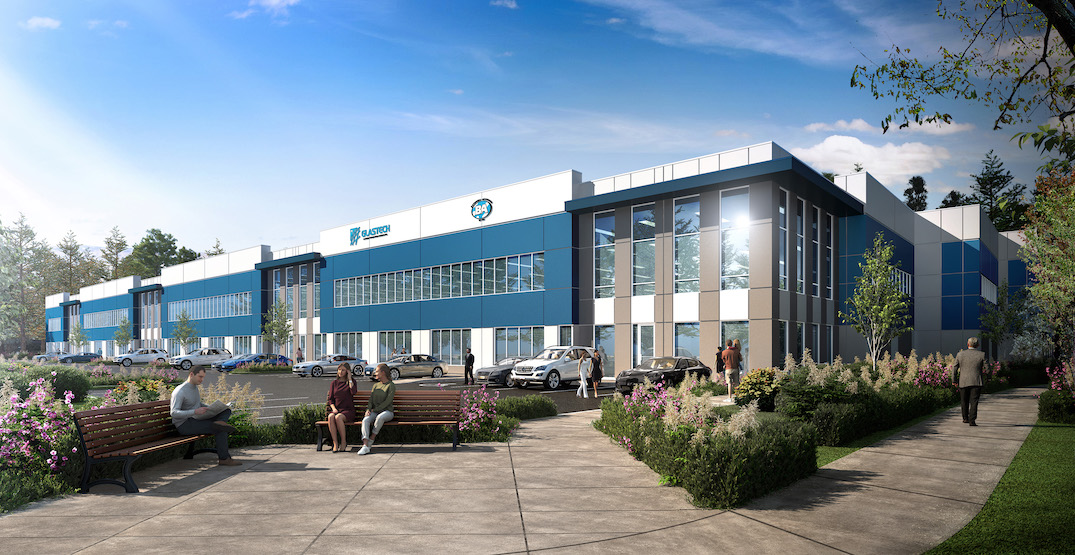 Construction firm Bothwell-Accurate is expanding its presence within Lower Mainland with a new facility at Campbell Heights Business Park in Surrey.

The Ontario-based company will consolidate its existing local operations at a new and expanded facility spanning 100,000 sq ft at 3435 194 Street, where warehouse and manufacturing operations will be brought under a single roof. As well, it will establish Bothwell-Accurate’s new Western Canada headquarters.

It is anticipated the new manufacturing hub and headquarters will accommodate up to 600 direct and indirect jobs in the region. The company specializes in waterproofing, architectural metal, and roofing project requirements.

Bothwell-Accurate states it initially intended to lease a new space for its expansion, but ultimately decided to purchase property to build a purpose-built facility instead.

Soaring industrial space rents due to high demand and record-low space shortages made it more financially feasible for the company to buy space, instead of leasing their requirements. According to an Avison Young industrial space report last fall, Metro Vancouver’s average industrial rental rate went up by 53% over the past five years.

With a space shortage and soaring rents, the challenging industrial real estate market could negatively impact Metro Vancouver’s ability to attract new businesses and investments requiring industrial space, including construction service companies like Bothwell-Accurate, which have a ripple impact on the overarching construction industry.

The space shortage conditions persist despite 1.2 million sq ft of new construction completed during the fourth quarter of 2021, offset by strong levels of pre-leasing. Currently, in response to demand, there is a record high of 9.4 million sq ft of industrial space under construction in the fourth quarter, with 77% of this space already pre-leased. Over the short- and long-term, even more new additional industrial space is required to increase availability to healthier levels, and reduce the upward pressure on rent increases.

Construction on Bothwell-Accurate’s new facility is expected to start early this year. The project will be developed by Cedar Coast Properties, and built by Orion Construction.

“The challenges of finding and securing industrial space to lease or own in the Lower Mainland is well documented. Space and land are limited and lease rates are climbing. It’s tough out there for industrial companies to find enough space, or the right space, and to meet the needs of their businesses while contributing to our rebounding economy,” said Cavin Green, the vice president of operations at Cedar Coast Properties, in an email to Daily Hive Urbanized.

“Our company values contributing to the local economy through our developments, and we’re thrilled that this new building will be adding important, skilled jobs in Campbell Heights Business Park — an area that is home to several of our industrial projects, amongst others across Metro Vancouver.”

The northern area of Campbell Heights spans about 1,900 acres of developable industrial lands, which is expected to be fully built out with industrial and other large-format commercial businesses by the end of this decade.