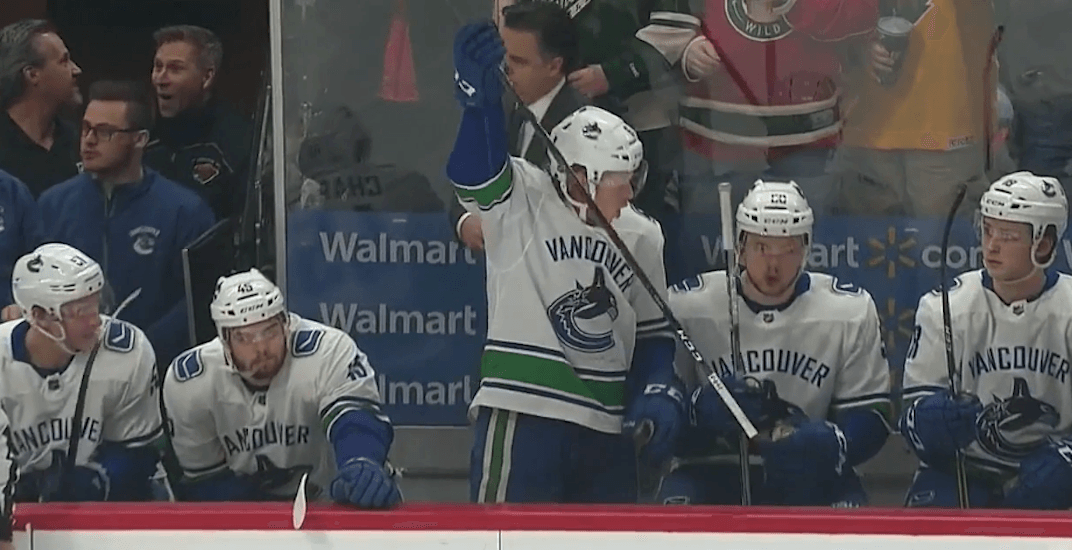 Sunday was one hell of a day for sports fans in Minnesota.

Not only did they get to see the Vancouver Canucks live and in person (stop laughing), they got to witness their NFL team pull off one of the greatest last-second comebacks in playoff history.

On a day in which the Twin Cities hosted games for the Wild, Timberwolves, and Vikings; it was clear where everyone’s attention was. It was on Stefon Diggs, the Minnesota Vikings, and the ‘Minneapolis Miracle.’

A radio call to remember!

The Wild moved their game time back one hour, so as to not interfere with the football game. Smart move too, because nobody was leaving the concourse for Canucks-Wild.

The national anthem was played to a mostly empty arena, with everyone glued to the final moments of Vikings-Saints. This was the scene:

Meanwhile across town, the Timberwolves were warming up for their game against the Portland Trailblazers. Fans watched the last-second touchdown on the big screen:

Timberwolves fans were still fired up as the game started, doing the Viking clap.

Prior to puck drop for the Canucks game in St Paul, they announced that the Vikings won in the arena. The usually stoic Brock Boeser was pretty excited. Look at him. He’s standing, banging his stick, fist pumping, yelling. I don’t think he shows that much emotion when he scores a goal.

Boeser grew up with Packers colours in his room, but his allegiance has certainly shifted.

A Minnesota native, Boeser has extra reason to cheer for his hometown team nowadays. That’s because his girlfriend, Vanessa, is a Vikings cheerleader. 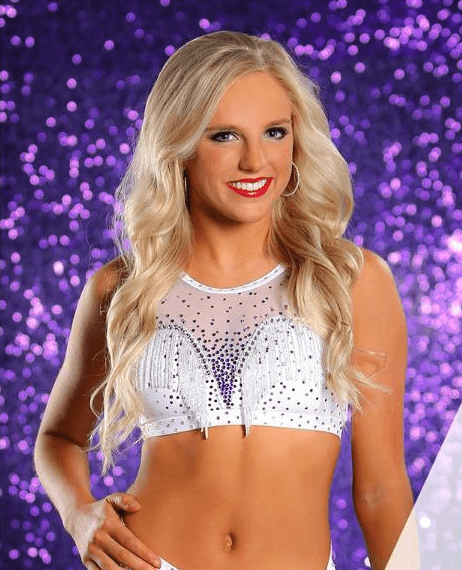 Boeser is actually a fan of both the Packers and Vikings, something that is sacrilege for many people in the Midwest.

Boeser said he’s a @packers fan AND a @Vikings fan, which gets a big reaction in Minnesota. He grew up cheering for Favre, switched to Vikings because his brother married a Minnesota cheerleader. Now Boeser’s girlfriend is a Vikings cheerleader. #BringItHome

“I grew up in Madison, Wisconsin, so I’m a cheesehead,” said Boeser’s mom Laurie, explaining the complicated relationship their family has with the two teams in an interview on the Sportsnet broadcast. “My family is all Packer fans.”

Despite registering six shots on goal, Boeser failed to get a point in the game. That won’t matter much to him though, as the Canucks won the game in overtime.

Boeser was greeted by family and friends post-game. It seems he’s converted more than a few of them into Canucks fans.

If you’re looking for @BBoeser16 over the reading break, he’ll be here, hugging his way through family & friends. pic.twitter.com/oNJY9d42EJ