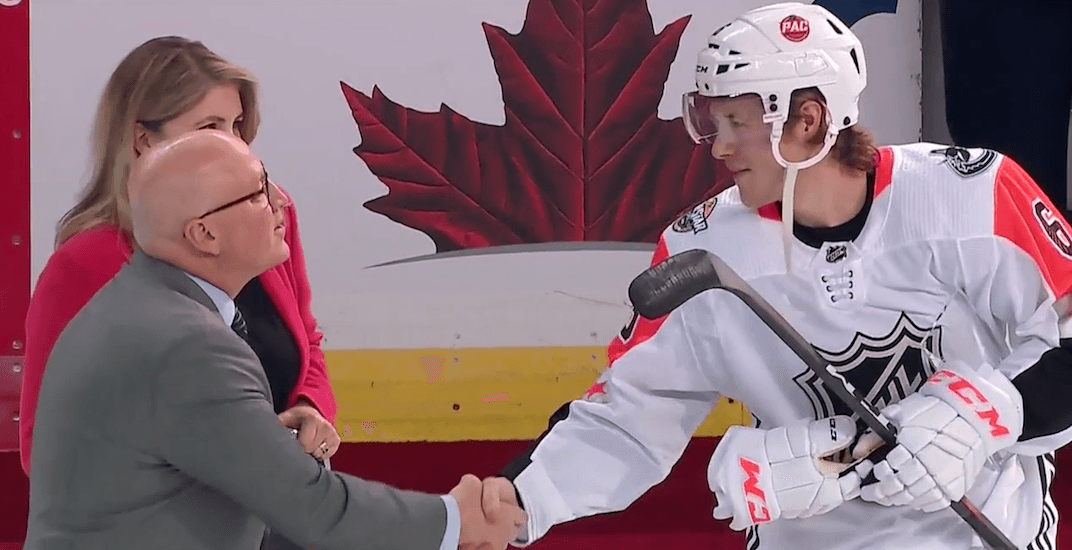 When fans were invited to vote for who should play in the 2018 NHL All-Star Game less than two months ago, Brock Boeser wasn’t even on the ballot.

But after a spectacular first half of the season, the Canucks rookie was an easy choice to make the team. The only first-year All-Star playing on Sunday, Boeser stood out from the crowd, being named MVP.

The 20-year-old made history, becoming the first-ever Vancouver Canucks player to be named NHL All-Star MVP.

Boeser scored the game-winning goal for the Pacific Division in their first game of the four-team three-on-three tournament with a rocket to the top corner.

It was reminiscent of his performance a day earlier, when he won the accuracy shooting competition.

Boeser added a less spectacular goal, scoring on a rebound, against the Atlantic Division in the Final.

He assisted on a Johnny Gaudreau goal as well.

The MVP Award was decided by fans on social media, by using the hashtag #NHLMVPBoeser. Given that Boeser Mania is running wild in Vancouver (and elsewhere, perhaps), we shouldn’t be surprised that he garnered the most votes.

Players from the Pacific and Atlantic divisions are eligible to be crowned MVP – vote using the hashtags below. pic.twitter.com/AOIep861ct

As part of winning the MVP award, Boeser receives a brand new car – a 2018 Honda Clarity Plug-in Hybrid. Not only that, but because Boeser’s team won the All-Star tournament, he’ll split a $1 million cheque with his teammates.

Boeser made himself some coin from this weekend:

The best part? Boeser said he’ll probably give the car to his sister.

Think he’ll be on the ballot next year?