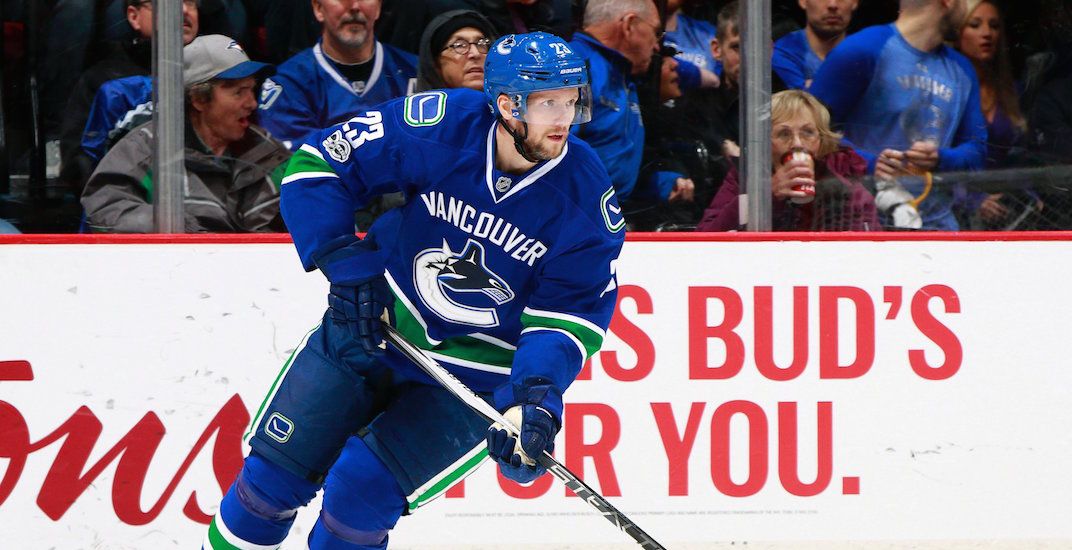 Ask a Canucks fan on the street what he thinks of Alex Edler, and you’re likely to get a negative response.

Often criticized for what he isn’t, the mild-mannered Swede doesn’t get enough attention for his importance to the Canucks – a team he has played on for his entire 12-year career.

Since 2010, Edler has led the Canucks in average ice time in seven of eight seasons. Playing 23:56 per game since then, the only time he didn’t lead the Vancouver in minutes was during John Tortorella’s lone season behind the bench in 2013-14 when he was second to Dan Hamhuis.

The Canucks’ other three coaches during that time period – Alain Vigneault, Willie Desjardins, and Travis Green – all trusted Edler to log the most minutes for a reason.

He’s the best they got. He’s not Norris worthy by any means, and perhaps he’s not as good as people thought he could be when he laid out Drew Doughty with a big hit in the 2010 playoffs.

Even as he approaches his 32nd birthday, he’s a key cog on one of the league’s best power plays. With 17 points in 36 games, he’s on pace for 33 points this season, which would be his highest offensive output sine 2011-12.

An area where fans have criticized Edler is in the plus-minus category (he’s -5 this season). While being a minus player isn’t anything to be proud of, it’s a severely flawed stat – particularly for good defencemen on bad teams. Consider that this season Oliver Ekman-Larsson (-36) and Erik Karlsson (-23) are at the bottom of the league in terms of plus-minus – with Brent Burns (-20) not far behind – and you can see why.

There’s a reason why advanced stats experts are fans of Edler. A skilled defender and an efficient puck mover, he’s usually near the top of the Corsi-For percentage category for Canucks defencemen.

So despite the fact that he didn’t turn out as good as many had hoped way back when, Edler has had a fine career. And soon, he will prove it.

Edler is closing in on a major milestone with the Canucks, just eight points back of Mattias Ohlund for the franchise record for defencemen. 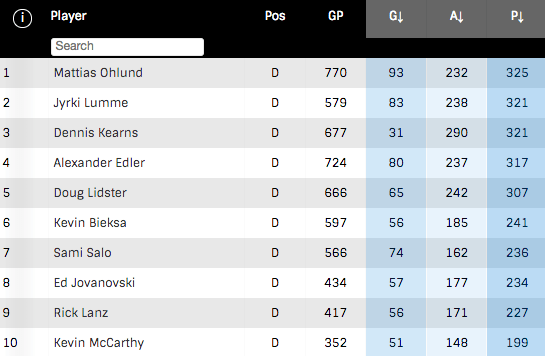 With another year left on his contract, he’s likely to pass Harold Snepsts (781) on the franchise’s all-time games played list by a blueliner next season – and the goals and assists records (held by Ohlund and Dennis Kearns, respectively) aren’t out of the question either.

And in terms of power play points, Edler stands alone among Canucks defencemen as of Tuesday.

Whether you like it or not, Edler is without a doubt one of the best blueliners the Canucks franchise has ever had. Perhaps that says something about the history of a franchise that’s never had a Norris Trophy calibre d-man, but it also speaks to why so much of the criticism he’s received over the years is undeserved.

As he enters the twilight of his career, he ought to be appreciated for what he has done – which is significant – rather than what he isn’t.