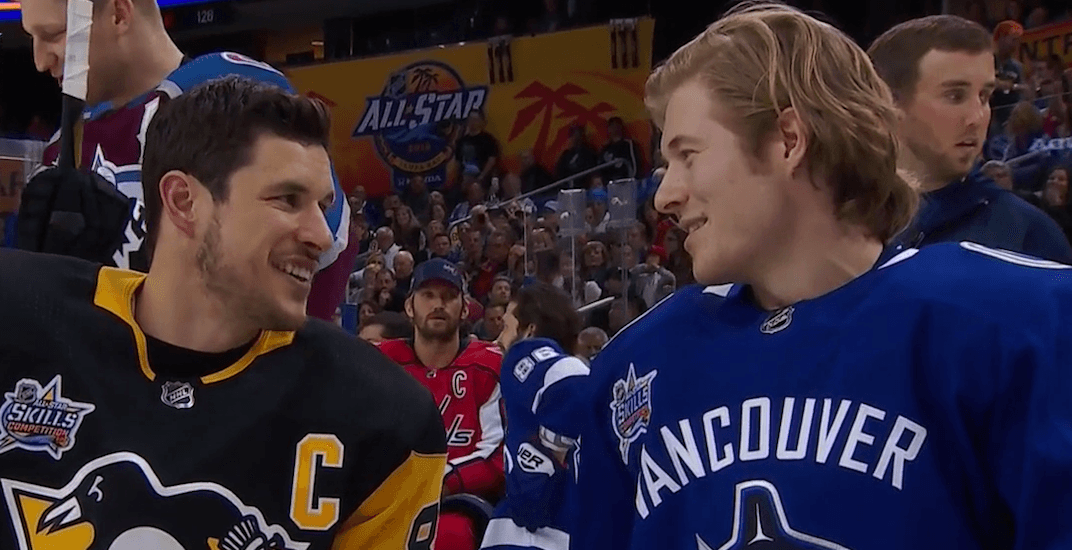 He’s a star among stars.

With the spotlight firmly on him at the NHL All-Star Skills Competition in Tampa Bay on Saturday, Canucks winger Brock Boeser rose to the occasion.

The NHL’s only rookie in the All-Star Game this year, Boeser made his mark in the accuracy shooting competition. Not only did Boeser beat the star-studded competition that included Sidney Crosby and Steven Stamkos, one of his shots was so hard that it broke one of the targets. 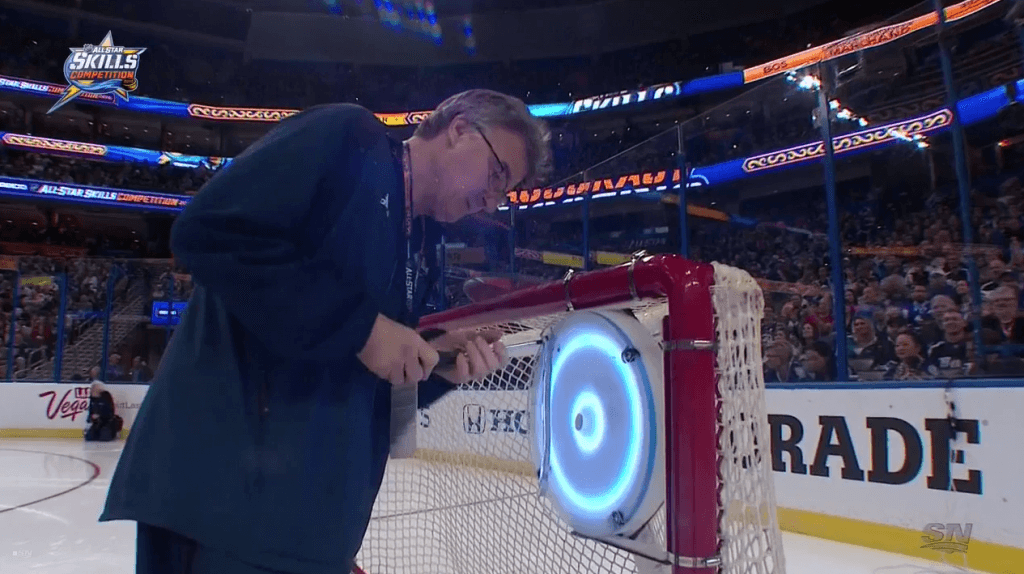 For the first time, the accuracy shooting competition included LED lights, alerting players of which target they needed to hit. Boeser’s lightning-quick release allowed him to get eight shots off, connecting on all five targets.

“I was just trying to grip it and rip it,” said Boeser in an interview with Hockey Night in Canada’s David Amber, adding that he didn’t think about hitting the targets too much.

How did he prepare for the event?

“Just show up and shoot the puck.”

Boeser’s time of 11.136 seconds was the fastest of the eight players in the competition. It’s no wonder that the 20-year-old leads the Canucks with 24 goals in 46 games this season.

Here are the official times in the accuracy shooting competition:

Afterwards, Boeser shared a long chat with Sidney Crosby, who he said wanted to come over and meet him.

This is the third time that a Vancouver Canucks player has won the accuracy shooting competition, with Daniel Sedin winning in 2011 and Markus Naslund sharing the title with Jarome Iginla in 2002.

Other skills competition winners this year include:

Boeser will play in the three-on-three All-Star tournament on Sunday with the Pacific Division All-Stars.