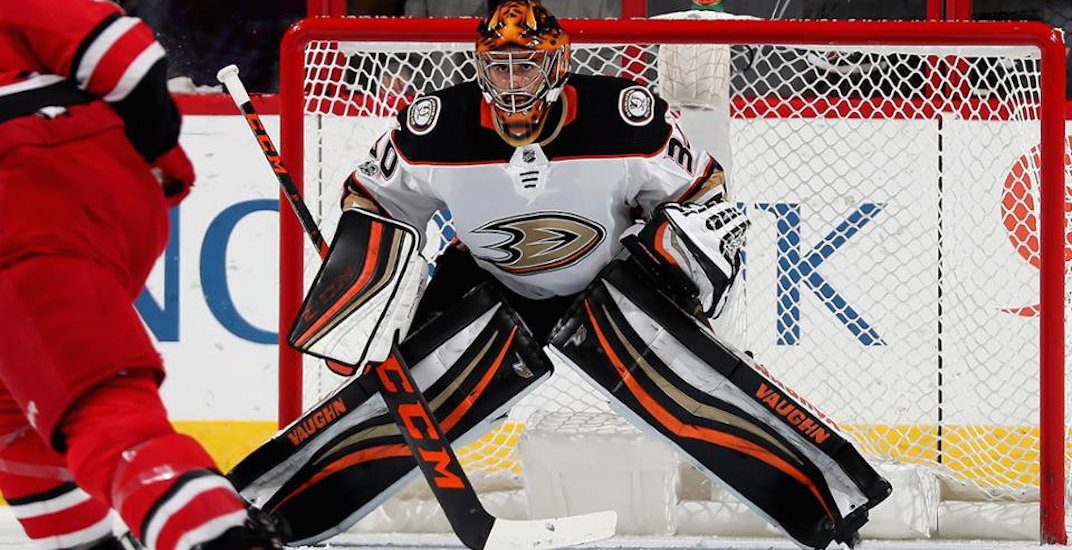 It hasn’t been easy playing in goal for the Vancouver Canucks in recent years.

With a points percentage of .441 over the last three seasons, only Arizona has been a worse team than the Canucks (.423).

Just how bad have the #Canucks been over the last 3 seasons? They're 2nd-last in terms of points percentage (.441). Only Arizona is worse. pic.twitter.com/ogMNry0F6B

Playing behind one of the worst teams in the NHL can’t be easy, and Ryan Miller knows all about that. Following time with some terrible teams in Buffalo, the former Vezina winner played three seasons in Vancouver.

It hasn’t been any easier for Jacob Markstrom, who is playing the bulk of games for the Canucks this year:

“We played a 60 minute game the other night. I don’t know what happened tonight. I need to have back to back good games for the guys. This us tough.” – Markstrom

The 37-year-old goaltender appears to be having a more pleasant time this season, after signing a two-year contract with the Anaheim Ducks. That was never more evident than on Thursday night when Miller became just the sixth goaltender to win an NHL game without registering an official save.

MILESTONE: @RyanMiller3039 recorded the win tonight without making an official save (stopped all five shootout attempts), becoming the fifth goaltender (sixth instance) to do so in the last 40 years.

Miller entered the game against the Winnipeg Jets with 6:40 remaining in the third period after starting goaltender John Gibson left the game with an injury. With the game tied 3-3, Anaheim didn’t surrender a single shot on goal for the remainder of the period.

The Ducks dominated overtime, outshooting the Jets 6-0, but were unable to score.

Miller stopped all six shots he faced in the shootout, so he did contribute, though those don’t count as official saves. Anaheim won the game 4-3.