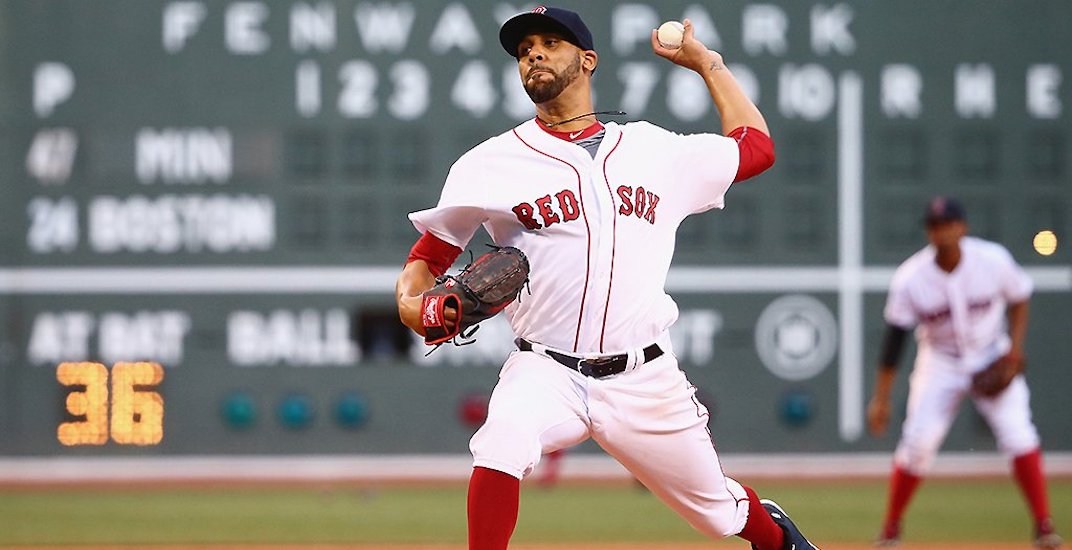 Just as the Toronto Blue Jays have moved out nearly every remaining piece from their playoff teams in 2015 and 2016, there’s talk of bringing a key piece back.

The Blue Jays and Boston Red Sox are talking trade according to a report from The Athletic’s MLB insider Ken Rosenthal.

The 34-year-old left-handed pitcher helped lead the Blue Jays to the 2015 postseason, going 9-1 in 11 starts after a trade deadline deal with the Detroit Tigers. He had less success in the playoffs and left for Boston as a free agent in the offseason.

The Red Sox are trying to shed Price’s salary, as he is owed $96 million on the final three years of his contract — though the Red Sox would likely have to pay a portion of Price’s contract to find a taker.

Very curious to see how aggressive #BlueJays get from here on out this winter.
There’s legit legs to the David Price stuff, that was swirling back in November, but Red Sox will have to pay somewhere in the neighbourhood of $50 million.
Atkins might be interested at 3/$46M-ish.

The Price rumour comes at the time where the Blue Jays need pitching help, despite signing Hyun-Jin Ryu to the richest free agent pitching contract in franchise history.