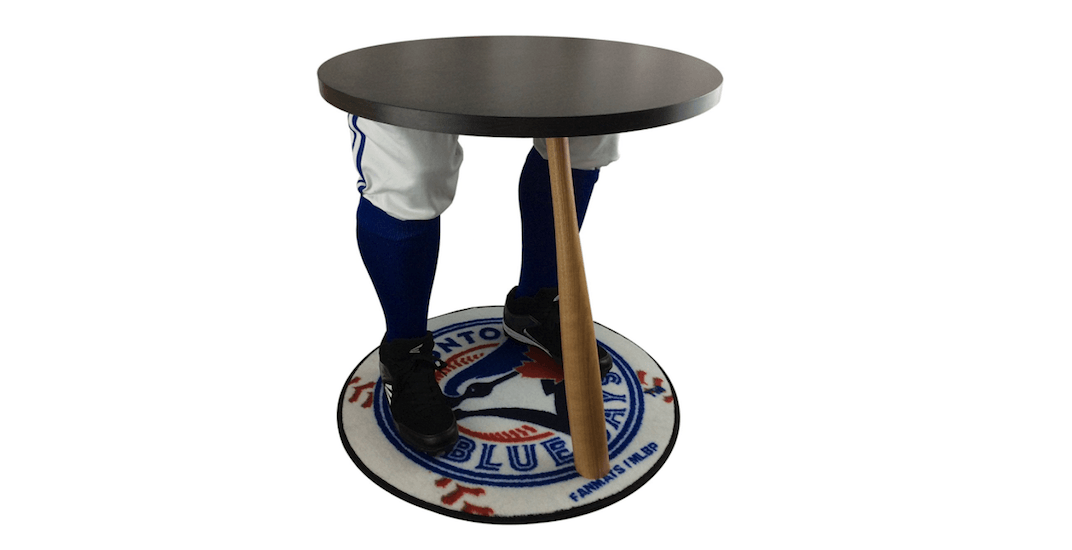 What do you get the Toronto Blue Jays fan that has everything? You get them a gift so ridiculously expensive – so completely bizarre – that they can’t even comprehend how to react when they open it.

That’s how you know you’ve given an unforgettable Blue Jays gift.

Your bank account may be devoid of a few thousand dollars, but at least you’ll have the satisfaction of knowing that person has no clue why you just spent a ludicrous amount of money to prove a point.

It’s the giving season after all, and this list was inspired by Rachael McDaniel of BP Toronto’s collection of weird and unusual Blue Jays merchandise available online.

For that baseball fan on your list who already has it all, here’s how to utterly impress and confuse them with some of the most nonsensically expensive and bizarre Blue Jays holiday gifts you can find. 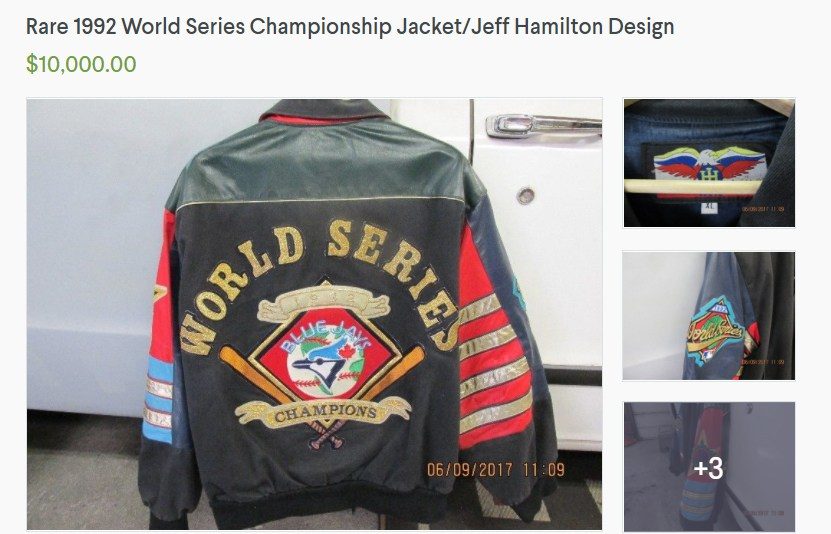 Yes, that is somehow a $10,000 1992 Blue Jays World Series jacket. Like most things from the nineties, it’s oversized, gaudy and it costs about as much as a car.

If you were a child of the nineties, at some point or another, you may have dreamt of getting a phone call from your favourite Blue Jays player. If that player was the slick-fielding Devon White, then you can let someone you love ask those burning questions to the former World Series champion.

Five minutes doesn’t seem long enough for a phone call from a Blue Jays legend. One can imagine the first four minutes of the conversation going similar to how Chris Farley interviewed Paul McCartney on “The Chris Farley Show”.

“Do you remember when you made that catch in the World Series and Kelly Gruber tagged Deion Sanders but that umpire didn’t call the triple play? That was awesome.”

Have you always wondered what a table would look like if it were held up by the disembodied legs of a Toronto Blue Jays player? Wonder no more! Now you can order your very own Blue Jays table and matching floor mat.

The fact that the legs of the table are constructed to look like a baseball player’s legs is especially frightening and looks like something out of a horror flick. 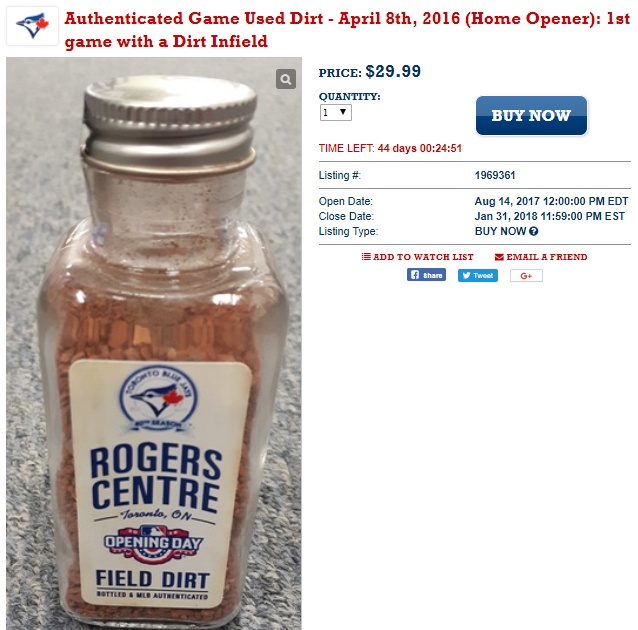 In comparison to the rest of the items on the list, this one is fairly affordable. But the fact you’re paying for dirt – DIRT – puts it on this list.

This particular soil was taken from the very first game when the Blue Jays started playing on an all-dirt infield at the Rogers Centre. It’s a cool memento to give as a Christmas gift and at $29.99 for a small bottle, it’s the Mercedes of bottled dirt. 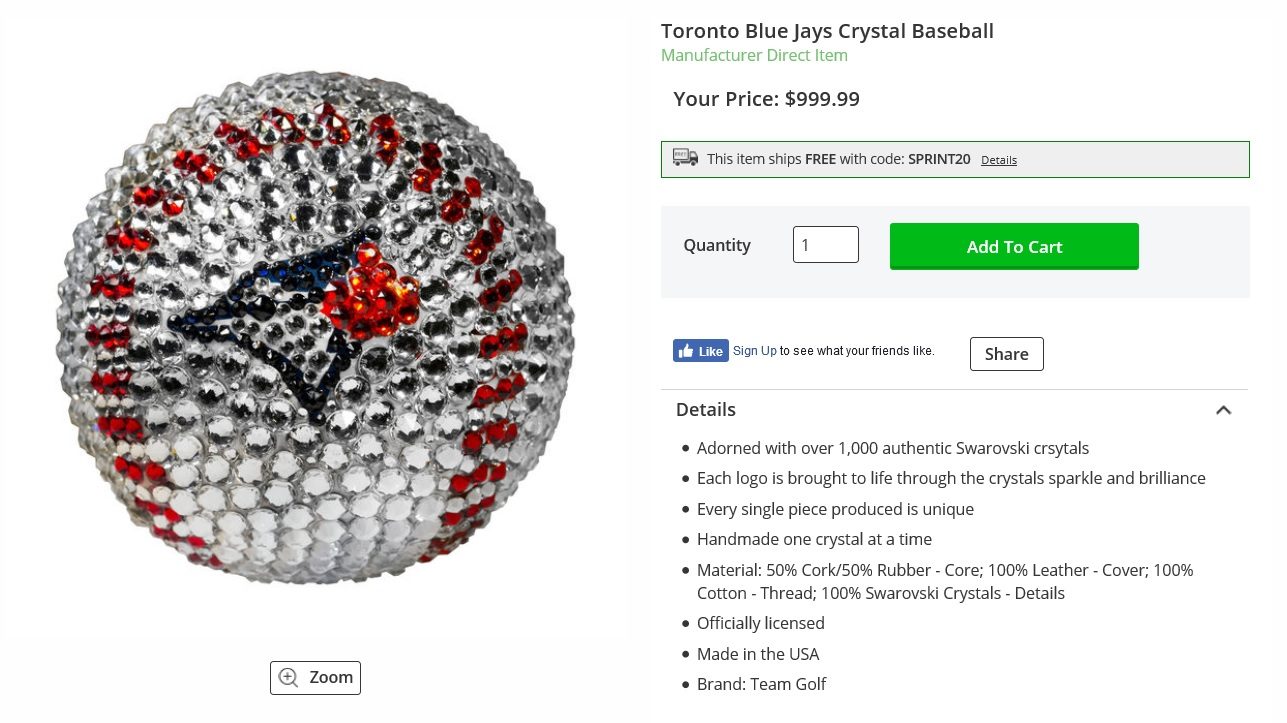 The world never really asked for a Swarovski-bejeweled Blue Jays baseball, but it’s getting one anyway. Somebody on your Christmas list could unwrap this baseball with over 1,000 Swarovski crystals on it.

From the department of “why does this even exist?”, you can gift an original Toronto Blue Jays 1993 Betty Boop painting. The listing claims this is the very first of an ultra-rare run of only 125 of these unique prints.

It seems like this is something you’d see either in your grandparent’s basement or the local thrift store for $2, not over $2,000 CAD. 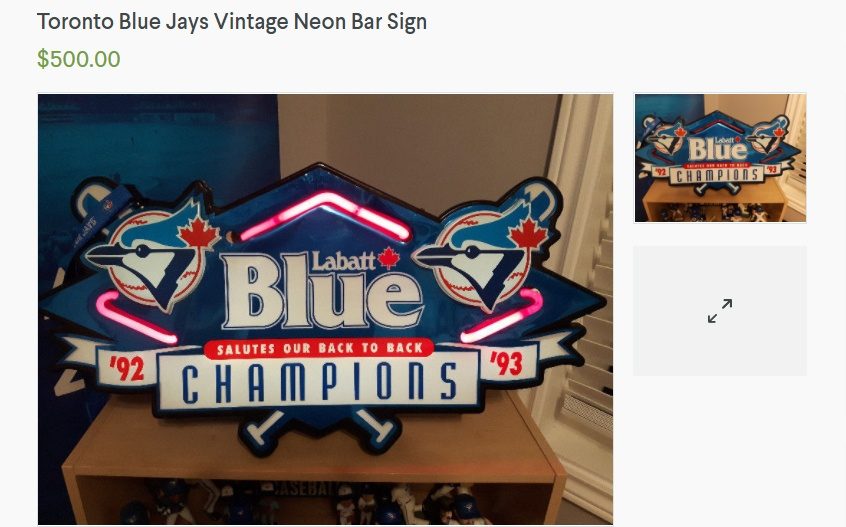 This one is actually pretty awesome. Yes, there’s nothing like the warm hum of an old school neon sign. Since this sign is over 25 years old, that pink neon may be harmful to your health, but damn it if it doesn’t look beautiful.

Surely, this neon sign would look great in the garage of that friend of yours who has way too much money.

If money has no bearing in your life, you can commemorate the Blue Jays’ first World Series championship with a pair of cuff links made from the team’s 1992 World Series rings.

The listing claims the rings once belonged to a Toronto Blue Jays executive and the description on the listing is extremely vague, so it must be legit, right?