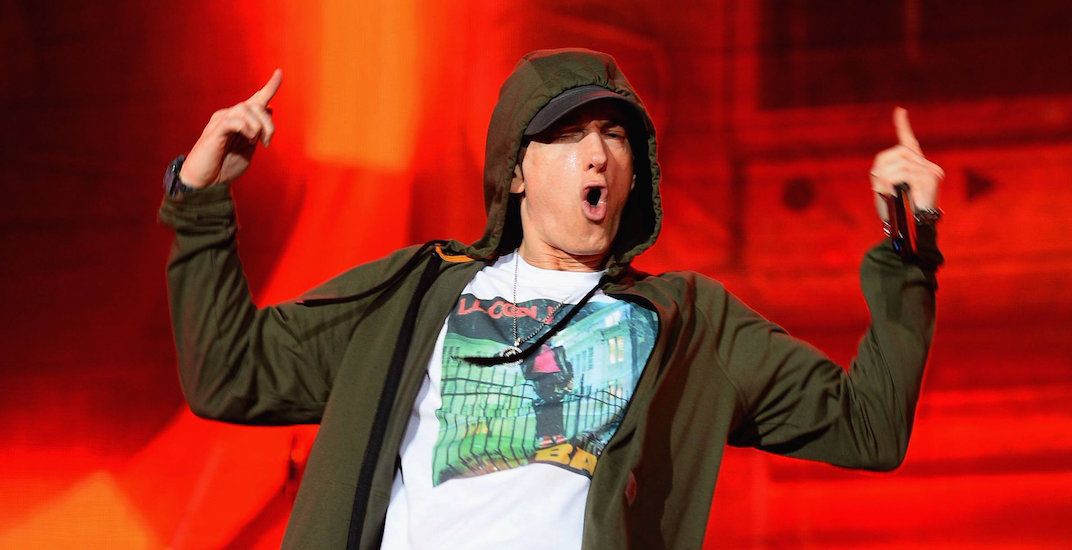 Eminem released a new album on Friday, containing one song that will be of particular interest to fans of the Toronto Blue Jays.

While sports teams and hip hop music are often intertwined, the Jays aren’t exactly a lyrical staple. Eminem, who is from Detroit, wouldn’t typically have much reason to mention them either.

But he did this time.

“In a Toronto Blue Jays cap, lookin’ like your college roommate.”

The album is called Revival, and the single that mentions the Blue Jays is called Framed.

Here’s the verse that mentions the Jays:

Still on the loose they
Spotted me inside McDonald’s, Tuesday
In a Toronto Blue Jays cap, lookin’ like your college roommate
With Rihanna, Lupe, Saddam Hussein, Bobby Boucher
Or was it Cool J? The cops is on a goose chase
Just escaped from the state pen
For rapin’ eight women who hate men
Don’t make it no weirder, I’m naked
When I break in your basement
Under your baby’s play pen, I lay and wait adjacent
Facin’ the door, remainin’ patient
While stayin’ complacent blatant
Sexual implications are continuin’ to get thrown
Insinuations are placed in little riddles and poems
Left on your pillow in hopes, that when you get home
You’ll get the hint, ho: I’m in your window
But it never occurred to me I could describe a murder scene
In a verse and be charged with first degree
‘Cause it just happened to match up perfectly
With the massacre or the Burger King burglary
No, officer, you see, I was framed