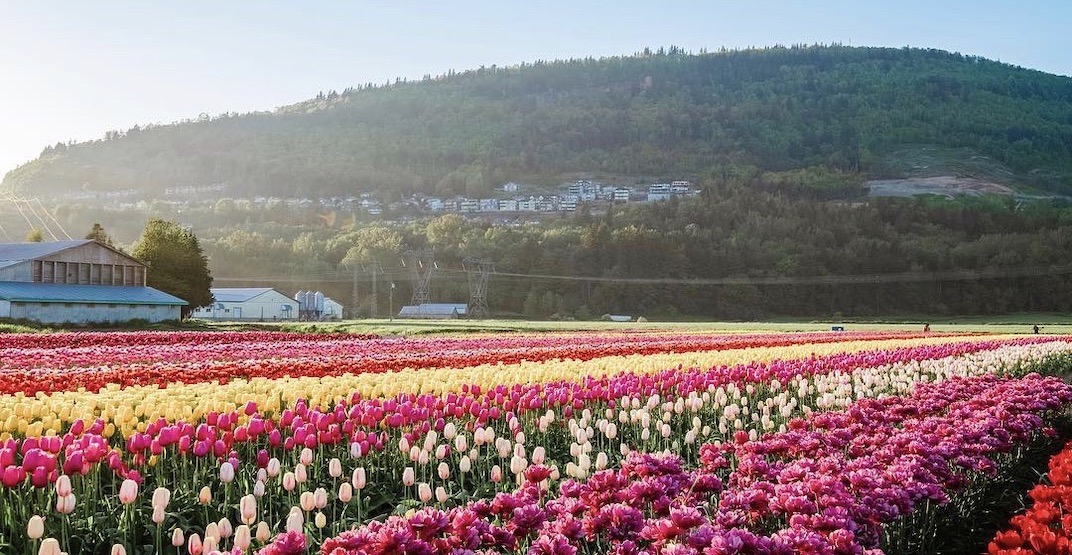 One of Fraser Valley’s largest and most popular spring events has announced that it is permanently shutting down.

Bloom, also known as the Abbotsford Tulip Festival, announced on Monday that it would be saying thank you and goodbye to its annual event.

The festival, which is typically held over the span of six weeks, began in 2016. It would draw up to 100,000 visitors between April and May, boasting 2.5 million tulips in full bloom.

Organizers say that there are several factors that impacted the decision to close the festival, one of them being the forced cancellation of last year’s event. The 2020 festival was cancelled in early April, although it briefly opened to one lucky winner and members of their household.

The land where the festival is typically held was also sold to new owners, which created further uncertainty for 2021 and future events. Alexis Szarek, founder of Bloom, says they’ve relocated to Armstrong, BC, with plans of eventually reopening the festival in the Okanagan.

“It’s a bittersweet feeling to say goodbye to the incredible community that supported our vision for the last few years,” Szarek says in a statement. “But we’re hopeful for the future of the event in our new community in the Northern Okanagan.”