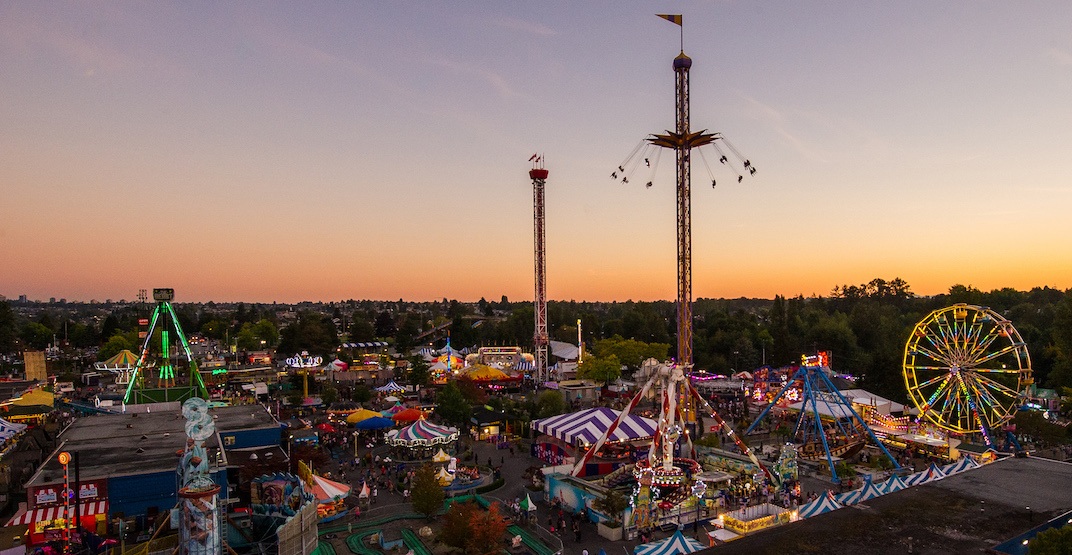 Playland at the PNE. (PNE)

There is an urgency for the federal and provincial governments to provide emergency operating funding to the Pacific National Exhibition to ensure its continuation this year and beyond.

As a non-profit entity under the municipal government, the PNE is a unique situation that has resulted in its ineligibility to access the Canada Emergency Wage Subsidy (CEWS). But other major fairs in the country, operating as independent entities, have been able to access CEWS, including the Canadian National Exhibition in Toronto, Calgary Stampede, Edmonton Klondike, and even the Cloverdale Rodeo and BC AgriFair.

This situation “clearly puts the PNE at a significant disadvantage in the present and in the post-COVID recovery period to come,” wrote Dominato.

“To date, the PNE has not received a single dollar from any recovery program at any level of government.”

The PNE has already mitigated its financial losses by freezing all spending, laying off all but essential services staff, and shutting down ventures and deferring capital payments with lenders. The organization has laid off 93% of its full-time union staff and 50% of its management.

Due to COVID-19’s impact on its event operations, the PNE has incurred $10.5 million in debt, which has seriously impacted its cash flow and ability to recover and stage programs in 2021, should restrictions on large events be lifted by provincial health authorities.

While there were drive-through events on the playgrounds and a drastically scaled-down Playland operating season, it is estimated the elimination of nearly all activities and events at the fairground in 2020 resulted in $52 million in cancelled revenues.

According to the 2019 annual report, the PNE saw net revenues of $8.66 million from Playland, $3.18 million from Fright Nights, $8 million from The Fair, $6.19 million from the Prize Home Lottery, and $2.4 million from venue and site rentals for events, concerts, and film and television productions.

If the PNE had been eligible for the wage subsidy, it would have received $3.6 million as of the end of November 2020 and nearly $6 million by June 2021, when CEWS is scheduled to end.

Prior to its ownership transfer to the City of Vancouver in 2004, the PNE operated as a provincial crown corporation for four decades.

City council’s approval of the motion directs Mayor Kennedy Stewart to write a letter to federal and provincial leaders to seek an urgent funding arrangement to not only help the PNE survive but also “work toward the larger recovery of provincial tourism, arts, and culture sector in acknowledgement of the important contribution and major role the PNE plays in this sector of the economy.”

A normal year at the PNE generates $200 million in local economic spinoffs, and it employs 4,300 people, including 250 full-time, 1,600 part-time, and 2,500 seasonal. Many of these part-time and seasonal positions provide low-barrier employment to students and other young people.

Prior to COVID-19, the PNE had a timeline within this decade to provide Playland with a complete revamp and expansion into a theme park, and a rebuild of the amphitheatre as a new 10,000-seat outdoor covered event venue. Both projects will provide the PNE with new long-term revenue.

Businesses and non-profit arts organizations in Granville Island also initially found themselves in a similar situation, unable to access CEWS, as their landlord is federal crown corporation Canada Mortgage and Housing Corporation (CMHC), but this was amended in July 2020 when the federal government provided Granville Island CMHC with $17 million in emergency operating funding.

City council also made a request to the federal and provincial governments to support Chinatown businesses and non-profit organizations, which have been unable to access subsidy programs for various reasons.