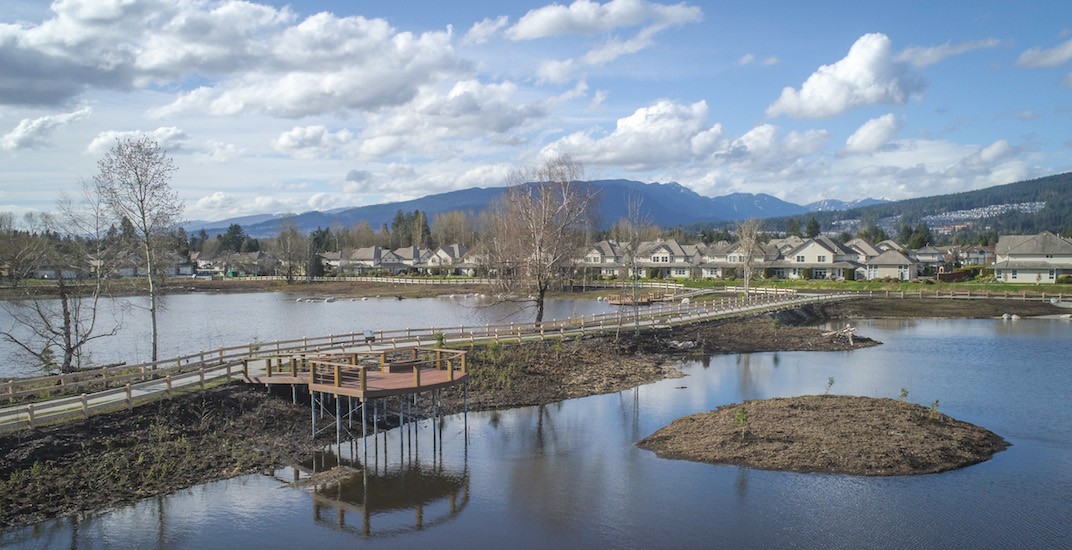 The City of Port Coquitlam is calling its newest major park an “urban oasis” that provides new wetland habitat for wildlife.

Construction on the new park began in spring 2017 and included the remediation of the contaminated soils. Contaminated areas were then capped off with clean soil, and phytoremediation plants were introduced to absorb and break down the heavy metals from the area’s industrial past. 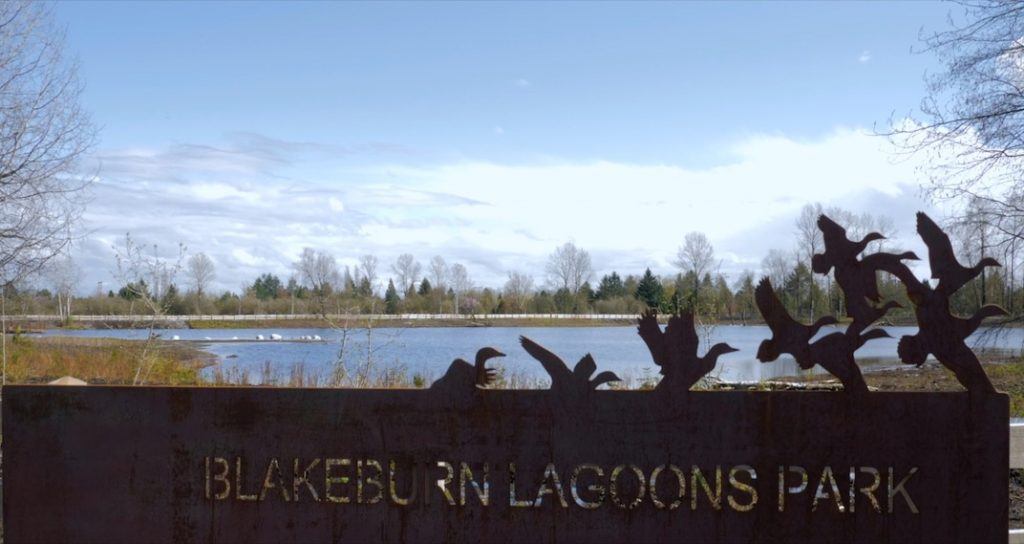 The park’s two lagoons were reshaped and deepened to create a wetland habitat for fish, bird, and other wildlife. Its area is divided into six ecological habitat zones, with over 100,000 indigenous shrubs and ground-cover plants, more than 1,300 indigenous trees, and two acres of native grasses.

Four ‘habitat islands’ have been created as wildlife-only areas. 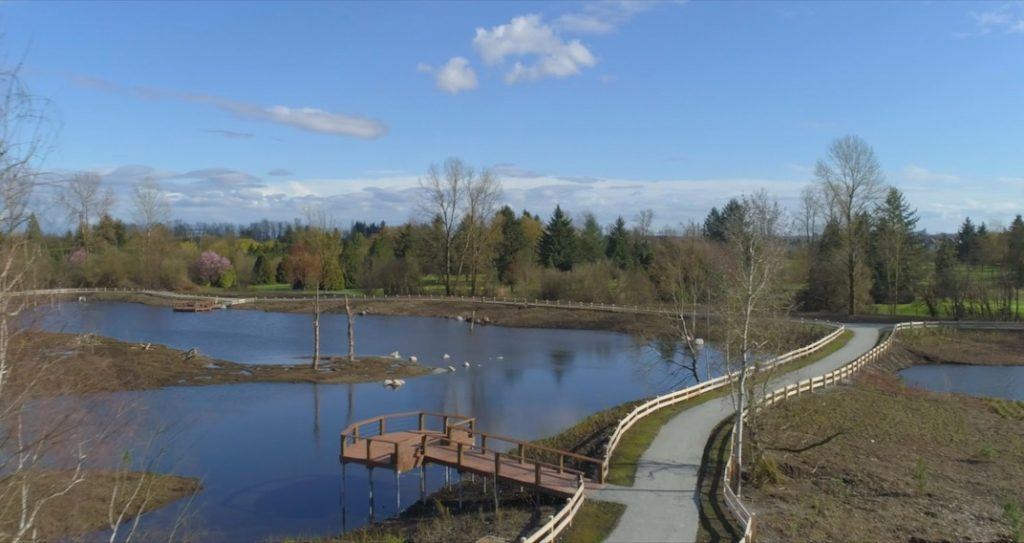 But there are also extensive park spaces for the public to allow interaction with nature. The park features 1.6 km of looped walking trails, seating, educational signage, a picnic area, and viewing platforms at key vantage points.

There are vegetation buffers that naturally establish ‘fencing’ to protect the park’s environmentally sensitive areas from public access.

Both lagoon water bodies are linked together, and water levels are replenished from the Riverwood neighbourhood’s stormwater runoff. 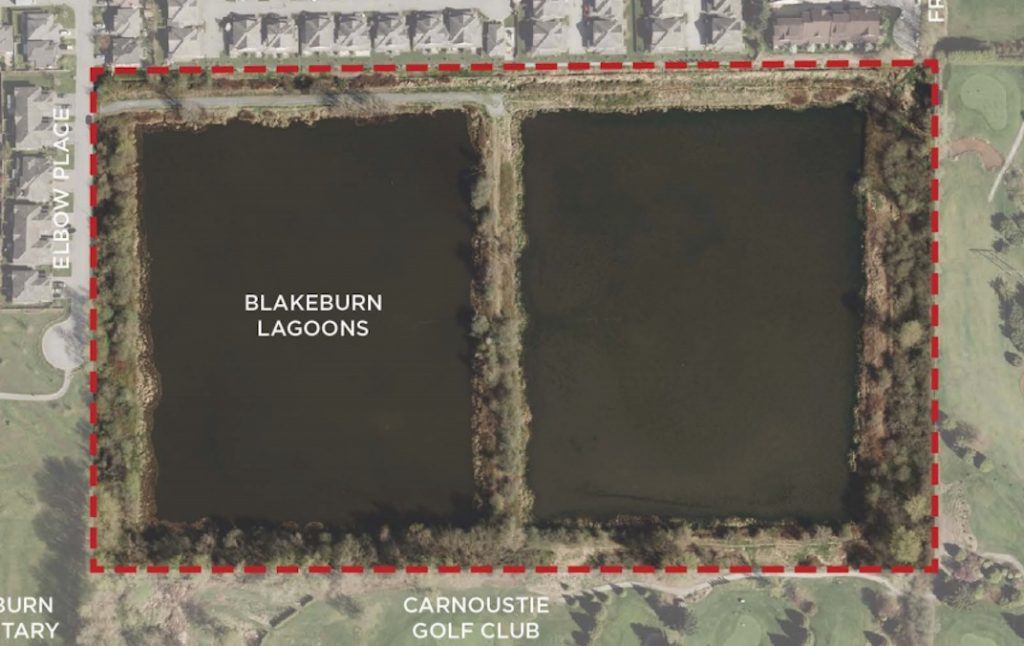 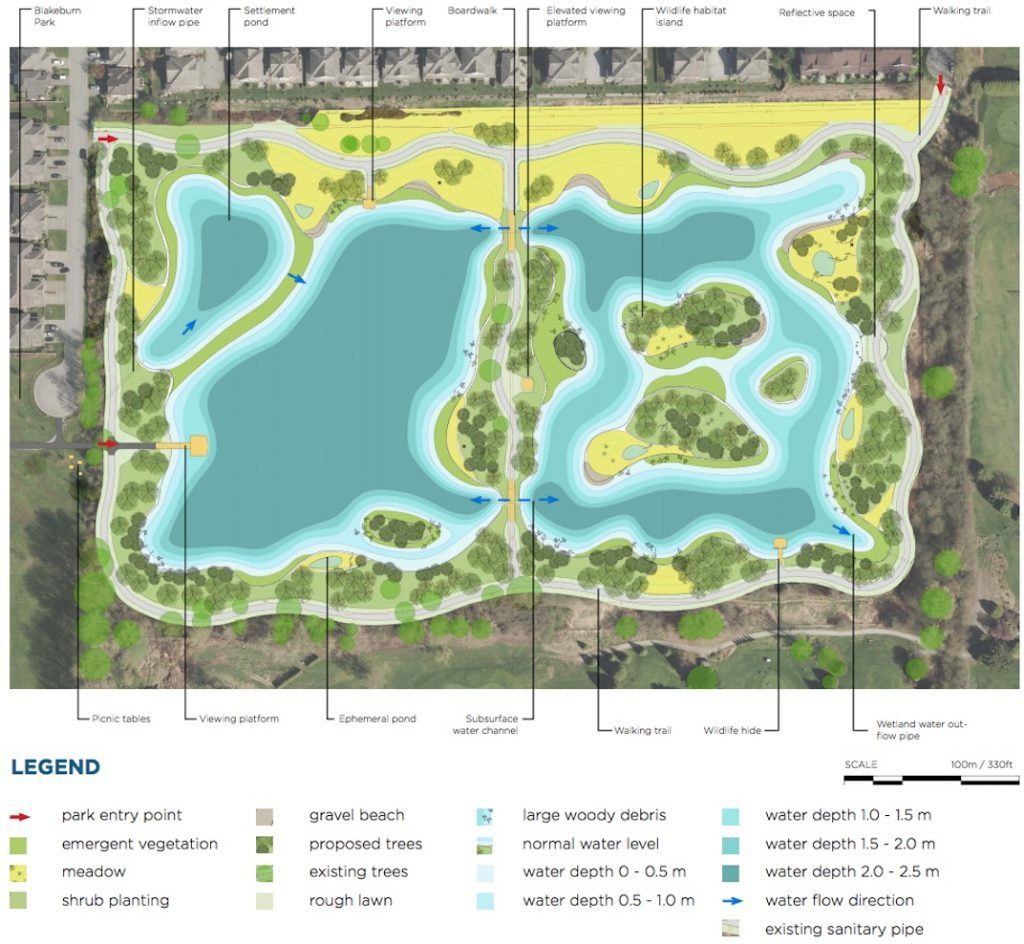 Over the years during the park’s elongated design and planning process, some have advocated that the new park should include a memorial for the victims of serial killer Robert Pickton.

The park is located just 100 metres north of the infamous pig farm site, where Pickton is believed to have killed many women. After the forensic excavations in the early 2000s, the former farm remains undeveloped and fenced off from the public. 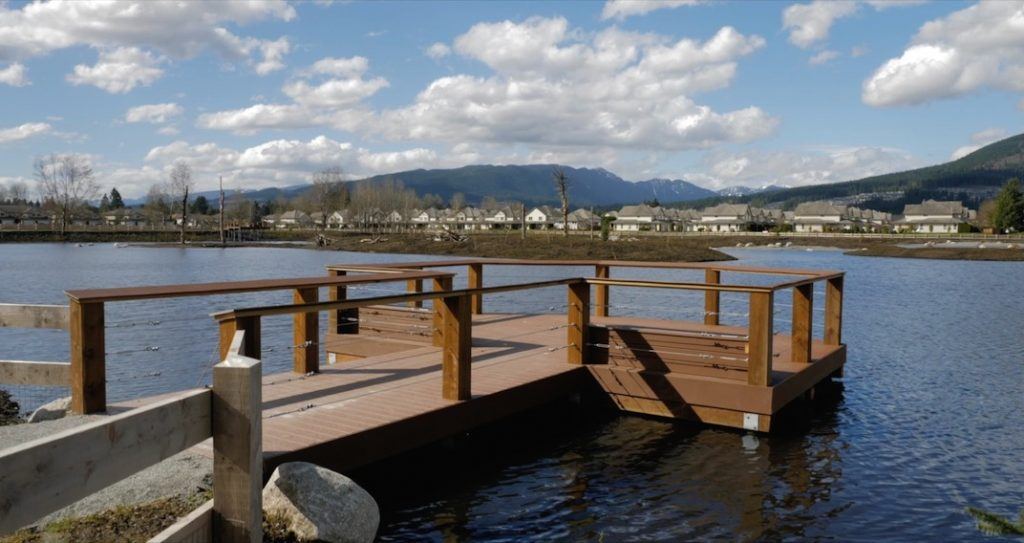 According to the municipal government, the park’s design does not incorporate an official traditional memorial to Pickton’s victims, but there is an informal “reflective space” memorial that is “intended to be a peaceful space” in the northeast quadrant of the lagoons. This space is bound by a seating area with a curved wood bench, a band of paver stones, and a plaque with an inscription that reads “a place to reflect, heal and honour.”

The park’s main entry point is located at the 2900-block of Elbow Place.