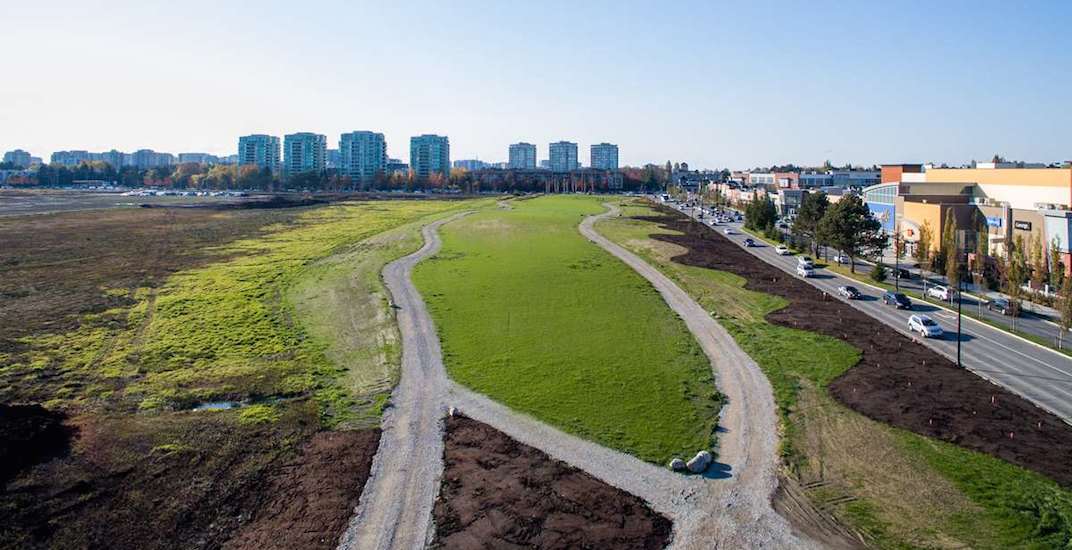 One of the first elements of the park space on the Garden City Lands in Richmond opened to the public this week.

The City of Richmond says a new 2.9-km-long perimeter trail loop can now be used by both pedestrians and cyclists to enjoy the natural beauty of the 137-acre park, located slightly east of Lansdowne Centre and immediately south of the Central at Garden City shopping centre in the city core area.

The perimeter trail is immediately adjacent to the roads that frame the park – Garden City Road, Westminster Highway, No. 4 Road, and Alderbridge Way.

“The Garden City Lands will become the green heart of our city,” said Richmond Mayor Malcolm Brodie in a statement.

“This spectacular open space on the edge of our City Centre is unique in supporting community farming and environmental preservation and providing tremendous recreational opportunities for the entire community. Opening of the trails is an important step in fulfilling the vision for this incredible jewel.” 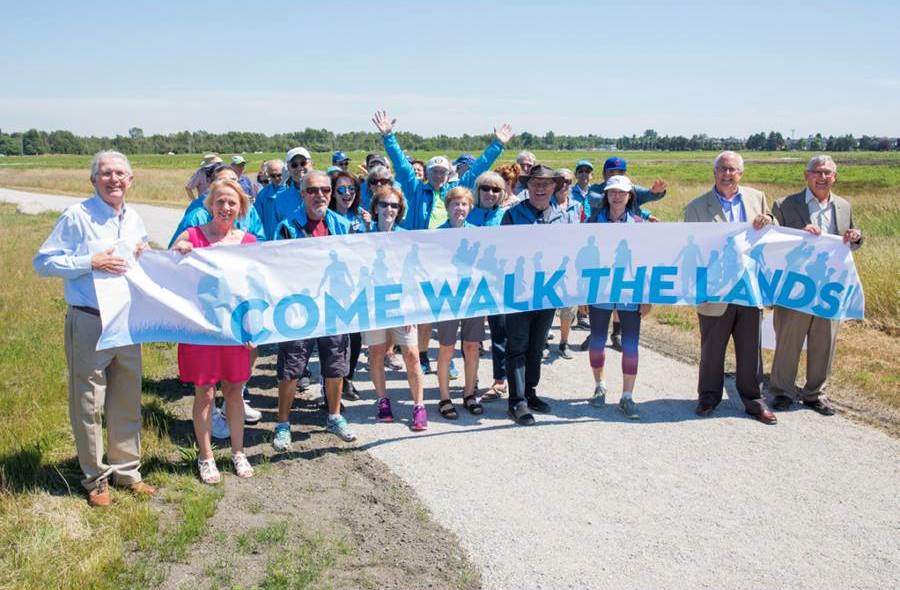 Other work conducted to date to transform the site into park uses include the planting of over 700 trees and 50,000 shrubs along the perimeter trail to enhance the site’s natural landscape.

As well, significant soil and drainage improvements have been made to support 50 acres of planned farming and urban agricultural uses, such as Kwantlen Polytechnic University’s (KPU) Sustainable Agriculture Program. KPU is now preparing its leased portion of the site for the first farming season.

These improvements will also help preserve the environmentally-sensitive, 70-acre bog area on the eastern half of the park site.

Future work to complete the park consists of boardwalks and lookouts, an extensive trail systems through the site, a community hub with gardens and spaces for events and festivals, public art and other cultural landscape elements, and an eight-acre “rise” mound at the northeast corner of the site with seating and picnicking, pathways, open grass meadow areas, and fruit and woodlot trees.

A designated wetland will act as both a natural collector for surface water drainage and a water feature for public enjoyment, and within the centre of the site will be a “sanctuary” area. 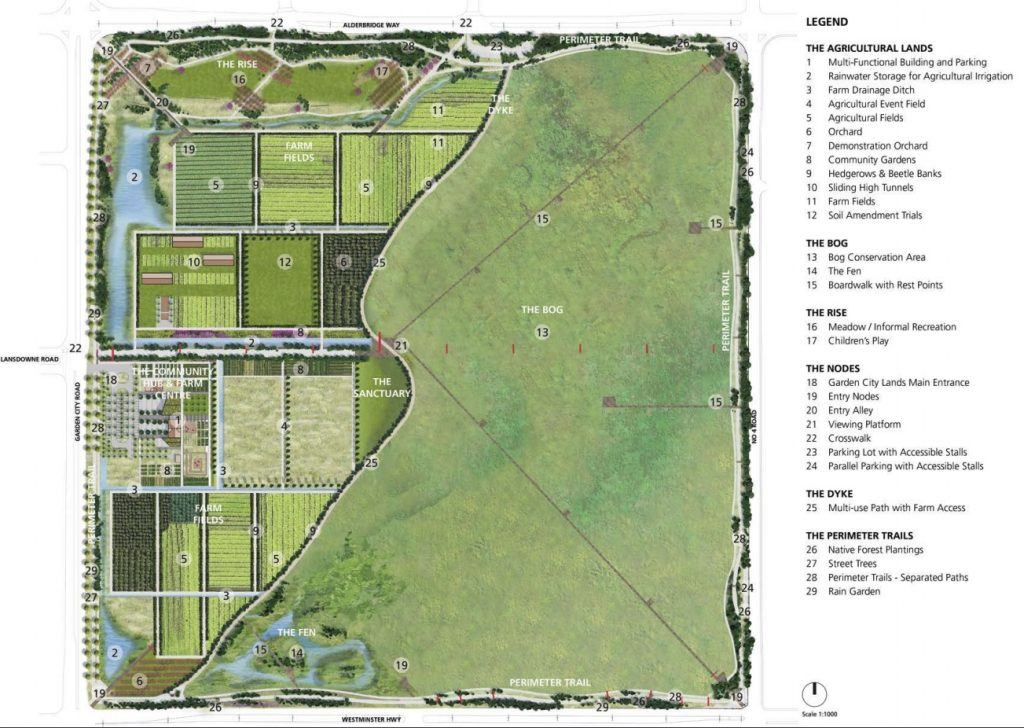 Garden City Lands Park master plan. Click on the image for an enlarged version of the map. (City of Richmond)

Earlier in the decade, Richmond City Council approved a plan to preserve and transform the Garden City Lands, which sits within the region’s Agricultural Land Reserve, as a public park with urban agricultural showcase features.

Previous axed redevelopment plans for the site included a resort with a hotel and a large convention centre and casino. And it was considered the site for temporary media facilities to become the International Broadcast Centre (IBC) for the 2010 Winter Olympics, but the IBC was ultimately moved to the new West Building of the Vancouver Convention Centre.

Richmond is also currently in the process of renewing and expanding its spaces and recreational facilities at Minoru Park.