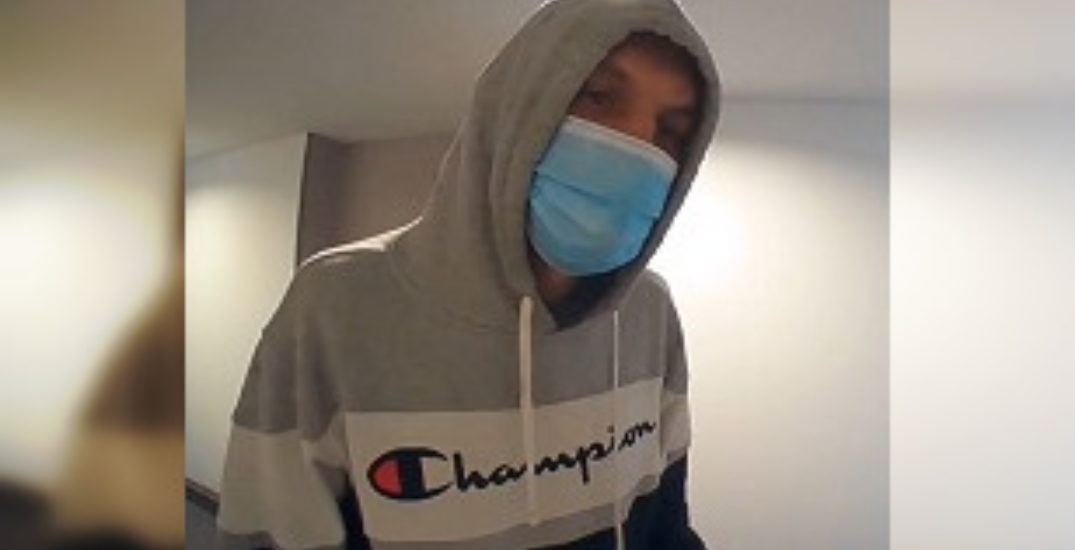 One man has been charged and a second suspect is outstanding after a Bitcoin ATM was stolen from a Metro Vancouver business last month.

Surrey RCMP announced multiple charges against 24-year-old Bryce Telford on Friday, including the alleged theft of a Bitcoin ATM from a Langley business on June 11.

Officers are now appealing to the public for help identifying a second suspect said to have been involved in the incident. Security images of the wanted man have been released.

The male suspect is described as white, in his 20’s, approximately 6’ tall, 160 pounds, with short brown hair.

He was wearing grey sweatpants and a grey, white, and black hooded Champion-brand sweatshirt at the time of the theft. 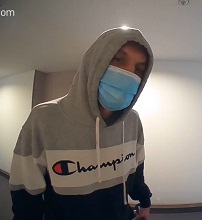