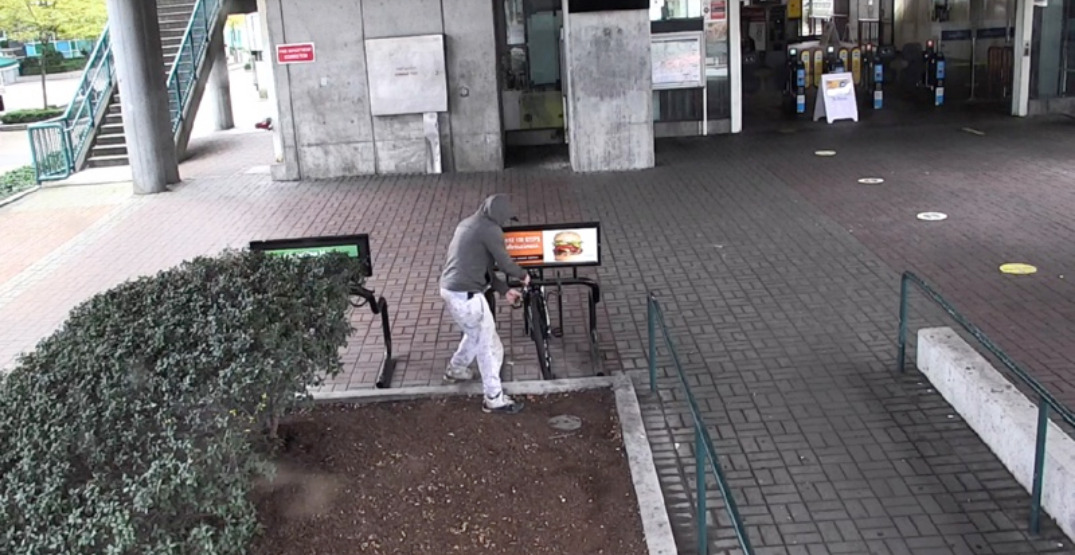 A bike thief in Surrey has had a rough go of things after allegedly attempting to steal the same bait bike twice.

Sergeant Clint Hampton, Media Relations Officer for the MVTP, told Daily Hive that the suspect attempted to steal the very same bait bike back in 2016 at Gateway SkyTrain Station.

The MVTP put a video up on Twitter, showing the dramatic bike theft attempt at King George SkyTrain Station, where the alleged thief is frantically trying to release the bike from its lock.

This thief has been arrested twice for stealing the same bait bike. HINT: Maybe this lifestyle isn’t for you… it might be time to go legit. pic.twitter.com/fbv8vcdXL2

“Offenders should be on notice; if they are thinking about stealing a bike, learn from this man’s mistakes. It may just be a bait bike,” said a statement from the MVTP.

The bike bait project is an ongoing operation to target bike thieves at major transit hubs.

Metro Vancouver has historically been one of the hot spots, if not the capital, for bike thievery in Canada.

Daily Hive has reached out to the BC Prosecution Service for details on the initial sentence.