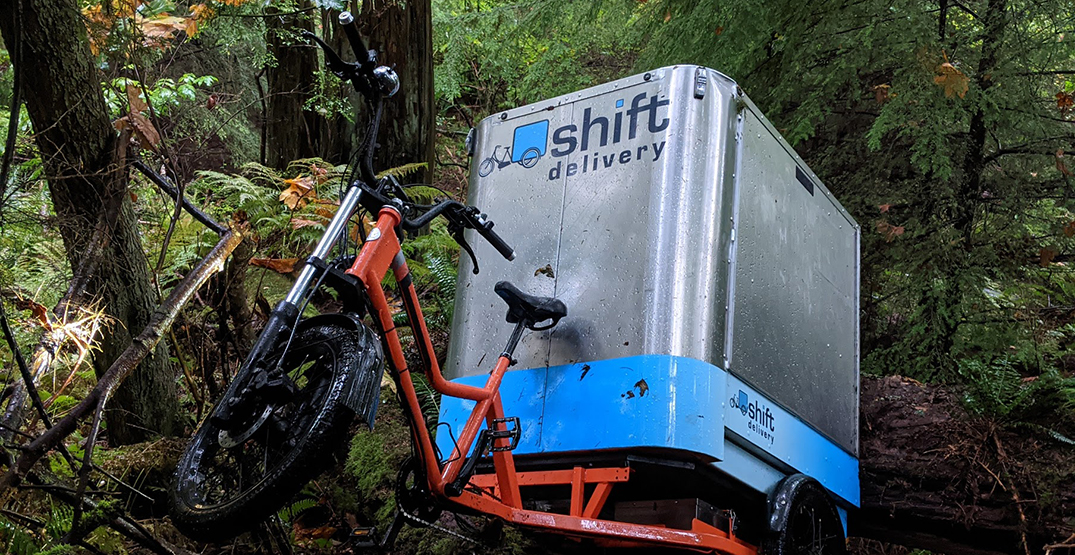 A cargo bike loaded with 200 Thanksgiving meals for West End seniors was stolen on Friday, and found ditched in a Stanley Park Ravine.

Gordon Neighbourhood House on Broughton Street had hired the bike and its driver to deliver pre-packaged turkey and fixings dinners to isolated seniors in the area on Friday. Usually the house hosts a Thanksgiving meal for seniors, but this year decided to deliver the meals because of COVID-19.

When the driver stopped to deliver the second meal on their route, a thief stole the bike.

Gordon House staff frantically posted on West End social media groups, and rushed to Stanley Park when someone spotted the bike on the seawall.

Resident Brian Mackenzie ended up finding the bike in a ravine.

“I was just talking along the trail … and noticed I could see a light on the side of the bank, so I went closer to the bank and looked down and saw there’s cart,” he said.

Mackenzie flagged down two parks workers, who made sure the person who stole the bike wasn’t lying there injured, and connected with Gordon house staff.

With help from tow truck driver Hussein (Sam) Khorassan, they attached a cable to the bike and winched it out of the ravine. 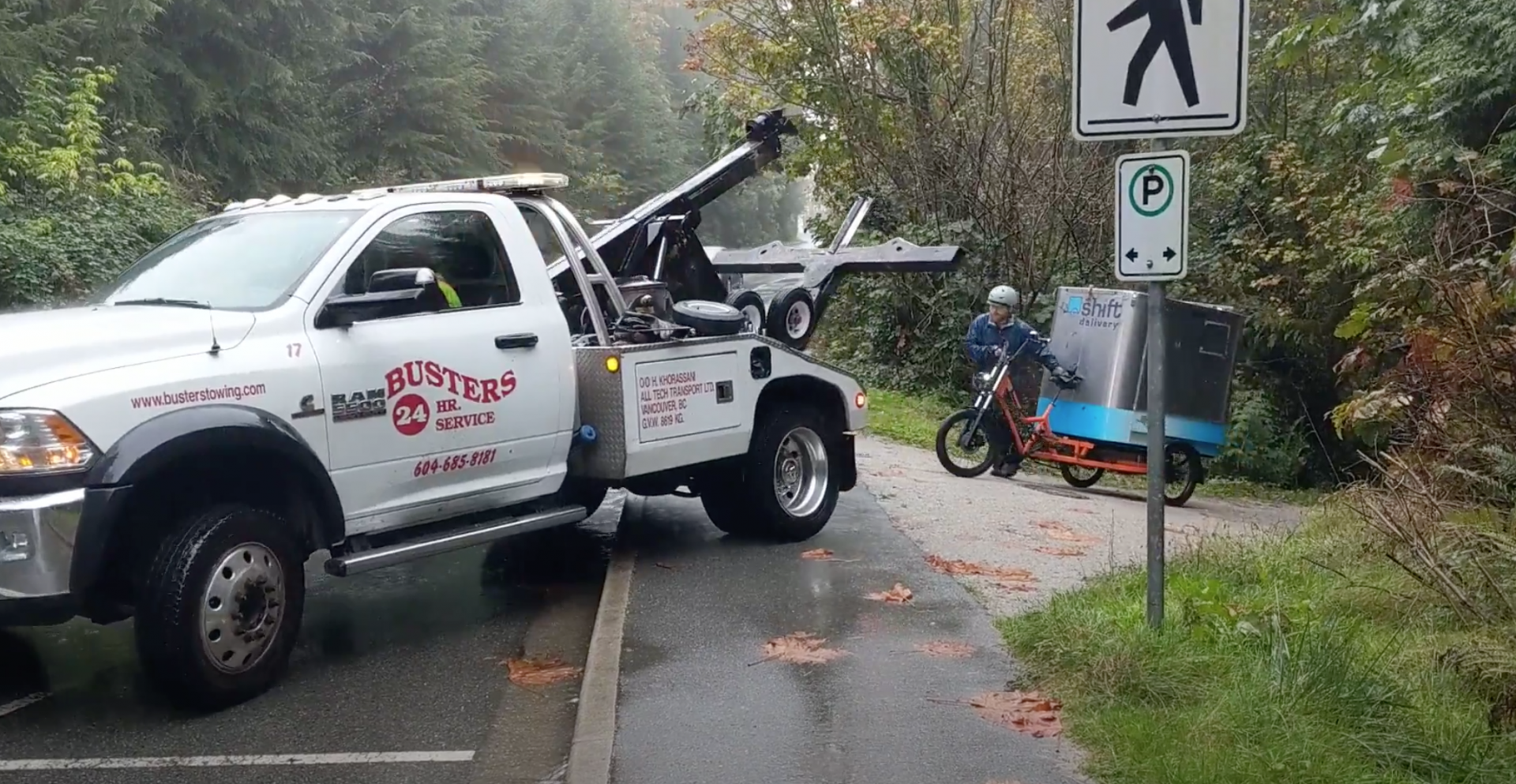 Unfortunately the meals inside were ruined, but Gordon house staff returned to the kitchen and prepared fresh ones — they were able to re-make about half the meals that were stolen.

“This is an awful thing to have happened,” Gordon House executive director Siobhan Powlowski said in a news release. “A lot of West End residents struggle to put food on the table and we hate to see wasted food right before Thanksgiving.”

She added she’s grateful to neighbours for helping find the bike, and she hopes to re-make all the meals in time for Thanksgiving. Gordon House has put out a call for food donations from local restaurants who want to help given the tight turnaround, and anyone else who would like to help can contact [email protected]