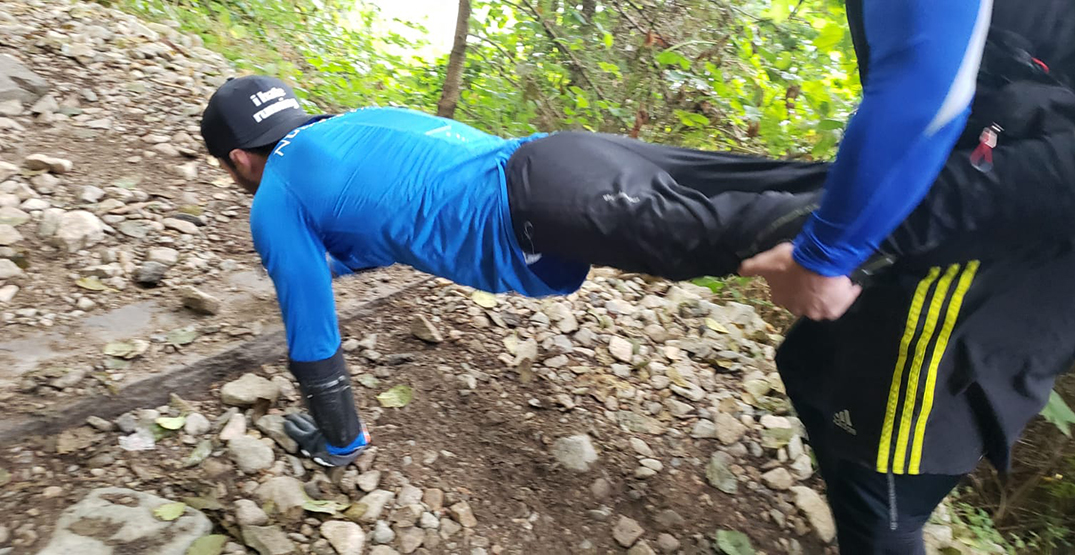 A Vancouver man who’s paralyzed from the waist down climbed the Grouse Grind on his hands this week to raise money for his adaptive boxing program.

“I love to challenge myself and push the boundaries,” Sammarelli said. “It’s more of a mental test of my will and courage to continue going.”

The 26-year-old champion boxer grew up in North Vancouver, and before his injury, he would race up the Grind with his brother to prepare for fights.

Sammarelli was shot four times in 2017 while at his mother’s house. Police say the shooting was targeted but still haven’t found the perpetrator. This was the first time Sammarelli climbed the Grind since the attack.

Training involved lots of stairs, cardio, and core conditioning — since he had to flex his abs the entire time.

“I don’t have my full core or my hip flexors, so I’ve gotta hold a plank position and stay tight,” Sammarelli said. “It was definitely one of the toughest challenges I’ve done, for sure.”

Sammarelli also competes in Para Nordic Skiing and completed the GrandFondo Whistler bike race on a hand cycle last year. The son of two immigrants from Italy and the Philippines, Sammarelli credits his family for fostering his determined spirit.

“They definitely installed that fighter’s mentality … coming to a new country with nothing.” 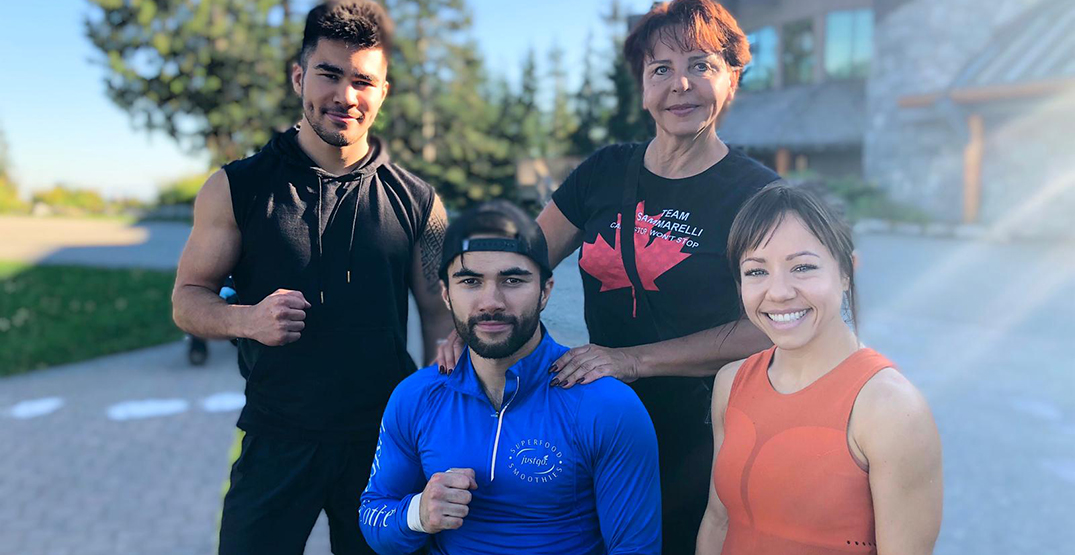 Returning to boxing helped Sammarelli’s mental and physical health after his injury, and he wants to help other wheelchair athletes achieve the same benefits.

He founded Westcoast Wheelchair Adapted Boxing and Fitness Association back in 2019, where he coaches other athletes with disabilities. Through his epic climb, he raised money to continue the program — and is still gratefully accepting donations to the GoFundMe.

“Having a disability, having a spinal cord injury, and dealing with all sorts of pain, you want to take some pain out of the day,” he said. “There’s nothing like punching and getting that fire out of you.”

Adaptive boxing is not currently recognized as a Paralympic sport, but Sammarelli and others in the worldwide community hope to have it added in the future.