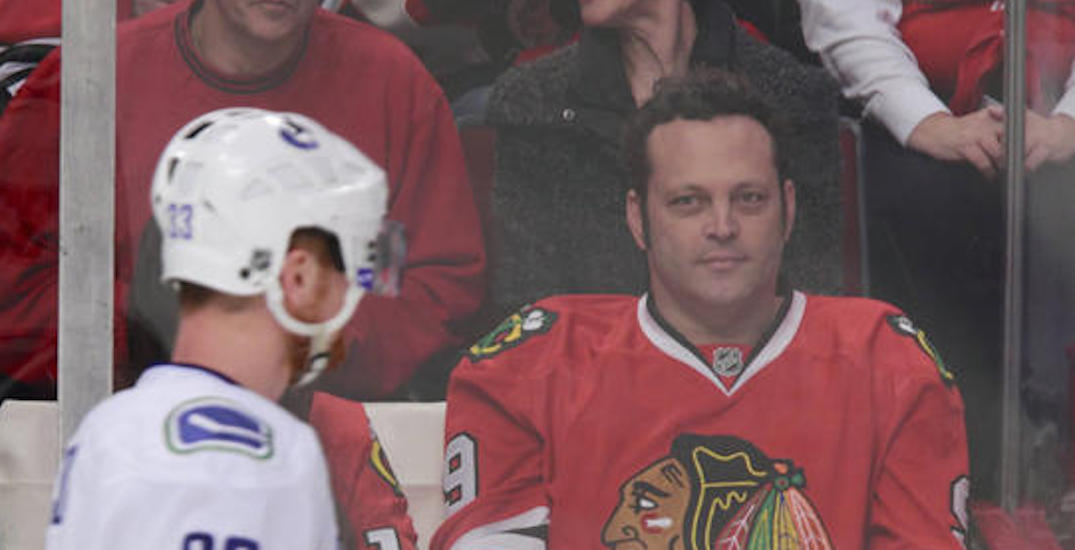 Just how intense was the Canucks-Blackhawks rivalry?

So intense, it seems, that even celebrity fan Vince Vaughn got involved.

Fans will remember the Hollywood star attending games at the United Center in Chicago, wearing a Blackhawks jersey, often near the Canucks’ bench. They’ll even remember this famous photo of Vaughn pointing and laughing at Roberto Luongo during the third-straight playoff series played between the two teams in 2011.

#ThrowbackThursday to one of my fav pictures of Luongo @strombone1 & Vince Vaughn, during @Canucks vs @NHLBlackhawks playoffs #Luuuuu pic.twitter.com/YB5ysomkcW

Vaughn had been a fixture at games in Chicago, and sometimes in Vancouver, thanks to the Green Men.

But not many fans have heard this story before.

In speaking with The Athletic’s Adam Jahns for a tremendous oral history of the Canucks-Hawks rivalry, Kevin Bieksa told a hilarious story about a run in he had with Vaughn.

“I remember Vince Vaughn always sitting by our bench just, like, mean-mugging us and booing us,” Bieksa said, according to Jahns’ report. “One time, I grabbed a Gatorade bottle. And there was, like, a tiny little crack in between the glass and the glass that separated our bench. And I squirted it through there and it splashed off the glass and it went all over him and I think he had, like, a girl or somebody with him.”

Bieksa has no shortage of great stories to tell. This is the man who knocked out Fedor Fedorov in the parking lot as an AHL rookie and roasted many of his former teammates during Sedin Night in February.

So maybe it shouldn’t come as a surprise that he doused Vaughn with a water bottle and got away with it.

“I remember he just gave me the look and I just laughed at him. I just remember him, like, booing me. He might have given me the finger or something like that.”

Is it any wonder why Bieksa is so beloved in Vancouver?