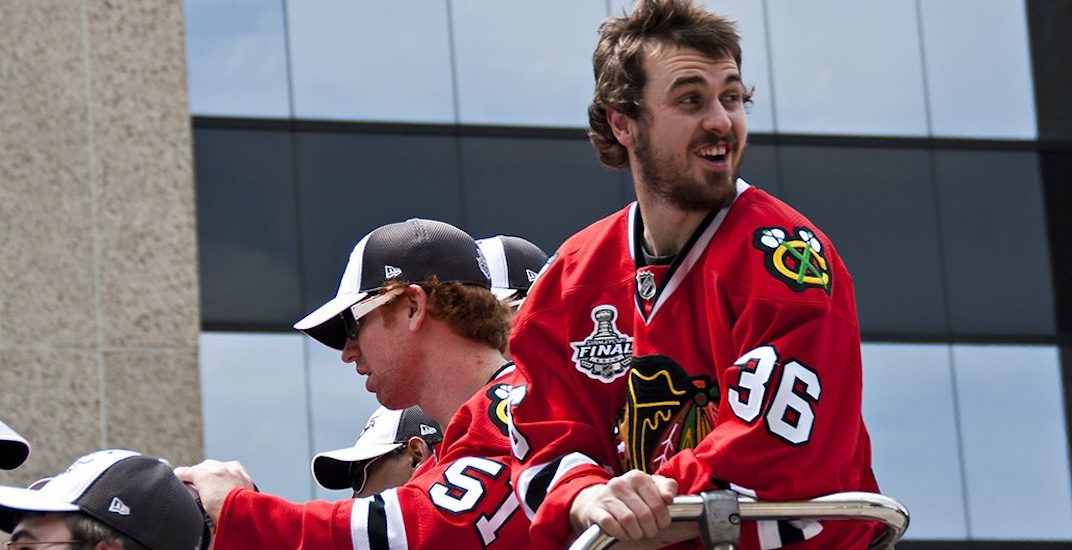 Despite being out of the NHL for nearly five years, Dave Bolland is still finding ways to draw the ire of Vancouver Canucks fans.

In the wake of coronavirus being classified as a global pandemic, Bolland found a way to get emotions running even higher in the form of a single tweet.

While some might consider this a masterful troll job, others took the tweet to heart and began to defend the city.

Vancouver>>>>>>>>>everywhere else in North America, get your irrelevant ass outta here

Vancouver's too beautiful for you

In typical Bolland fashion, he began to fire back at some of those fans.

Trust me, I don’t want to be here anyways. https://t.co/lcxNGsLB0r

Chicago is beautiful, come on https://t.co/2qvf7K0YUc

One of my favorite goals.. https://t.co/Vjnf1NVTSb

Just wanted to remind you it’s our 10 year anniversary of winning the cup and beating you guys in the playoffs. I’d like to send you invitation to the ceremony. Good luck trueing to win one of these pal https://t.co/QyTsmuId27 pic.twitter.com/1VmTuYg5m4

There were other Canucks fans who recognized that Bolland was just looking for a little entertainment.

Looking back Bolland’s rivalry with the Canucks

Dating back more than 10 years ago, it’s clear from today’s comments that the former Chicago Blackhawks forward isn’t the most popular guy in Vancouver.

Bolland was a main catalyst during the heated rivalry that took place between the Canucks and Blackhawks between 2009 and 2011.

The above brawl was one tipping point, but the rivalry largely began during 2009 playoffs. In the first of three consecutive playoff meetings between these two teams, Bolland was a force. He scored four goals in six games, including the Game 5 winner at Rogers Arena.

In 2011, he returned from injury in Game 4, when the Blackhawks were down 3-0 to the Canucks. He helped propel the Chicago comeback with one goal and three assists during a 7-2 Blackhawks win.

In December of 2011, Bolland drew the ire of many people in the hockey world when he called the Sedin twins “sisters.”

“Well, they’ll never become Hawks,” Bolland told WGN Radio in Chicago. “I don’t think we’d let them on our team. That’d probably be one thing. We’d be sure not to let them on our team. And, yeah, they probably still would be sisters. I think they might sleep in, like, bunk beds. The older one has the bottom one, the younger one’s got the top.”

That prompted this legendary response from former Canucks head coach Alain Vigneault in the aftermath.

“They are great examples for players in the NHL, and for young people,” said Vigneault. “They are just two great young people. When you have, comments like Bolland’s, he’s obviously an individual whose IQ is probably the size of a birdseed. And he has a face that only a mother could look at.”

Bolland retracted his comments about the Sedins in the aftermath.

What happened to Bolland?

Bolland was a household name around the NHL after winning two Stanley Cups with the Blackhawks. Of course, that includes his Cup-clinching goal against the Boston Bruins in the dying seconds of Game 6 of the 2013 Final.

After that, he could hardly stay healthy. Bolland had just turned 27 when the Blackhawks won the Cup in 2013. However, cap constraints forced Chicago to trade Bolland to the Toronto Maple Leafs.

He played only 23 games for his hometown team, and later signed a massive five-year, $27.5 million deal with the Florida Panthers during the 2014 offseason. He suited up in only 78 games over two seasons for Florida, and last played during the 2015-16 season.

A culmination of back and ankle injuries forced him into early retirement. He was traded to the Arizona Coyotes in 2016 as part of a salary cap dump, but Bolland never played a game for the franchise.

Other than chirping Canucks fans, he’s been pretty quiet in retirement. His Instagram would tell you that he’s largely been focused on being a father and a husband.