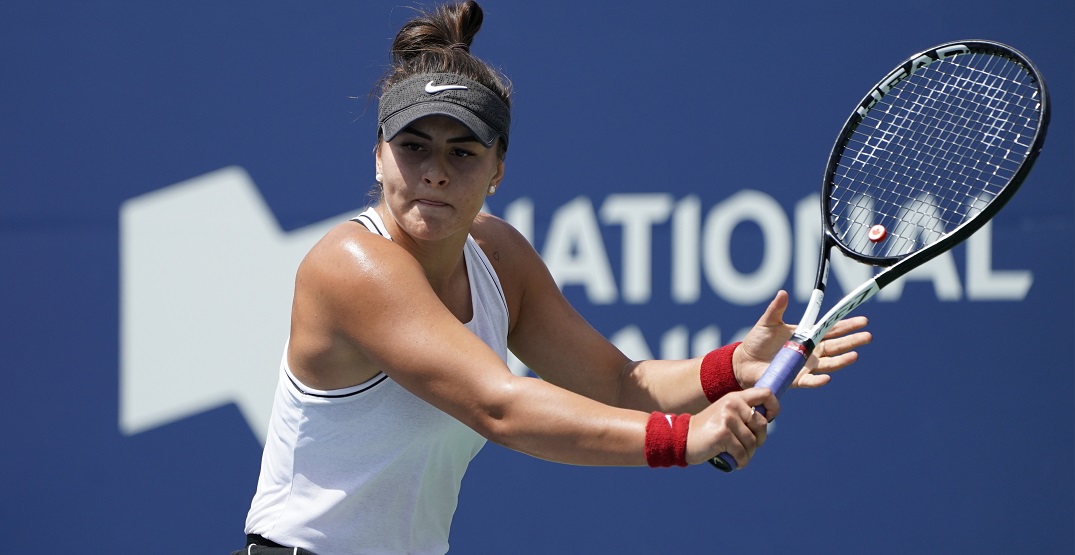 Canadian tennis star Bianca Andreescu heads into next week’s National Bank Open in Montreal looking to recreate the magic of her 2019 season.

Winning a major tournament in the US Open, as well as two WTA 1000-level events in the Rogers Cup (now known as National Bank Open) and Indian Wells Open, Andreescu captivated the national audience on her way to winning the Lou Marsh Trophy as Canada’s top athlete for the year.

She heads into Montreal as the tournament’s No. 2 seed while sitting fifth in the WTA rankings. The tournament runs August 9-15.

Andreescu went 48-7 in 2019 in the year she turned 19, but has only been able to compete in 19 singles matches since due to various injuries and pandemic-related tournament cancellations. She did not play at all in 2020, and most recently competed at Wimbledon this past June, losing in the first round to France’s Alize Cornet.

“I’m feeling really good after a couple downs over the last couple of months. But I’m feeling much better now, and ready to go,” Andreescu said in an interview with Daily Hive.

It will be her first tournament match back on Canadian soil since the 2019 Rogers Cup final, where she defeated Serena Williams after the latter retired due to injury four games into the first set.

“I don’t want to really look at it as defending the title because that in itself puts a little bit of pressure on me,” Andreescu said. “I kind of just look at it like I’m the champion… and I want to be the champion again.”

Andreescu announced her withdrawal from this year’s Olympics due to “challenges we are facing as it relates to the pandemic,” but said she’s been waking up early or staying up late to catch Canadians such as swimmer Penny Oleksiak competing in events.

“I congratulated her… she just made history. I’m so happy for her,” Andreescu said, referencing Oleksiak’s three medals at the Tokyo Games, which gave her the top spot on Canada’s all-time individual medal count.

“It really sucks that I couldn’t be there,” she added. “But I’m just super happy for everyone that’s doing well at the Olympics this year, and hopefully the next Olympics I’ll be good to go.”

Biles, who won bronze in yesterday’s beam event, withdrew from four events after pulling out of the team final after stating that her “mind and body are simply not in sync.”

Osaka, who lit the ceremonial flame at the Opening Ceremony, withdrew from Wimbledon in June after being fined for not attending a press conference. Osaka then released a statement about her depression and social anxiety she’d dealt with since winning the 2018 US Open.

“I definitely love that people are opening up about this, because I don’t feel like it’s talked about enough,” Andreescu said when asked about Biles and Osaka. “I’ve experienced it too… being a professional athlete isn’t easy.”

The four-time Grand Slam champion Osaka was ranked No. 1 in the National Bank Open draw but pulled out on Tuesday from the tournament.

“I think the mental health part of everything is probably the most important. And not only for me, but everybody. We all go through things… And knowing that there’s a community that feels the same, in their own way talking about it, it really helps and brings us together. If more people can speak about it, maybe things can change for the better,” Andreescu added.

Having risen to national and international prominence over the course of just a few months, Andreescu shot up from being No. 152 in the WTA rankings to rising all the way to No. 5 by the end of the year in 2019.

“What’s helped me a lot over the years is finding out a lot about myself, like what my purpose in life is and what I love to do,” she said. “And I found that out at a very young age, so I’m super grateful for that.”

“But it’s not over yet,” Andreescu added. “I definitely have a lot of other areas in my life that I want to improve.”

Away from the court, one of the most well-known members of Andreescu’s entourage is her dog, Coco, who is often a constant figure in the stands alongside her parents during her matches.

“I just know how lucky I’ve been to experience that joy and happiness that a pet can bring into a person’s life every single day,” she said. “I can get pretty stressed out, but when I have my doggie Coco, she just calms me down.”

Andreescu has partnered with the Royale Home For Every Pet Project, which is looking to find forever homes for the 100,000 Canadian cats and dogs in need of adoption every year. The tennis star said that by purchasing $20 of Royale products, people can receive a $5 coupon while contributing a $5 donation to Canadian animal shelters.

“It’s a very simple way to help. I’m super passionate about saving animals and adopting from a shelter,” Andreescu said. “That’s the main reason I’ve teamed up with Royale for a second year now.”

Having been at the forefront of a breakthrough for Canadian athletes, Andreescu referenced always “seeing the light at the end of the tunnel” during the setbacks she’d faced during her career.

“Just know that you’ll find your way,” Andreescu said when asked about advice for young athletes. “Believe in yourself. I think one of the most important things is having good people around you that truly love and support you and want the best for you.”