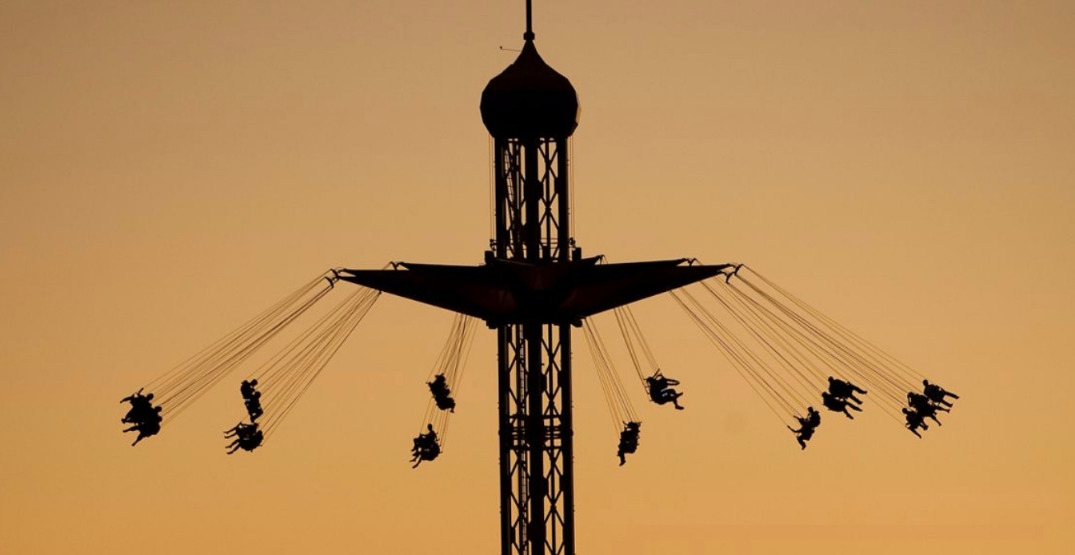 Playland at the PNE announced that it’s getting ready to launch next weekend, and we’re just so excited about the news that we decided to put out a list of the best and worst rides.

This year marks the first year since the pandemic where a sense of normalcy will finally be present at Playland, so long lineups will likely be a reality again.

This list covers rides worth waiting in line for, as well as rides that you can come back to later if the queue is full.

Two popular rides that would have previously made a list like this unfortunately no longer exist at Playland. Music Express and Crazy Beach Party, we thank you for your service.

Anyway, here are the 10 best and worst rides at Playland, starting with the best.

Note: Everyone’s stomach is different, so just think of the nausea scale as a general guideline. 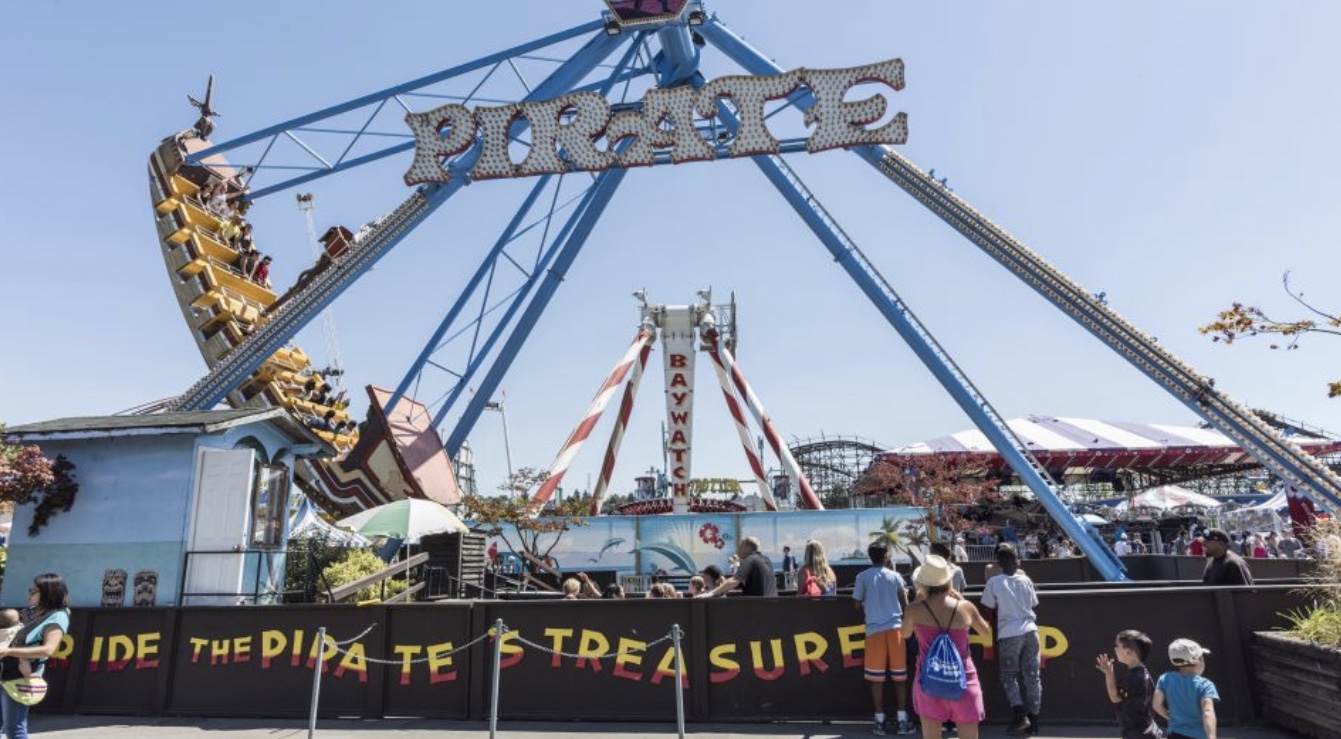 The Pirate Ship is like a good peanut butter and jelly sandwich. It’s reliable and will never let you down (unless you’re allergic to peanuts).

What makes The Pirate Ship extra fun is having a shouting match with riders sitting across from you to see who’s louder. 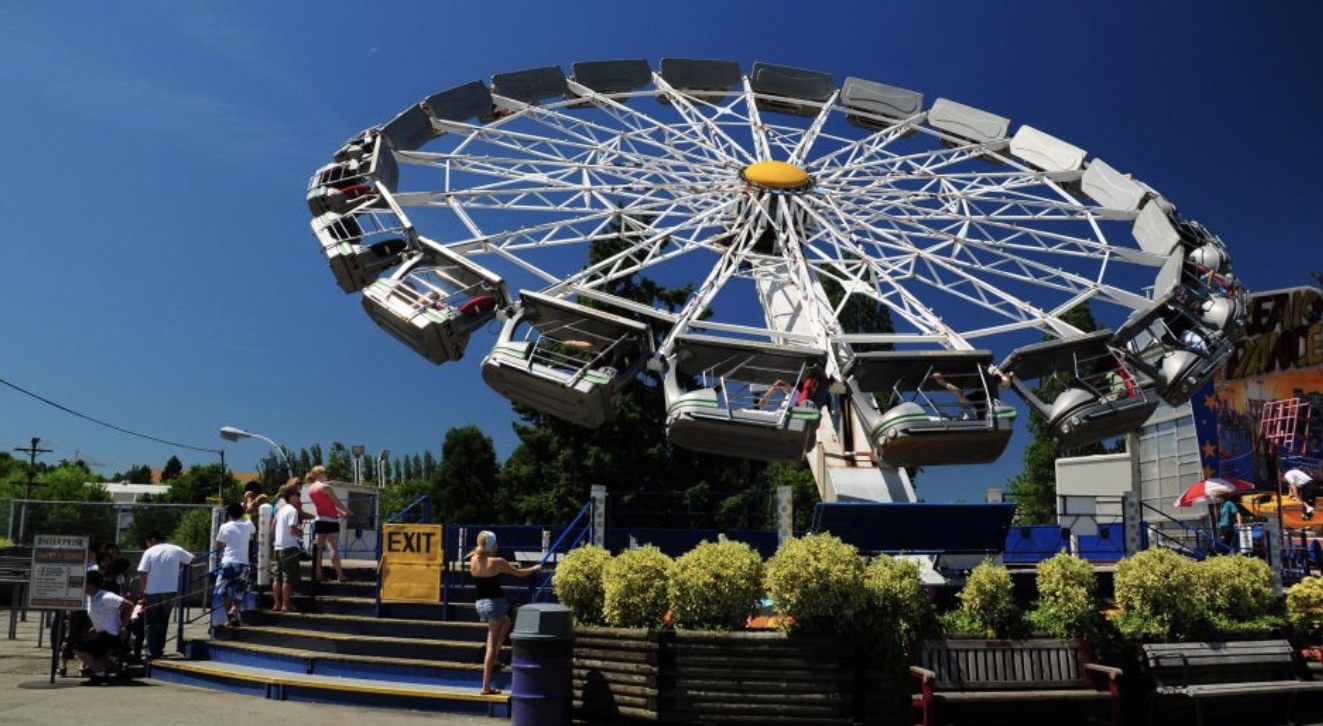 People don’t tend to talk a lot about the Enterprise, so it enters our list as a dark horse and it is absolutely one of the best rides at Playland. It’s also a marvel to look at while it’s in operation.

It makes for a great ride for date night too, allowing you to get comfy with your partner inside one of the cars. 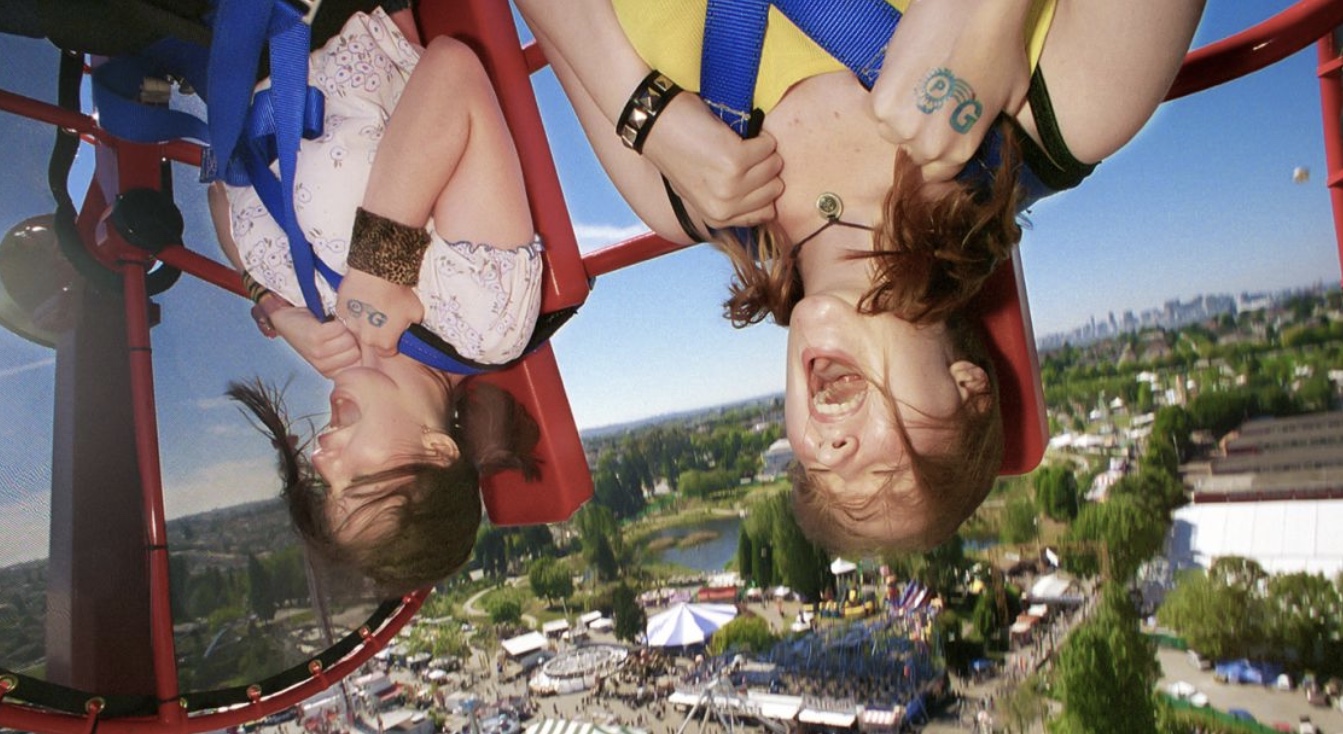 Even just the name of this ride instills fear in people. Playland’s website says the ride was designed like a giant airplane propeller. It can hold four riders at one time, two on each end of the “propeller.”

The ride revs up to speeds of 100 km/h and Playland suggests that riders will experience the same G forces as fighter pilots. 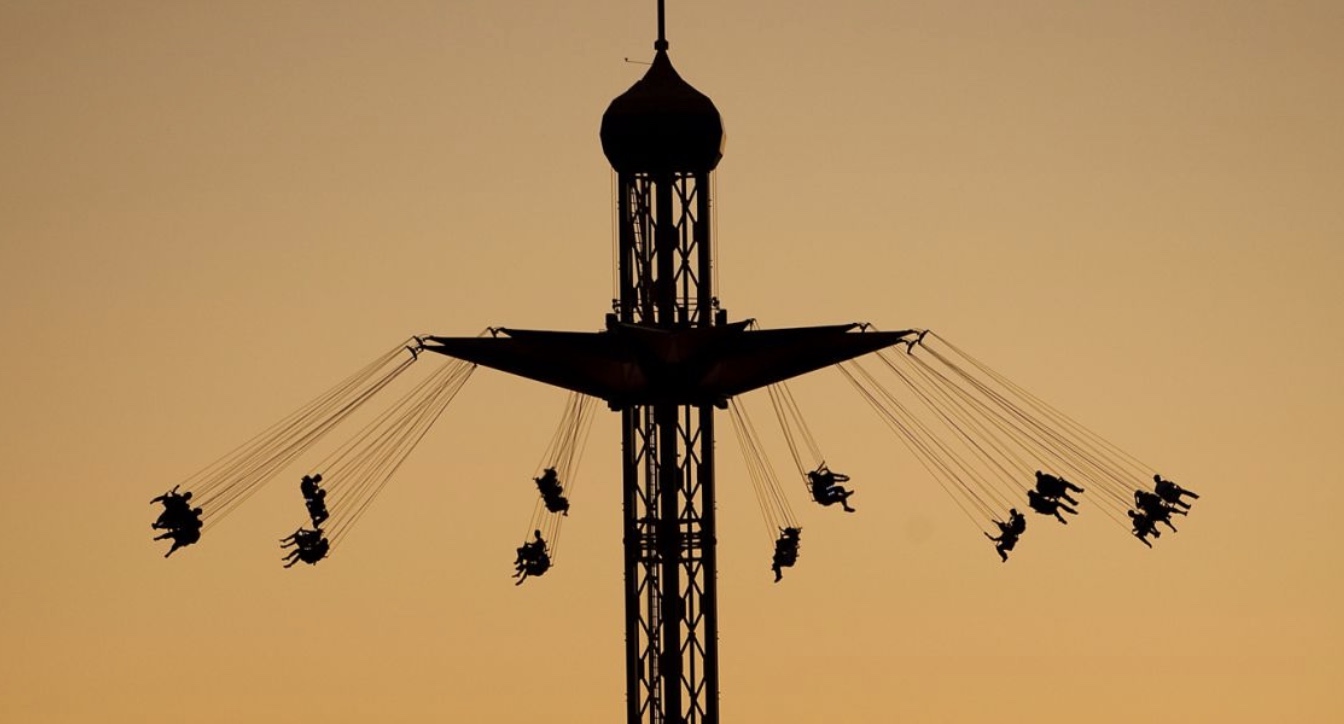 If being raised 218 feet up in the air isn’t your idea of a good time, the Atmosfear probably isn’t for you.

Combine that with spinning 360˚ at speeds of 70 km/h and you’ve got yourself one hell of a ride.

The Atmosfear is one of Playland’s relatively newer attractions and when you’re at the top, the view of the surrounding area is stunning. 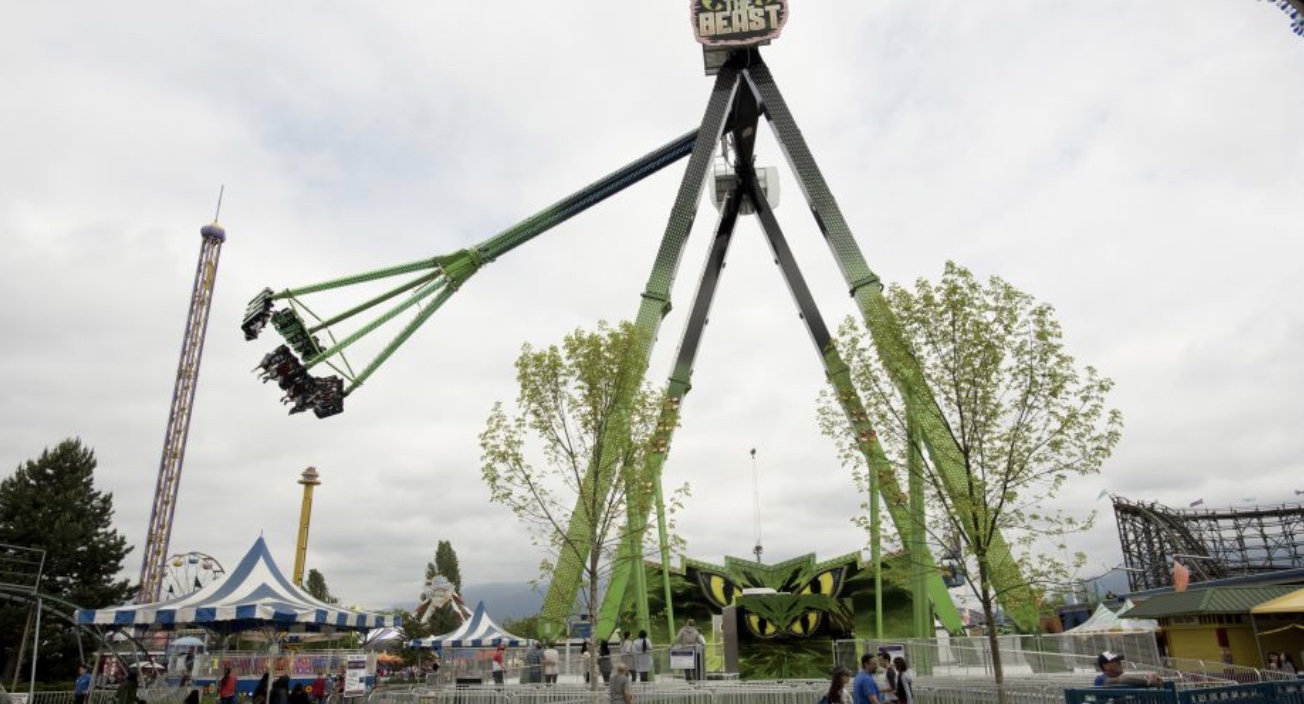 The Beast fills the gap that the Crazy Beach Party leaves behind.

It feels like a bit of a mix between the Pirate Ship and the Crazy Beach Party, without the added peace of mind of the deck below. You’re literally hanging in the air by your seat. The Beast is worth lining up for. 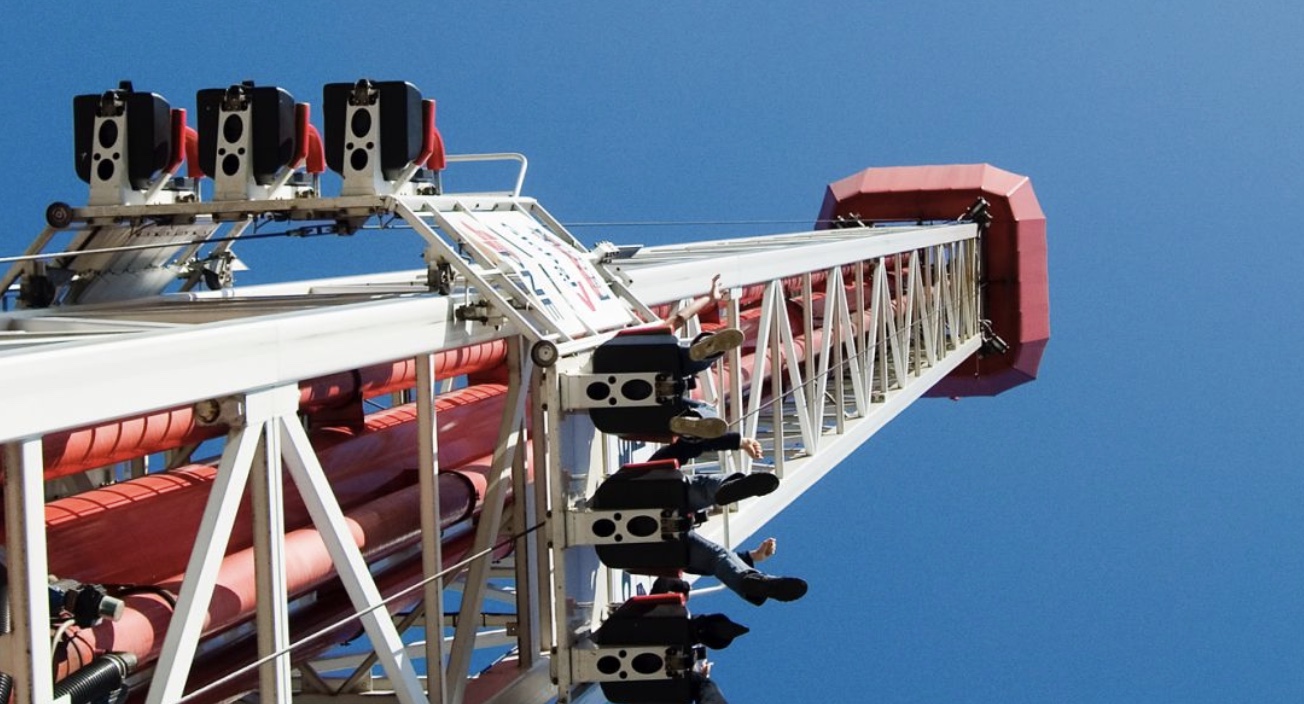 Hellevator-style rides are common at theme parks around the world for a reason.

The sense of excitement and suspense and pure fear you feel as you’re waiting for the Hellevator to launch up the 202 feet tall tower is exhilarating. 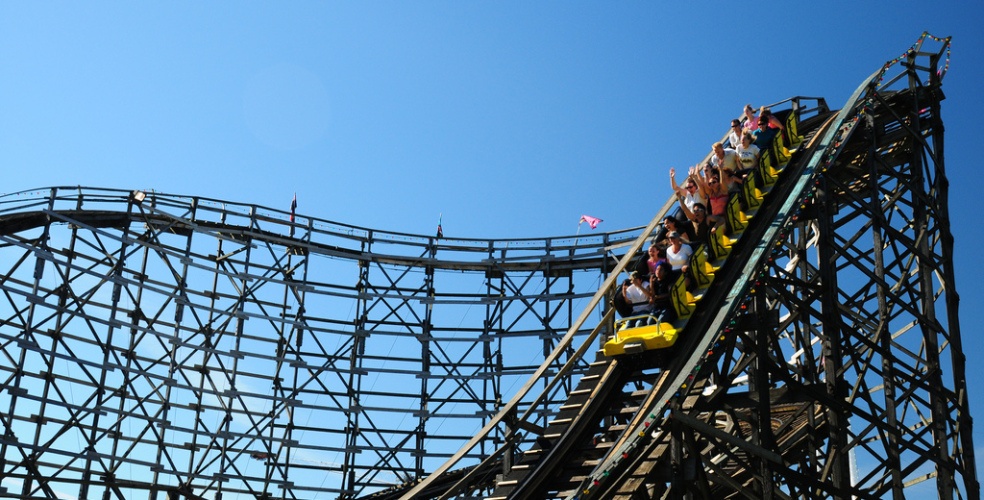 Placing the Wooden Roller Coaster among the best rides at Playland is obligatory.

While the ride has had its fair share of troubles related to maintenance, this year should mark a strong comeback for the Wooden Roller Coaster, the oldest in the country, and a hallmark of Playland at the PNE.

Now that you’ve seen the best Playland has to offer, it’s time to look at the rides that pale in comparison. 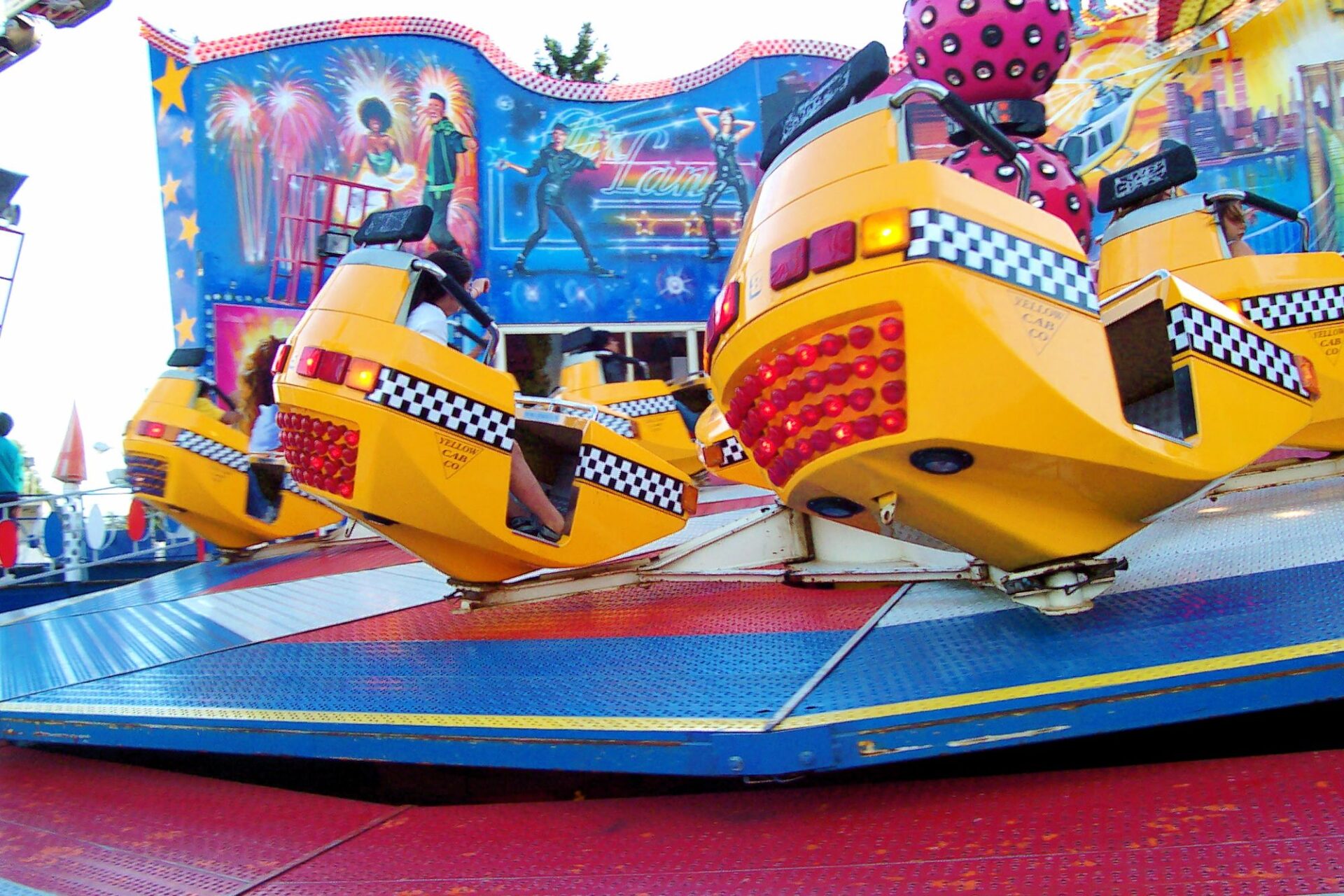 Even Playland’s description of the Breakdance is trying to oversell the ride saying, “this crazy flat ride, with its insane lateral forces and multi-directional variable speed can really boogie!” 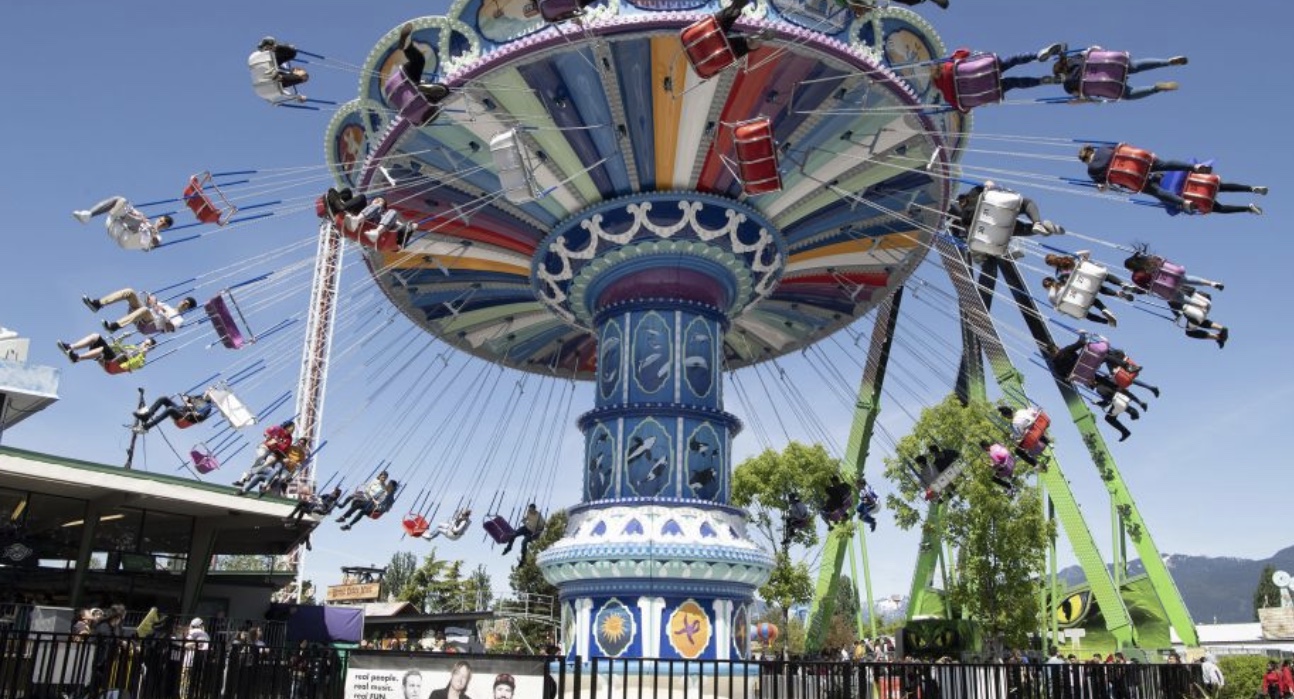 It’s really lovely to look at while it’s in motion and it’s one of the first rides you see when you enter Playland’s gates.

It’s a decent date night ride, but it’s nothing to write home about for thrill-seekers. However, the art on the ride is great and is a celebration of Vancouver.

It rates highly on the nausea scale too. 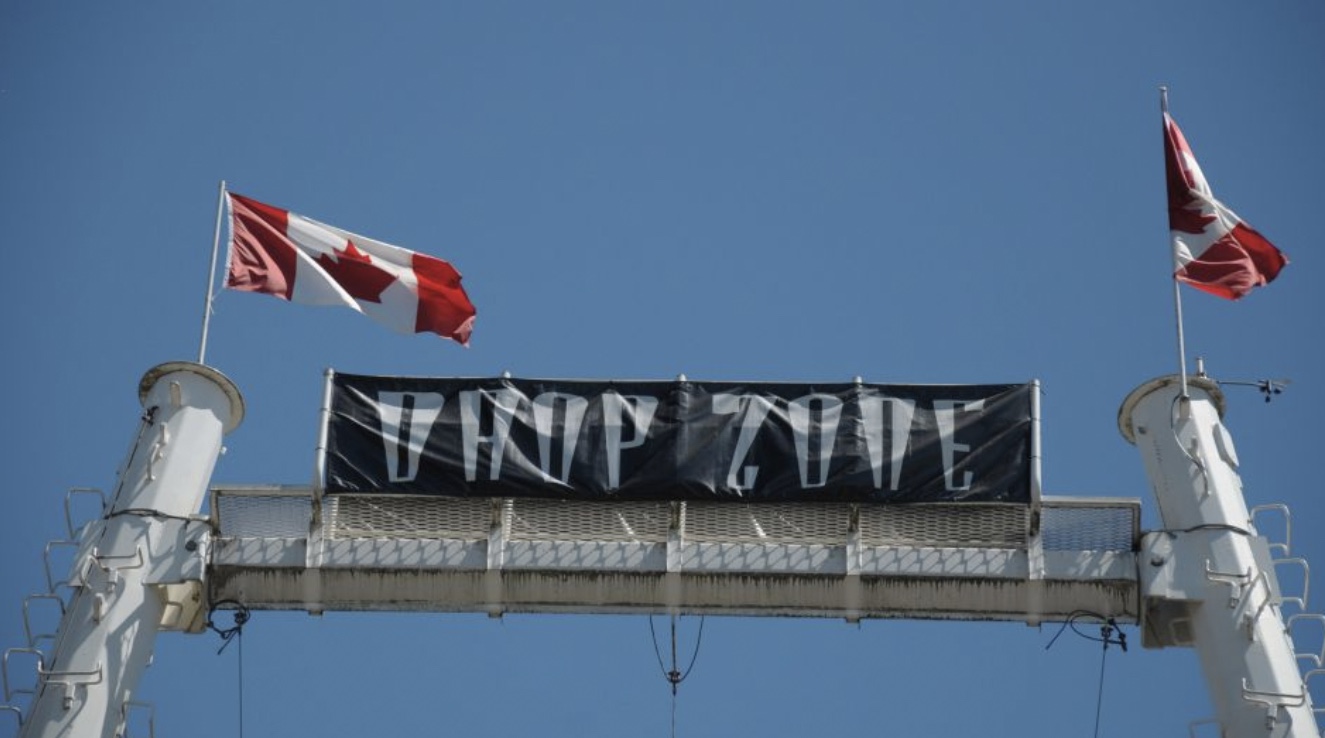 This one might be a controversial pick for the worst rides at Playland as it’s technically not even a ride.

You also have to pay extra, so you might as well just go bungee jumping.

Let us know your picks for the best or worst rides at Playland.

If you’re excited to get in line for one of these thrill rides, get your tickets here.