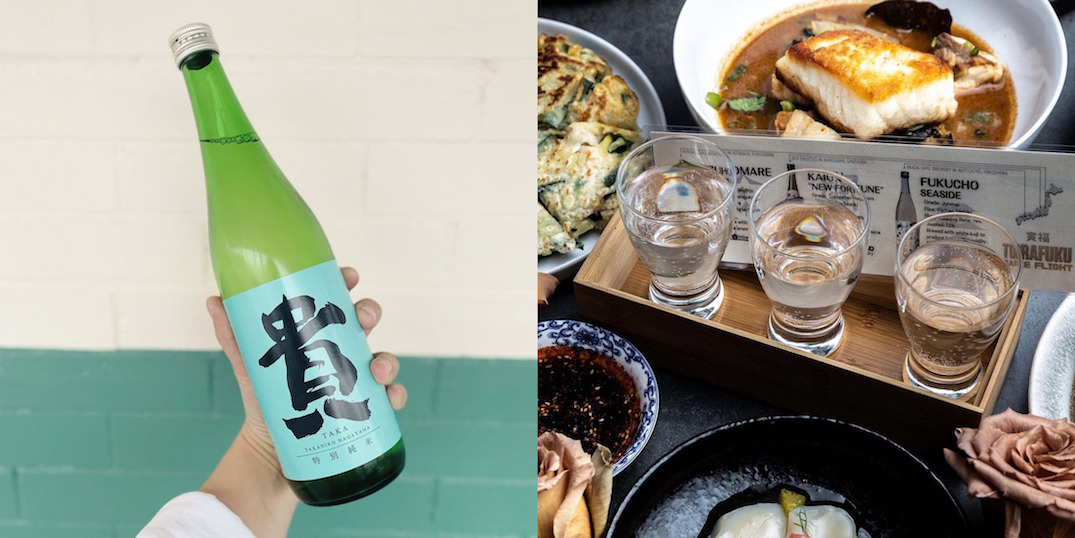 Saké is Japan’s national beverage, and while it remains somewhat elusive to North American drinkers, it’s been gaining popularity among restaurateurs and bartenders alike in recent years.

Saké, which actually just translates to alcohol in Japanese, is a rice-based beverage with many different varieties. It can be served both warm and chilled and, despite the simple ingredients, can take on a range of different qualities depending on the rice variety and brewing method.

From sushi bars to upscale dining to hip new school restaurants, here are a few of the best spots in the city to grab your new favourite drink.

One of the more recent additions to the Commercial Drive food scene is Hanai, a Hawaiian eatery run by the folks who previously ran the ghost kitchen concept by the same name. The new spot, a bright, tropical-inspired space with ’80s vibes, serves up dishes like Mochiko beef, crab-fried noodles, and Kalua pork. It’s also got a killer saké list, and while the offerings change all the time, you can expect things like a Junmai saké from Taka, a brand based in Yamaguchi, Japan.

This Hastings-Sunrise spot specializes in natural wines, inventive cocktails, and fresh, west coast-inspired plates, but it’s also got one of the best saké lists in the city. The lists rotate throughout the day based on the staff’s “own excitement,” but you can expect some rare sakés from Japan, like the Yamahai from the brewery Tengumai in Ishikawa, Japan.

The extremely popular and well-regarded Kissa Tanto, a Chinatown spot for Japanese Italian dishes, is a primo joint for saké. By the glass, there is a five-year aged Junmai saké from Momotose, but you can also opt for one of the varieties on the bottle list to share with friends. With a Dassai ’45’ from Yamaguchi, Japan, with tasting notes described as “unfiltered, rose water and apple, light whipping cream, slight sweetness,” how could you resist.

Bao Bei, the Chinese Brasserie on Chinatown’s Keefer Street, is a stylish spot for small plates – ideally shared with a group of friends or family. In addition to some inventive, food-friendly cocktails and new-school natural wine, the restaurant has a decent saké list, with varieties like Kimoto Junmai – a soft and balanced saké – and, Yamagata Masamune Junmai, described as “umami with quince undertones.”

The flagship location of the Vancouver-based Aburi Restaurants group, upscale Miku is known for its innovative Aburi-style Japanese cuisine and its setting along the waterfront, right next to Canada Place. Not only does it have an extensive saké list, categorized by varieties – daiginjo, gingo, junmai, honjozo, and iroiro – it also offers a flight option where you can elect to have the saké specialist pick three for you to try.

This modern Asian eatery has a great saké list with a few varieties from Japan, like Sayuri Nigori, Fukucho Seaside, and Aizuhomare Junmai Daiginjo. You can also get saké flights here so you can try out a few first. Saké would go great with the roast duck – just saying!

This cozy, apothecary-themed bar in Chinatown is known for its huge cocktail list, but it also serves some nice saké options. Available in 300 ml portions, the Keefer offers Hakatsuru Sayuri Nigori, Hakatsuru Junmai, and Yoshi No Gawa Gokujo Ginjo.

Ramen and saké go together like . . . all the other perfect pairings throughout history. This Robson Street joint serves up incredible bowls of traditional ramen, but it also specializes in saké selection. You can get the house saké either hot or cold, as well as nice bottles of varieties like Kubota Senjyyu or Mio, a sparkling saké.

This list wouldn’t be complete without Canada’s first saké winery, as it calls itself. Artisan Saké Maker is located on Granville Island and its tasting room lets you taste different styles of Osake craft saké. It also has a shop where you can buy bottles to take home!

General Public and The Eatery

We couldn’t resist adding the OG quirky sushi joints General Public and The Eatery to this list because they both happen to serve the greatest of all cocktails: the saké margarita. The sister restaurants specialize in funky sushi and Japanese food, but its drink menu is just as fun. Choose from the classic lime marg, or go for flavours like jalepeño, strawberry, or mango. General Public also has a saké bomb, as well as a pretty decent list of saké you can order on its own, while The Eatery offers a saké crantini (with vodka, cranberry, and vermouth, of course).