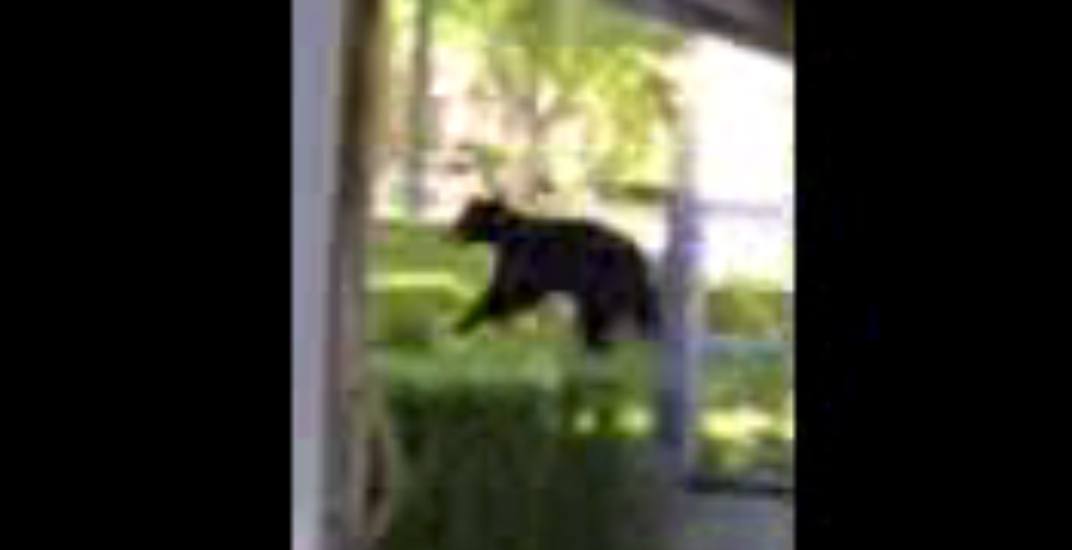 A bear runs through the PNE grounds on Monday. (Video screencap)

While the PNE fairgrounds in East Vancouver is common place for visitors, it had a not-so-common visitor on Monday afternoon.

In a video captured by Elliott Cufaro and shared with Daily Hive, a black bear can be seen running across part of Hastings Park.

“It was last seen heading south towards Hastings,” said Cufaro, adding that the police had been notified.

Cufaro said two cubs were actually spotted, and estimated them to be one to two years old.

“Came over to hear the guy playing piano,” Cufaro speculated. “80s love ballads to be precise.”

Whether or not that was indeed the reason the bears were hanging out at the popular exhibition grounds, the moment was a short but sweet one with Mother Nature.

It does not happen very often, but there have been past instances of bears and cougars swimming from the North Vancouver to Vancouver in the Second Narrows of Burrard Inlet.

Of special mention was an incident in 2015, when a young deer was spotted swimming across the First Narrows between North Vancouver and Stanley Park. The deer was subsequently killed in a collision on the Stanley Park Causeway after its brief residency in the large forested urban park.