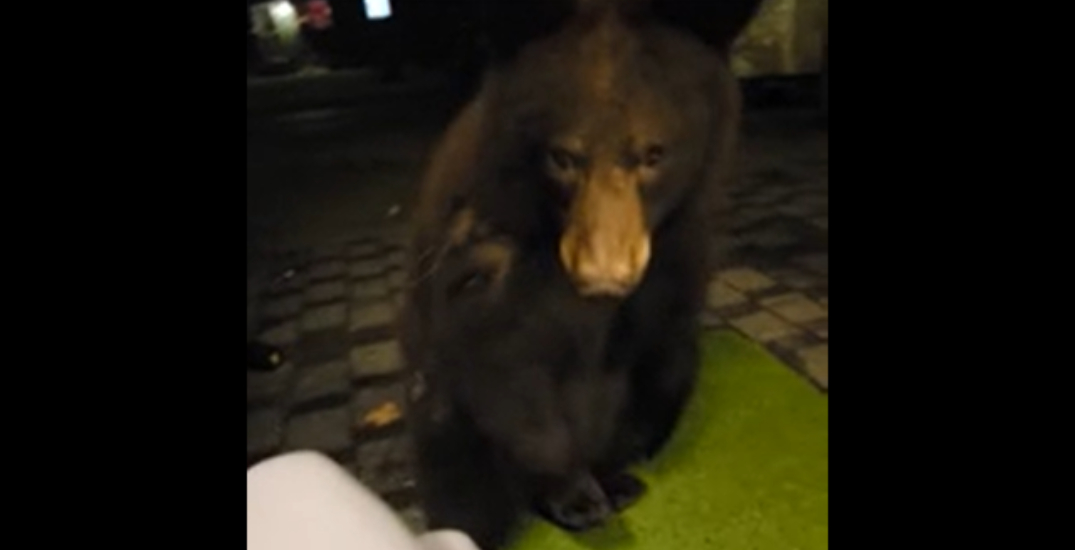 A Quesnel, British Columbia, woman had a hair-raising smoke break last week when her evening cigarette was interrupted by a bear.

Recounting the encounter with the Prince George Citizen, Melanie Porter said she was sitting on her dimly lit front porch last week when she saw something move in her yard.

At first, she thought it was just a neighbourhood cat, but she was suddenly face to face with a bear.

Porter told the outlet she froze when she saw the animal as it moved even closer to her. The bear was so close, in fact, that it licked her right hand.

Before it could slather her a second time, Porter pulled her arm away, and the bear backed up. Thinking nobody was going to believe the close encounter, she grabbed her phone.

Once the creature was far enough away, Porter retreated into her house. A neighbour’s security camera revealed that the bear had been just 10 feet away from her the whole time she was out for her cigarette.

Porter told the Prince George Citizen she’s now considering quitting smoking and feels that her father, who died three years ago, was watching over her during the encounter.

A clip of Porter’s run-in with the bear can be found on the Prince George Citizen’s site.