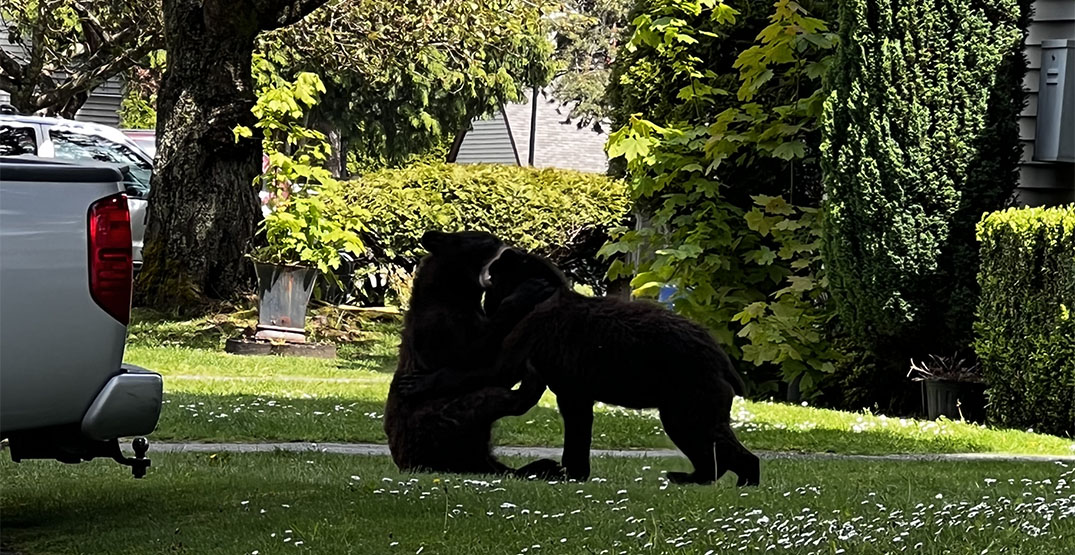 A Port Coquitlam resident filmed a pair of bear cubs wrestling on a residential lawn Monday, an adorable sight that left her wondering where mama bear was.

Jenn Hickmann, who shared photos and videos of the bear cubs with Daily Hive, said she often sees bears around her Birchland Manor neighbourhood — but never this close. 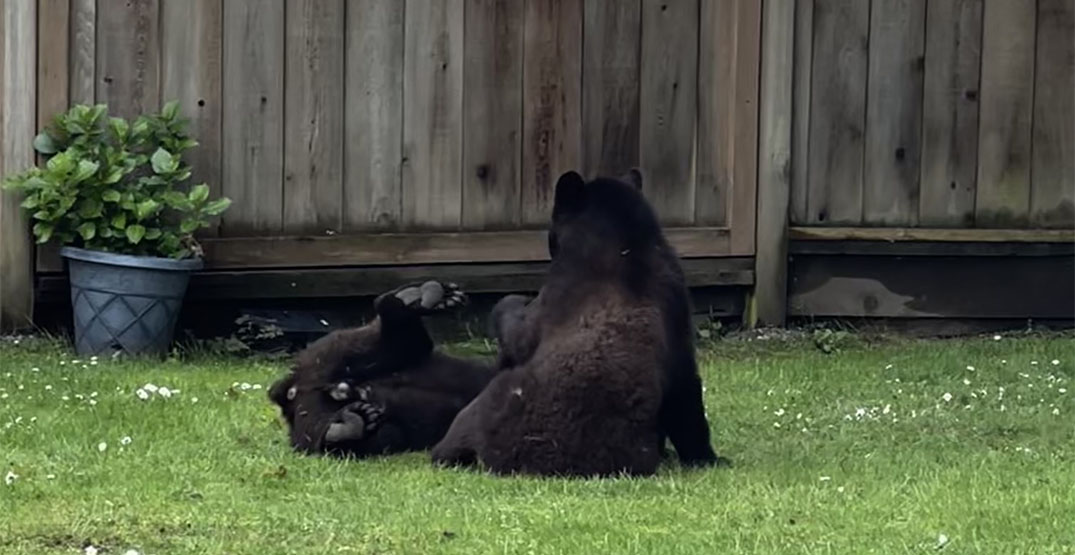 “They were just sitting in the front of a unit playing. I just sat there for a couple minutes, and my son was pretty entertained seeing them play around and wrestle and run up the tree,” she told Daily Hive.

She was first alerted about the bears by a maintenance employee and messaged a friend who lives on the street before driving over to see for herself. Although it was remarkable to see, Hickman said she’s always careful to make sure her kids are inside when she sees a bear.

“I get freaked out for my kids,” she said. “You can observe and take a look, but don’t bother them. Keep on your way and let them roam around. Don’t leave them food, don’t leave your garbage out.”

Have you ever seen bear clubs wrestle each other in a front yard? Well, now you have. Video courtesy of Jenn Hickman in Port Coquitlam pic.twitter.com/bwAompAlt8

The bears playfully swat each other and roll on the ground, sometimes nibbling each other too. 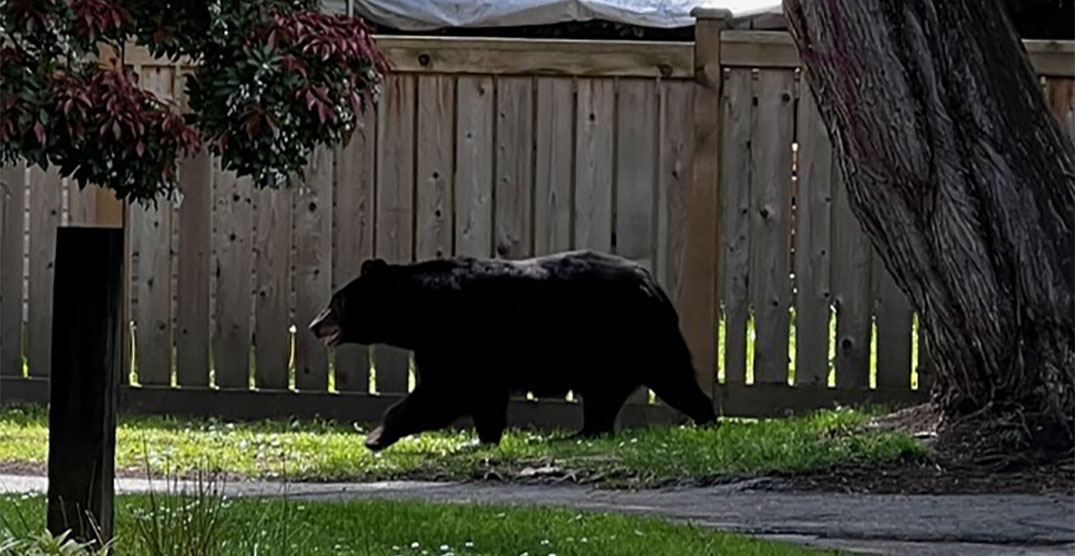 Later that same day, Hickman’s question about the mother bear was answered. She had parked and was transferring groceries when she saw an adult bear walking through a nearby children’s playground.

“She was obviously looking for food for the cubs because they were over by that same unit. She was wandering around the complexes.”