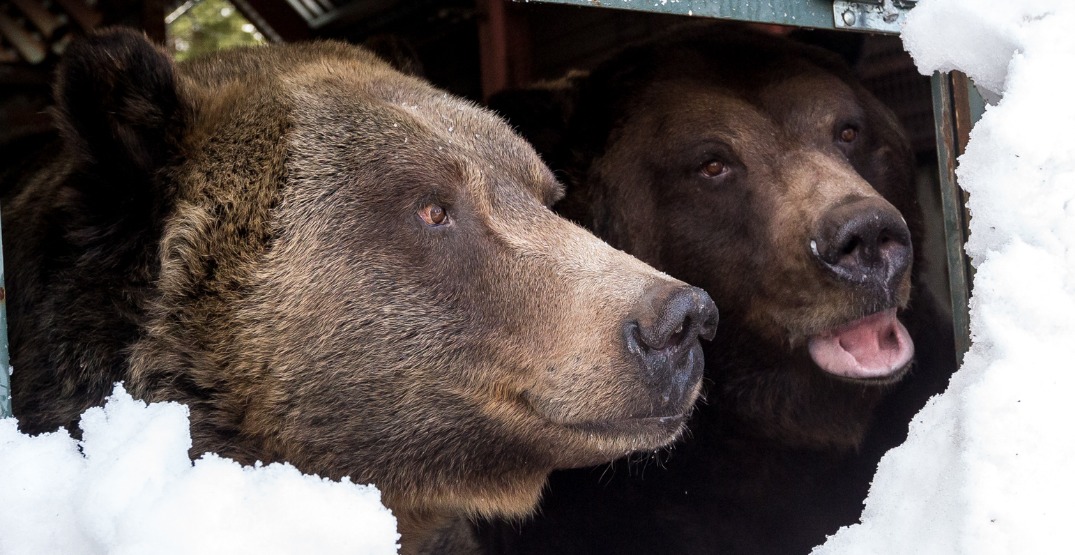 For the 21st time, two grizzly bears who live on Grouse Mountain have emerged from hibernation and are ready for post-snooze playtime.

“This hibernation period is the bears’ longest since their arrival at Grouse Mountain, surpassing last year’s record by one day,” says a statement from Grouse Mountain.

The fuzzy buddies spent 171 days sleeping this winter — under staff supervision, of course, using an infrared camera hidden in their den.

And according to photos taken after they sleepily stepped out, the bears were in the mood to wrestle with each other and slide around in the snow. 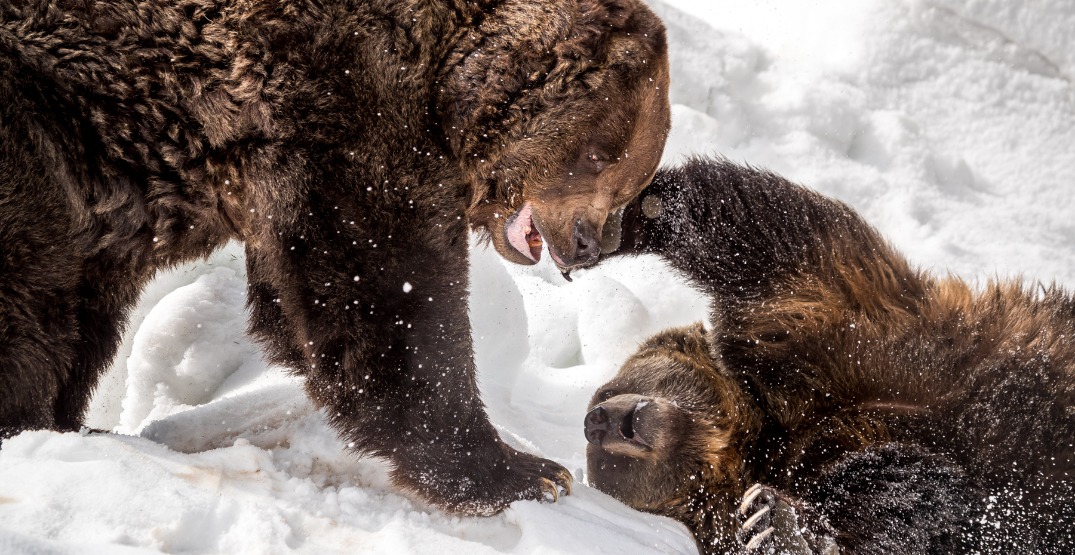 Grinder and Coola have been at the Grouse Mountain Refuge for Endangered Wildlife since 2001, when they were rescued after being orphaned during separate incidents in Invermere and Bella Coola. 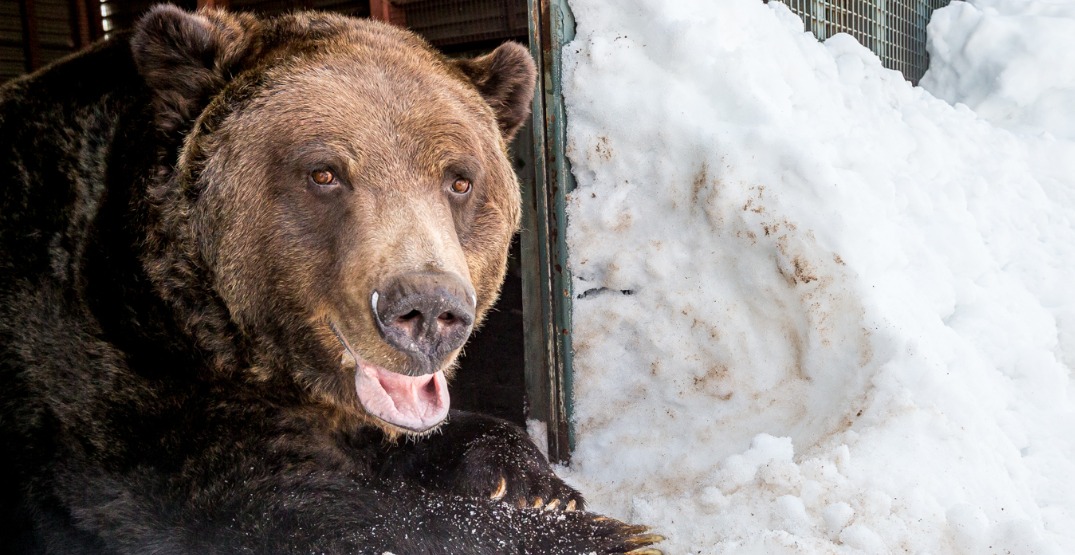 One bear looked totally blissed while soaking up the sun. 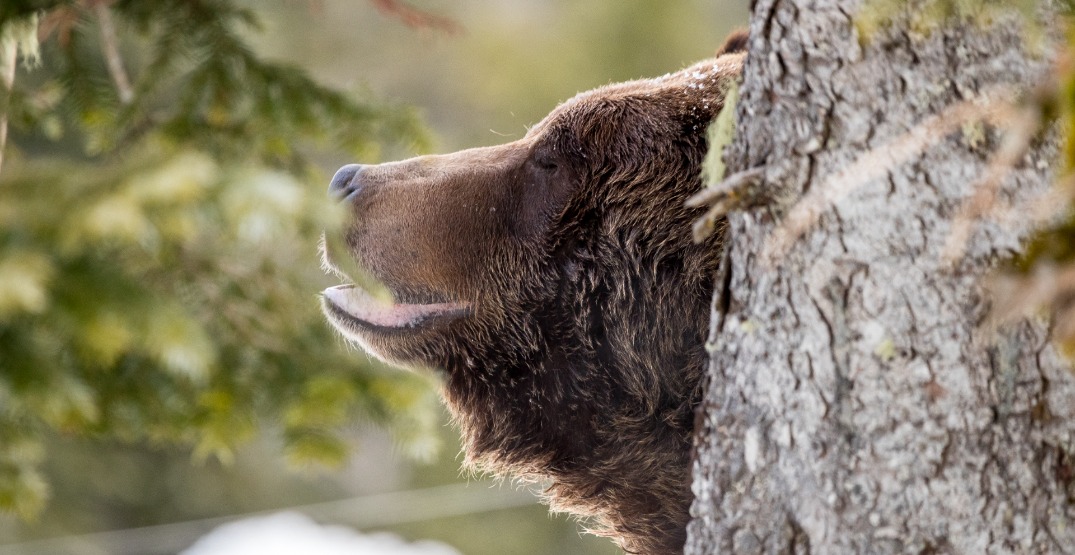 Dr. Ken Macquisten, Wildlife Refuge Director and Veterinarian, said he’s excited to watch the bears explore their habitat and to welcome guests eager to see them.

“As our team works to gradually expand their habitat to its full size, we welcome guests to visit the bears at the Grouse Mountain Refuge for Endangered Wildlife and stay connected with them virtually from around the world,” he said. 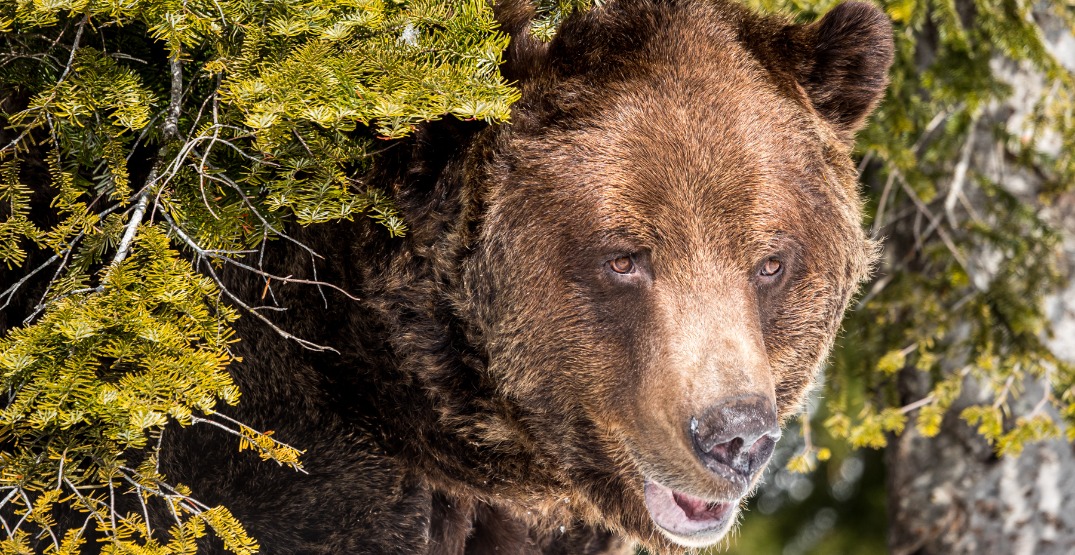 Hibernating allows the bears to conserve their energy during a time when there’s not usually much food available.

When Grinder was first found, he was “wandering alone on a logging road, dehydrated, thin, weak, and weighing only 4.5 kg.” He’s come far since then, and is now known for being outgoing, high-spirited, and dominant. 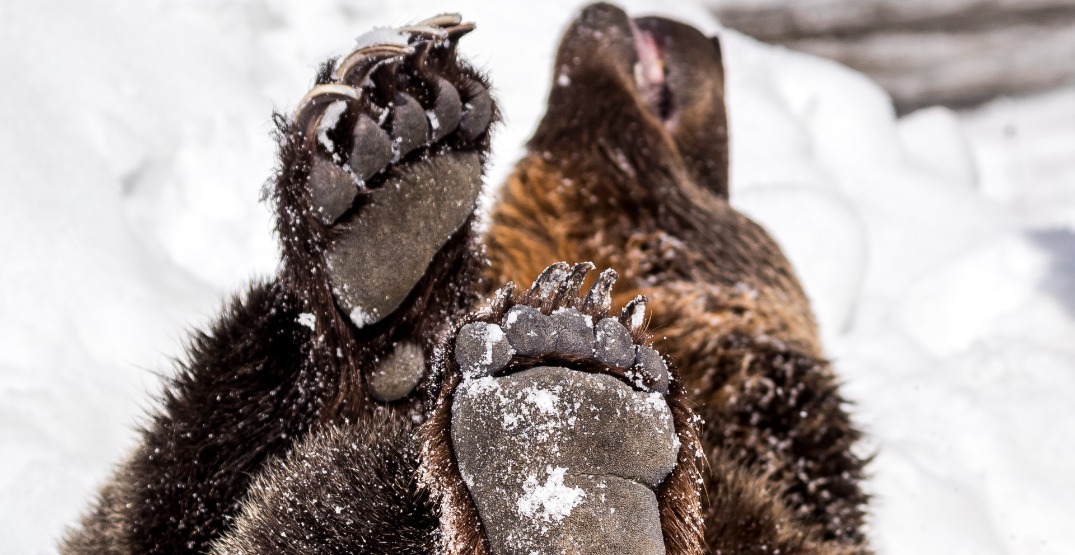 Coola was found on a highway after his mother and two brothers were killed by a truck. Compared to Grinder, he’s now easygoing and often found playing in the pond at the refuge.

To learn more about them, visit Grouse Mountain’s website.