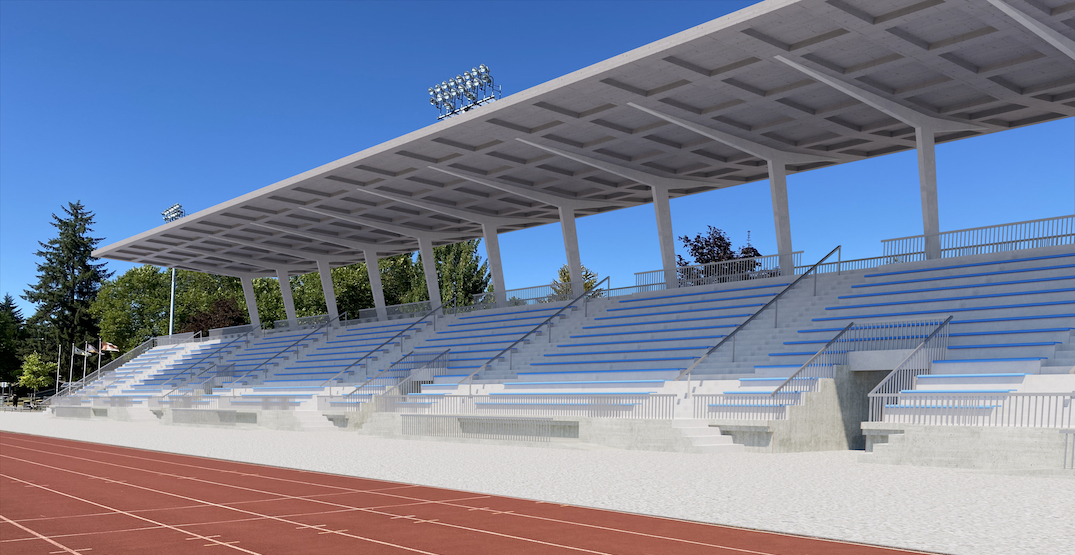 A detailed design has been drafted for the City of Surrey’s proposal to build an athletics centre at Bear Creek Park, effectively providing the existing athletics facilities near the core of the park with a complete overhaul.

Bear Creek Athletics Centre would be a new permanent grandstand with seating for 2,200 spectators, with about two-thirds of the grandstand covered with a roof. There is space for the installation of 1,000 temporary seats for the larger capacity needs of competition events.

This new grandstand structure would also include team change rooms, officials’ rooms, equipment storage space, ticketing office, public washrooms, and concession facilities. All of this would be integrated with the existing park.

Additionally, the existing track and synthetic turf field would be upgraded to align them with international sport standards. 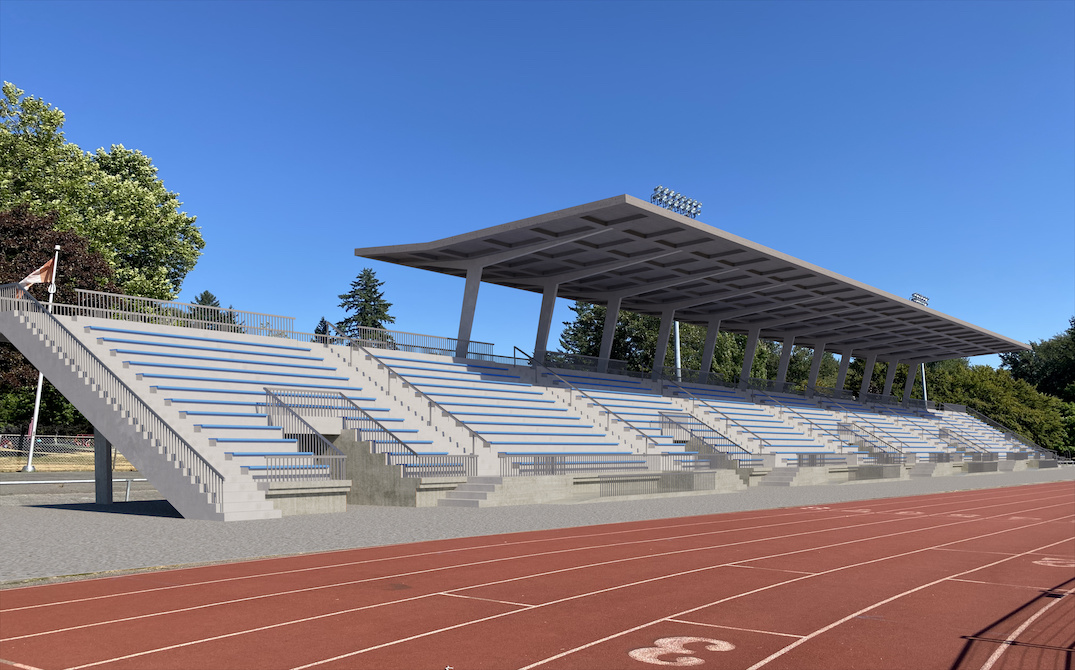 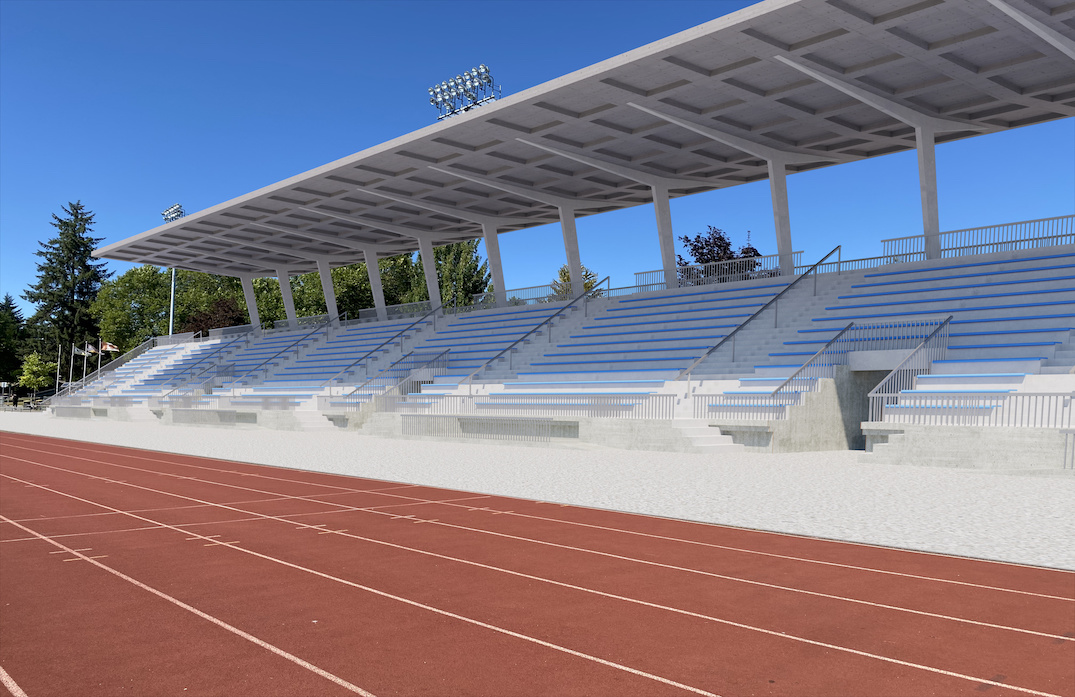 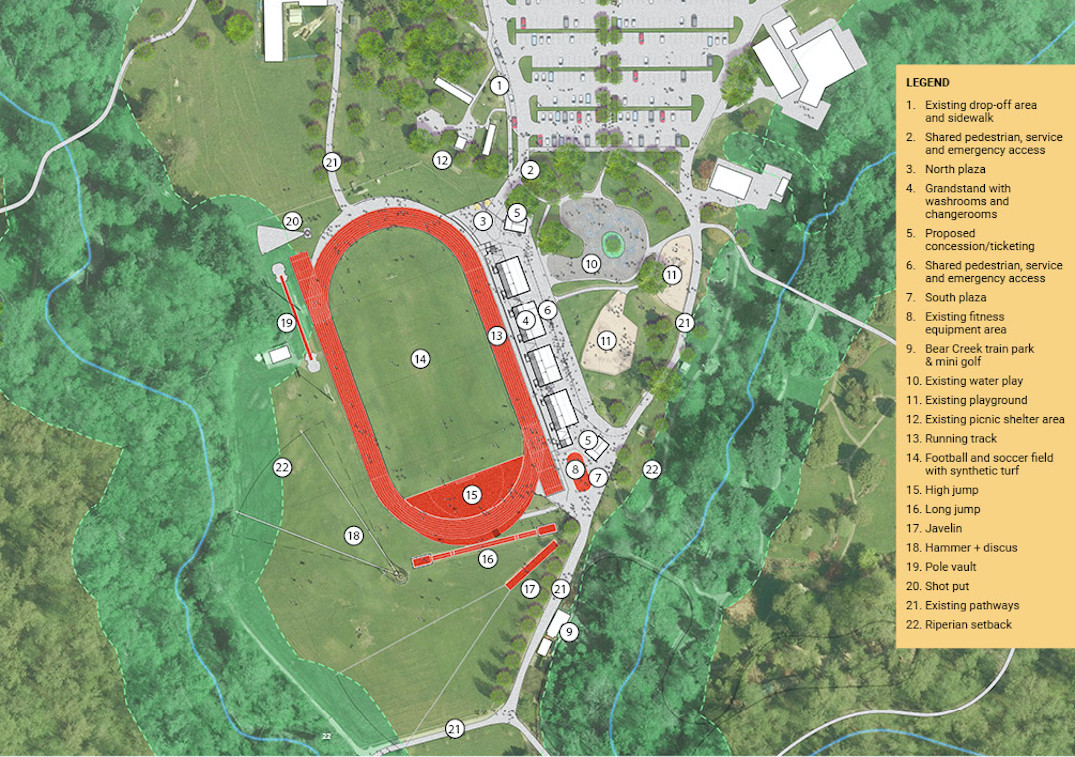 “The planned sporting facility upgrades at Bear Creek Park will help position Surrey as a regional destination for high-level soccer and football games in addition to a full range of track and field sports,” said Neal Aven, manager of parks for the City of Surrey, in a statement.

“It will also provide the local community access to state-of-the-art sporting amenities and provide the City with a potential new venue to host cultural events.”

The municipal government has launched the final round of public consultation on this project, now seeking feedback on the facility’s detailed design. An online survey is open through August 29, 2021, and an on-site, in-person open house is scheduled for 4 pm to 7 pm on August 18, 2021.

The project is expected to carry a total cost of $21 million. 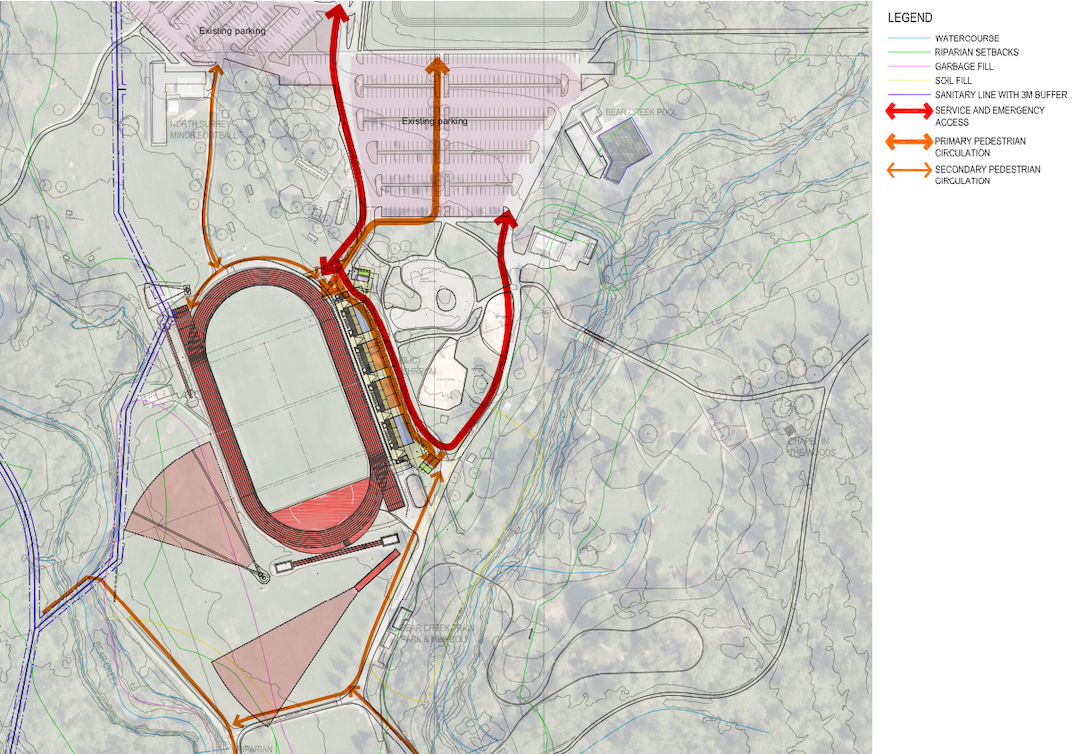 City staff will use the feedback from this current consultation to refine the design. Construction is expected to start in early 2022 for an opening in Spring 2023.

Other changes are also planned for the southern perimeter of Bear Creek Park, after city council approved an east-west extension of 84th Avenue for a new continuous route across Surrey. The $18-million road extension was approved in late July 2021, but a local group opposed to the project for environmental reasons was able to quickly secure an interim injunction against the city, preventing any on-site work from happening until August 19, 2021 when the main injunction application is heard.