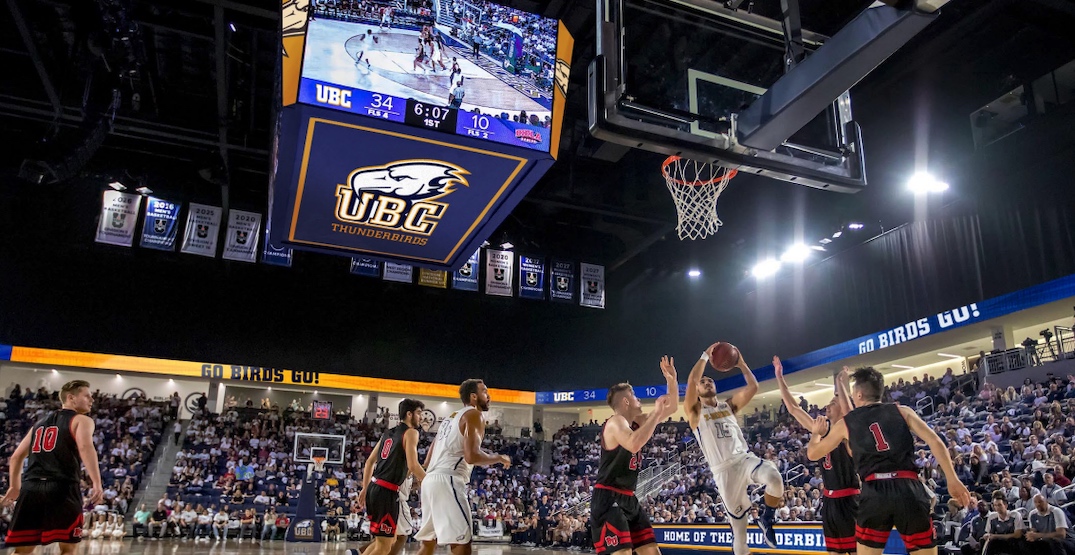 The University of British Columbia has ambitious plans to improve the athletic and recreational facilities of its Vancouver campus over the next 20 years.

As many of the existing facilities are aging and no longer meet the needs of the growing student population, there is now a goal to build replacement and new additional facilities.

Various additional approvals, along with fundraising, are still required for several projects. Here is a rundown on the latest details of the key projects being planned under GamePlan:

The board of governors approved in principle the project to build a new 101,000-sq-ft recreational centre at the westernmost end of Student Union Boulevard, immediately north of the UBC Life Building (former Student Union Building). 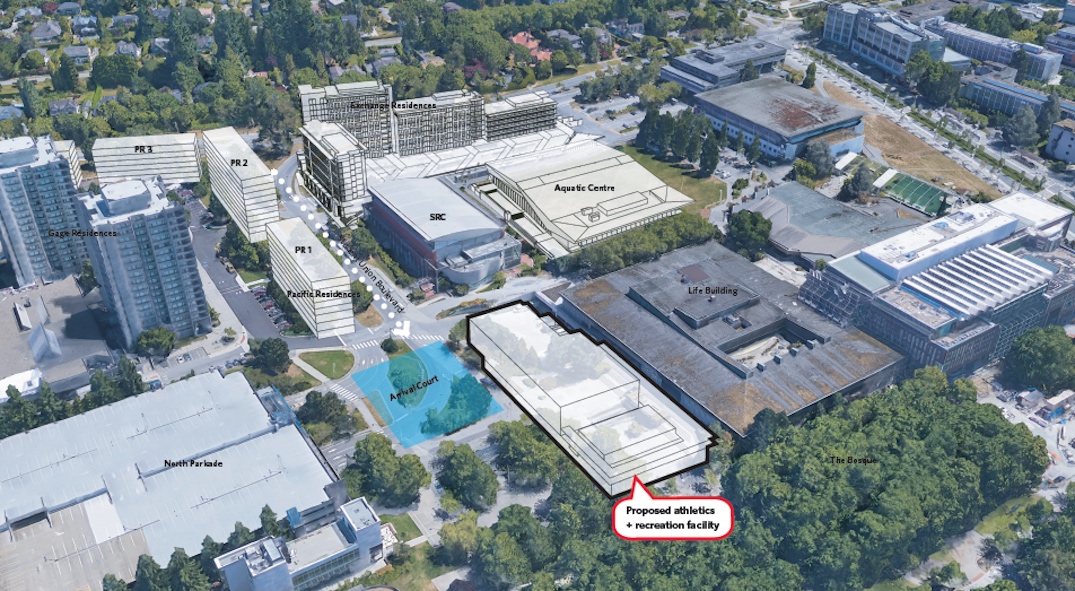 It will include three gymnasiums and 41,000 sq. ft. of fitness space, including a state-of-the-art weight and cardio fitness gym, functional training and multipurpose spaces, dojo, and an upper level indoor track.

This single new facility is anticipated to resolve much of the existing shortage in leisure recreational space, resulting in crowding for outdated facilities.

The New Recreation Centre will elevate the Vancouver campus’ recreational space offerings to 0.076 sq. metres per student. The campus currently has 55,000 students, and strong growth is expected. 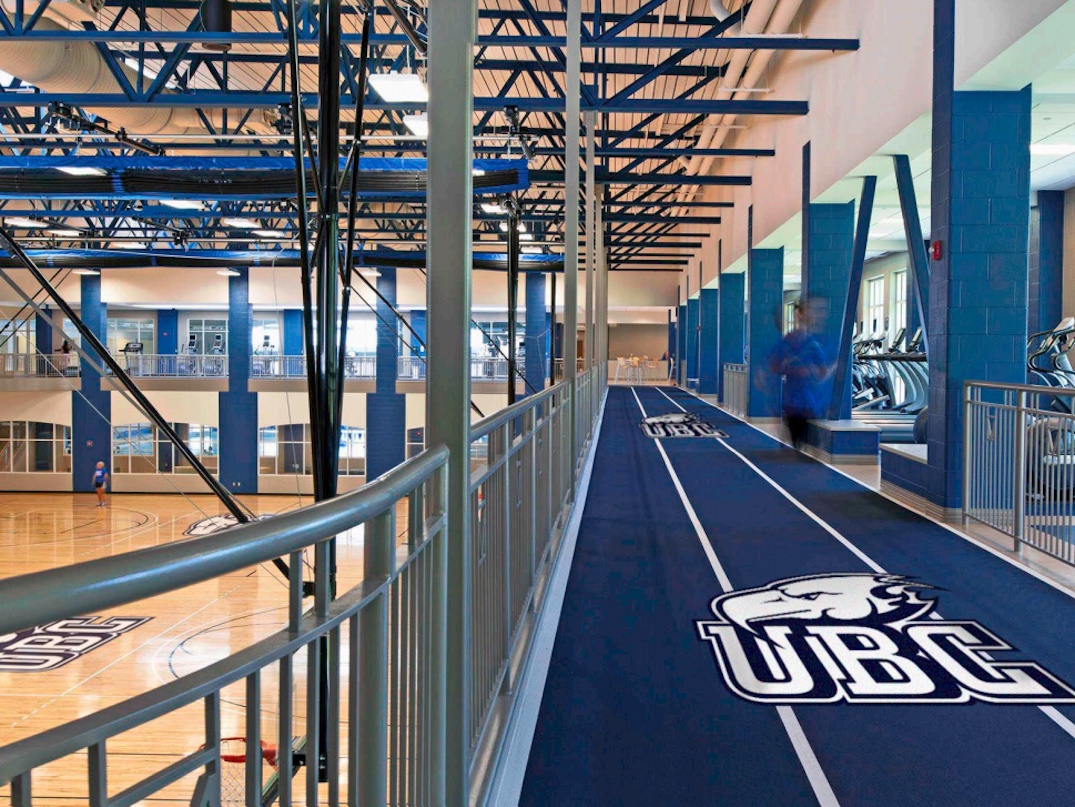 “This facility is intended to address capacity issues. Our facilities right now don’t meet the size and scope of the student body,” said Ainsley Carry, vice-president, students of UBC, during Tuesday’s board meeting.

“Usually there are long wait times at each of the facilities. So students have been finding outdoor places to exercise, but in difficult times of the year when the weather is not as good, it is difficult for students to find a place to work out.”

The existing Student Recreation Centre immediately to the east will be retained and renovated.

The new facility has an estimated construction cost of $66 million, with $22.5 million coming from annual student levies approved in a 2017 student referendum, and the remainder from the university and donors.

Construction could begin in Summer 2020 for an opening in time for the start of the 2024-25 school year.

The 1951-built War Memorial Gymnasium is in dire need of attention due to “significant deterred maintenance” and seismic resilience issues, says Carry.

Built shortly after the Second World War, the 65-year-old, 3,000-seat indoor stadium was dedicated to those who lost their lives fighting both World Wars and their families. 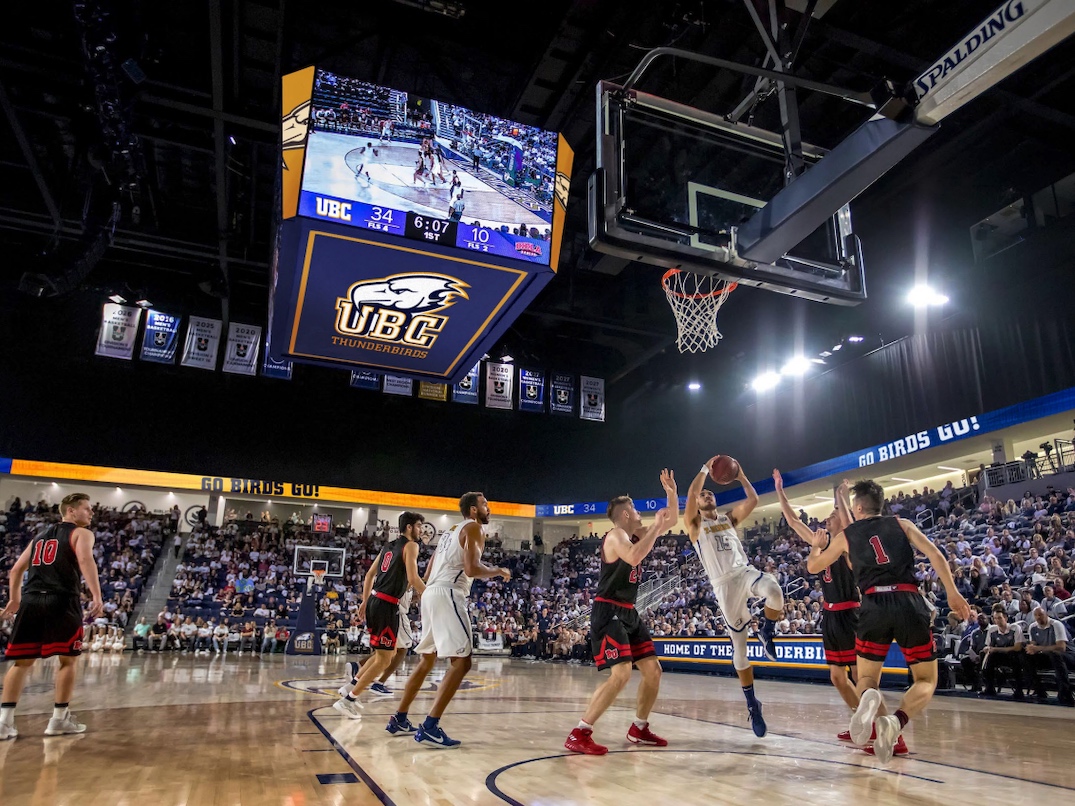 A number of options are being considered, including varying scopes of renovation.

Even a basic renewal with just building systems and lobby upgrades, without any changes to the roof and floor, will cost $36 million. A mid-level renewal comprised of systems upgrades, a new roof, and significant entrance upgrades will cost $49 million.

A full renewal with a new roof, new floor, new entrance, and an additional programmable area and commercial space opportunities below the court floor will cost $59 million. However, this intense renovation scope is near the higher cost of a new purpose-built facility.

According to the university, a new facility will offer the ability to most effectively meet program needs, has the greatest fundraising potential, and could free up valuable land in the campus core area as a result of its more efficient footprint.

A new replacement Thunderbird Stadium is proposed for the open field and partially treed site at the northwest corner of the intersection of West 16th Avenue and East Mall.

The new outdoor stadium will have a covered fixed seating capacity for 5,000 spectators, and temporarily expandable to 10,000 seats for larger events. It will host varsity competitive events, student and community recreation, and festival and community special events. 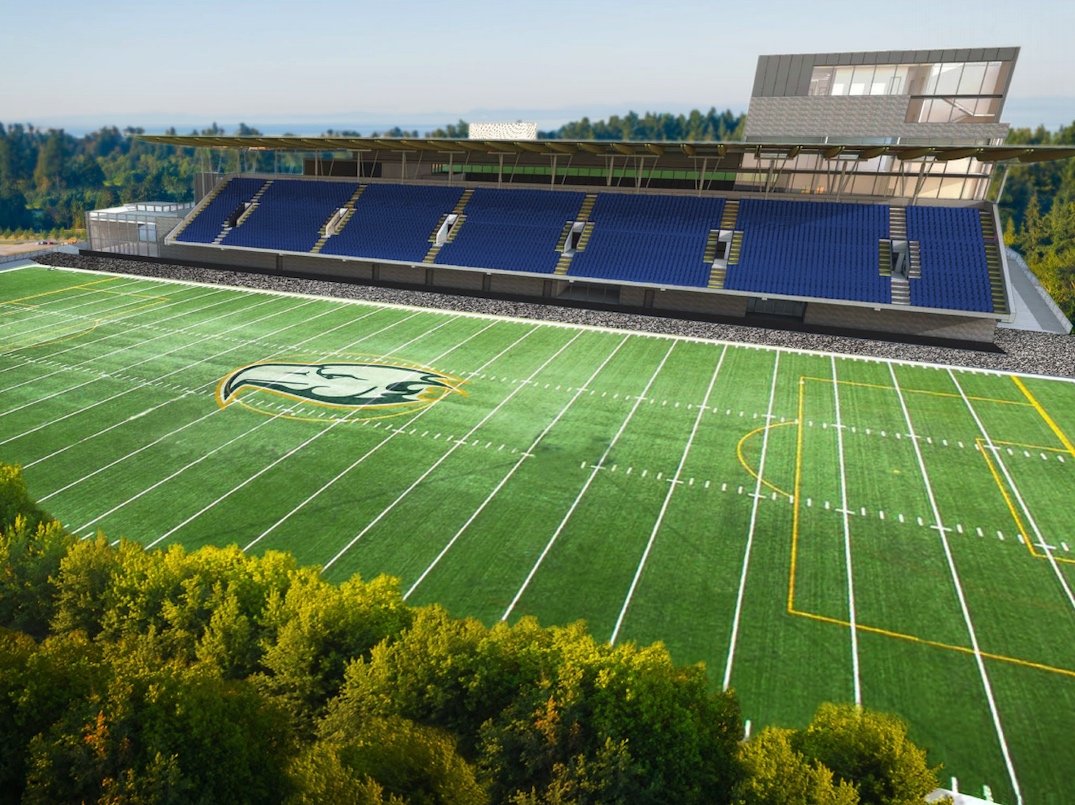 In contrast, the existing 1967-built outdoor stadium — located northwest of the new stadium site — has about 3,400 fixed seats and a maximum capacity of 12,000 spectators when surrounding grass embankments are used.

UBC staff state the existing stadium has a number of deferred maintenance and seismic resilience issues. The turf and locker rooms are in disrepair, and spectators have poor sightlines as the field is far from the grandstand. A new stadium would not only provide modernized facilities, but also a more efficient footprint for other uses.

The university’s Stadium Road Neighbourhood Plan calls for the demolition of the existing stadium for new housing, which will help fund the $45 million to $50 million cost of the new stadium. This entirely depends on the finalization and approval of the neighbourhood land use plan amendment. 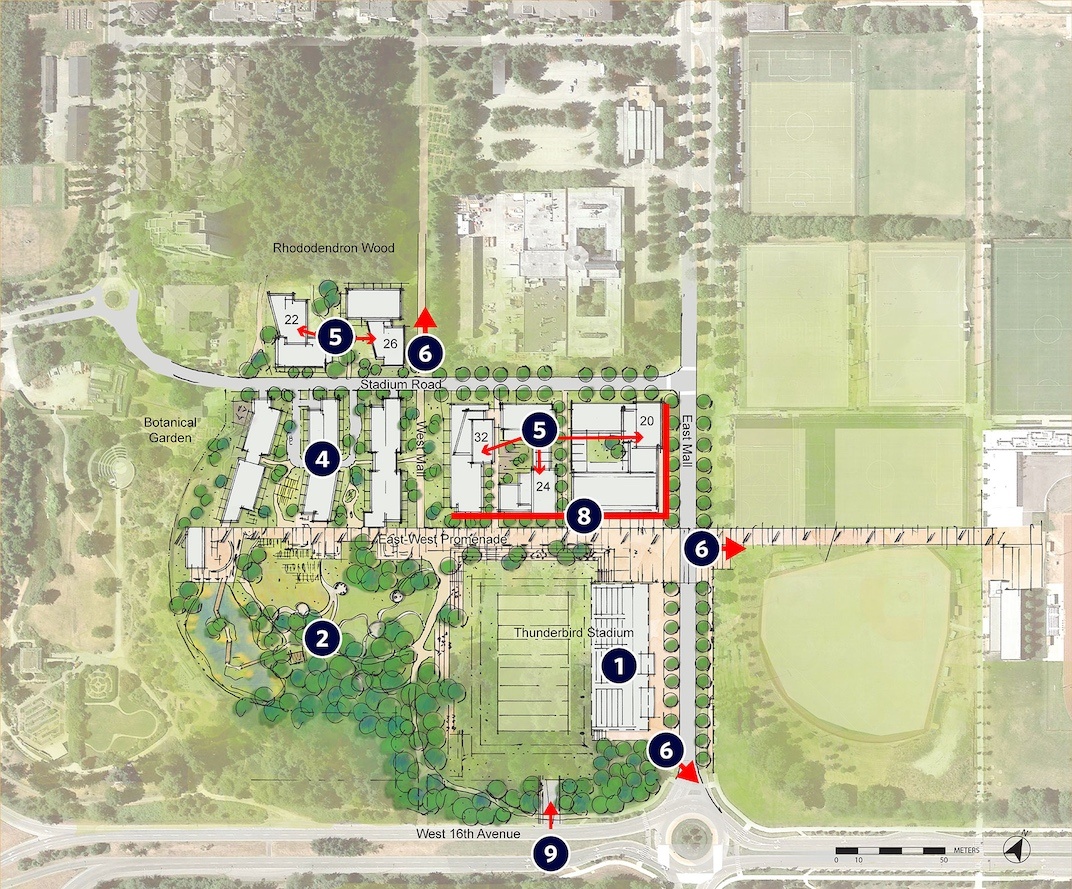 The new 22-acre neighbourhood could create up to 1.55 million sq. ft. of residential floor area, within mid-rise buildings up to eight storeys and towers between 20 and 32 storeys. UBC plans to commit 67% of the new homes — over 1,000 housing units — for faculty, staff, and students, including ownership options and market rental restricted to those who attend or work at UBC.

The remaining 33% will be general purpose market housing that will help fund the new replacement stadium, area amenities and facilities, parks and public realm, and rental housing. These market residential units will ensure all components of the new neighbourhood are self-funding. 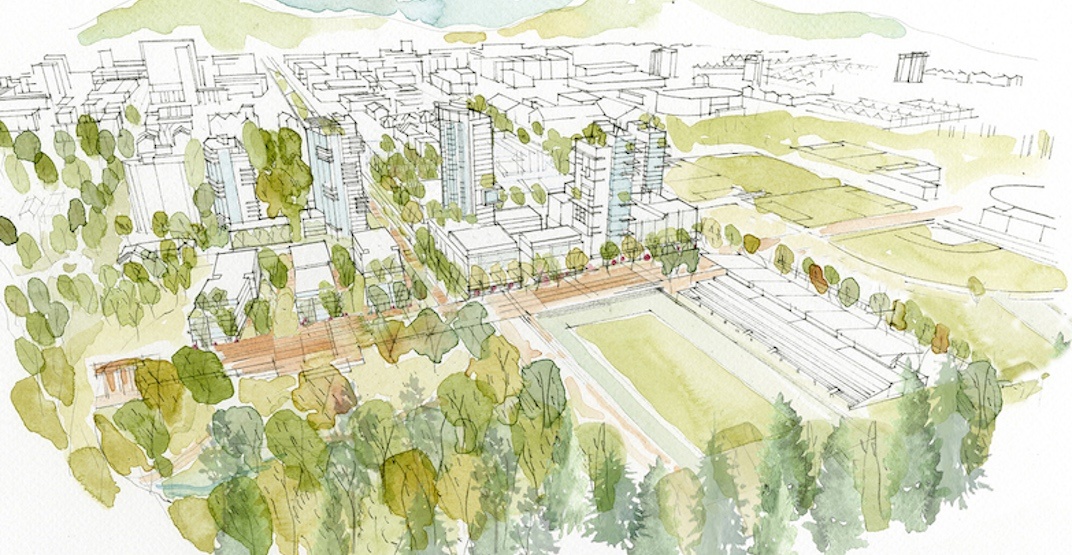 All residential spaces in this new neighbourhood will be able to accommodate a population close to 3,500 people.

A new 12,000-sq-ft Indoor Performance Centre is proposed to be a training hub for 700 elite student athletes, including the members of 26 varsity teams and Olympians.

It will include weights, cardio, athletic therapy, and support spaces. A number of location options are being considered, including the area near the tennis hub and repurposing existing spaces. This project was previously a key component of the New Recreation Centre.

UBC is in the process of exploring a donor-funded approach for the $9 million project. 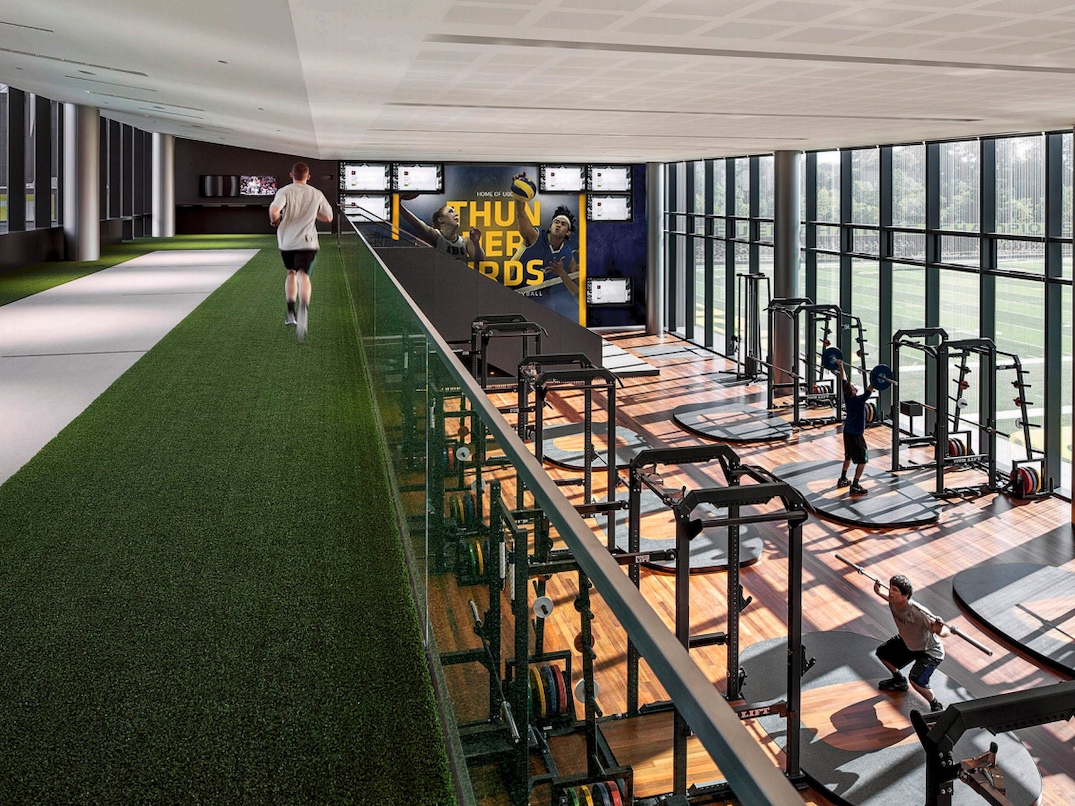 “This is the intention to bring those facilities together to focus on student behaviour especially high-performance student athletes, providing them with a facility where they can all train in as well as their coaches.” 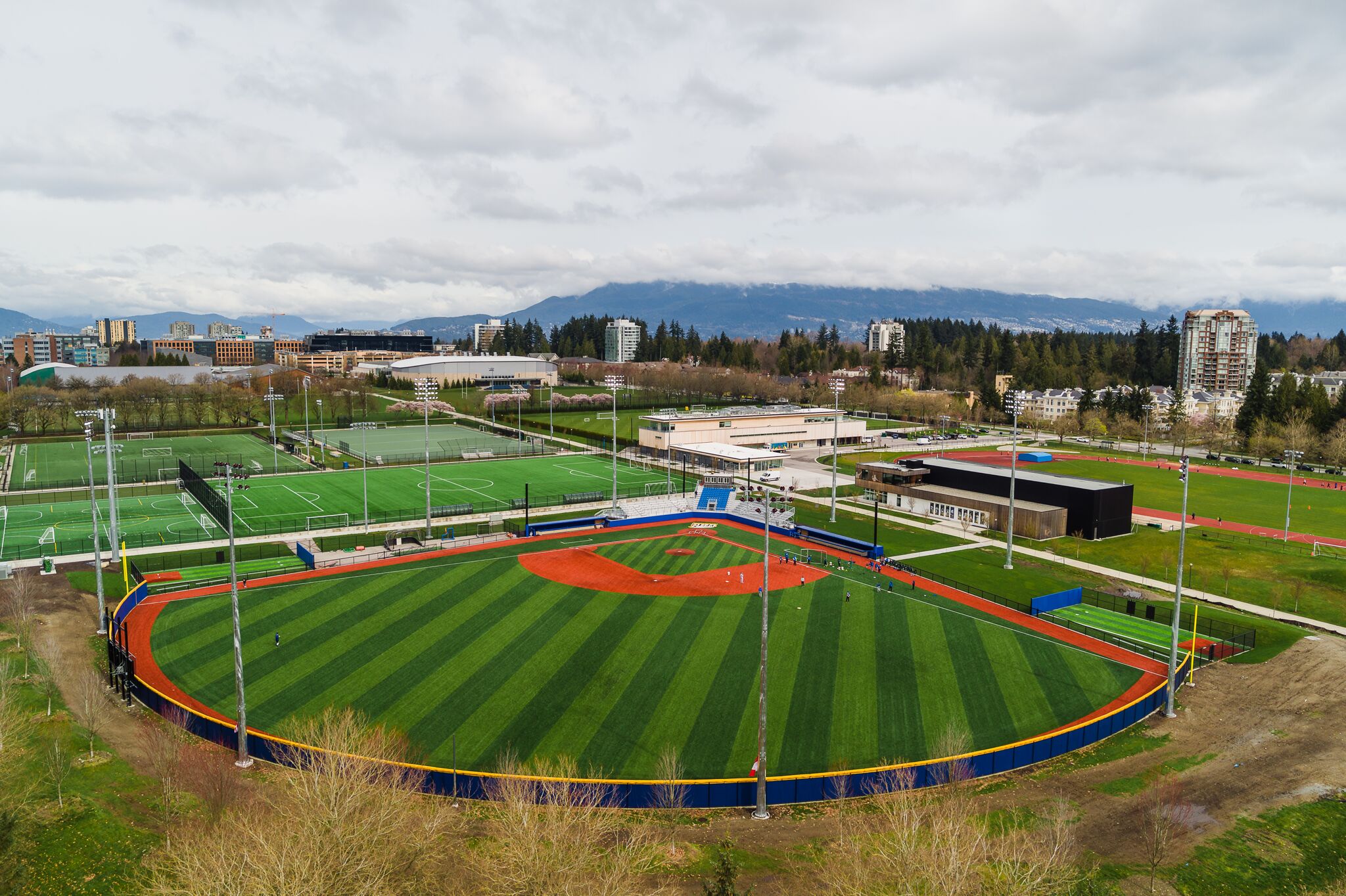 The Nobel Park softball field, located within UBC Wesbrook Village, is targeted for a $500,000 renovation to bring it up to a competitive standard for the university’s women’s softball team.

The field is currently underused, largely due to safety concerns and poor field conditions. A renovation would allow the field to be used as a training and competition home venue for UBC Softball. 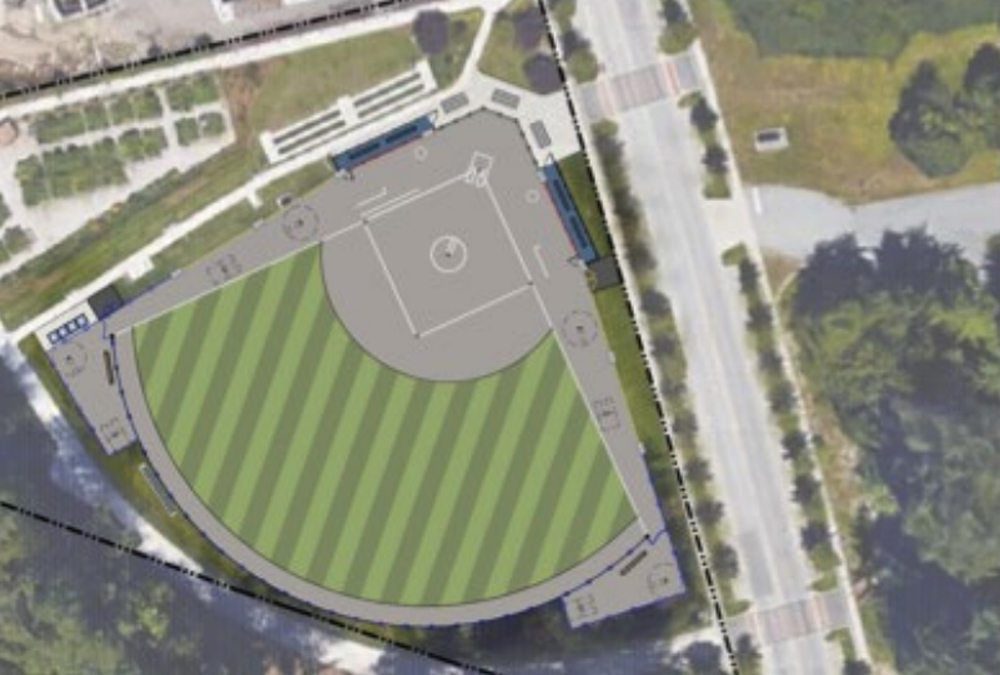 “Today our women’s softball team practices on the soccer fields, and then they compete in Surrey. They travel quite a distance to play their own home games,” said Carry.