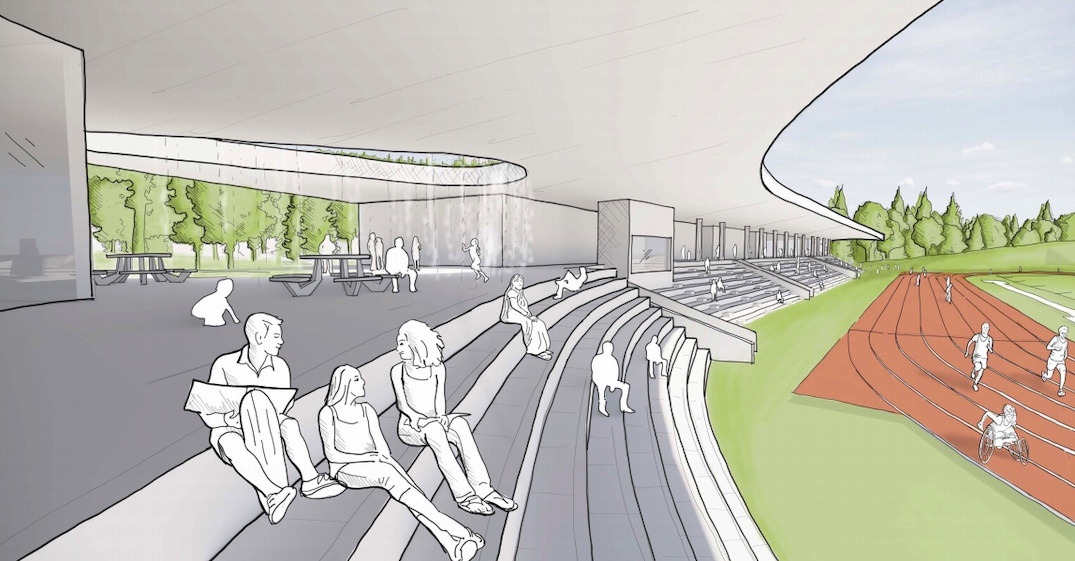 The existing track-and-field facility at the park will be upgraded to international competition standards, with the existing wooden bleachers replaced with a 2,200-seat covered grandstand.

There will also be other informal seating areas, concession spaces, meeting rooms, a timing booth, washrooms, and team change rooms.

To better ensure the new stadium can be used for year-round training and regional competitions, the grandstand structure will also include an indoor, 80-metre track, and a fitness gym.

The centre field of the outdoor track will be turf for soccer and football play. 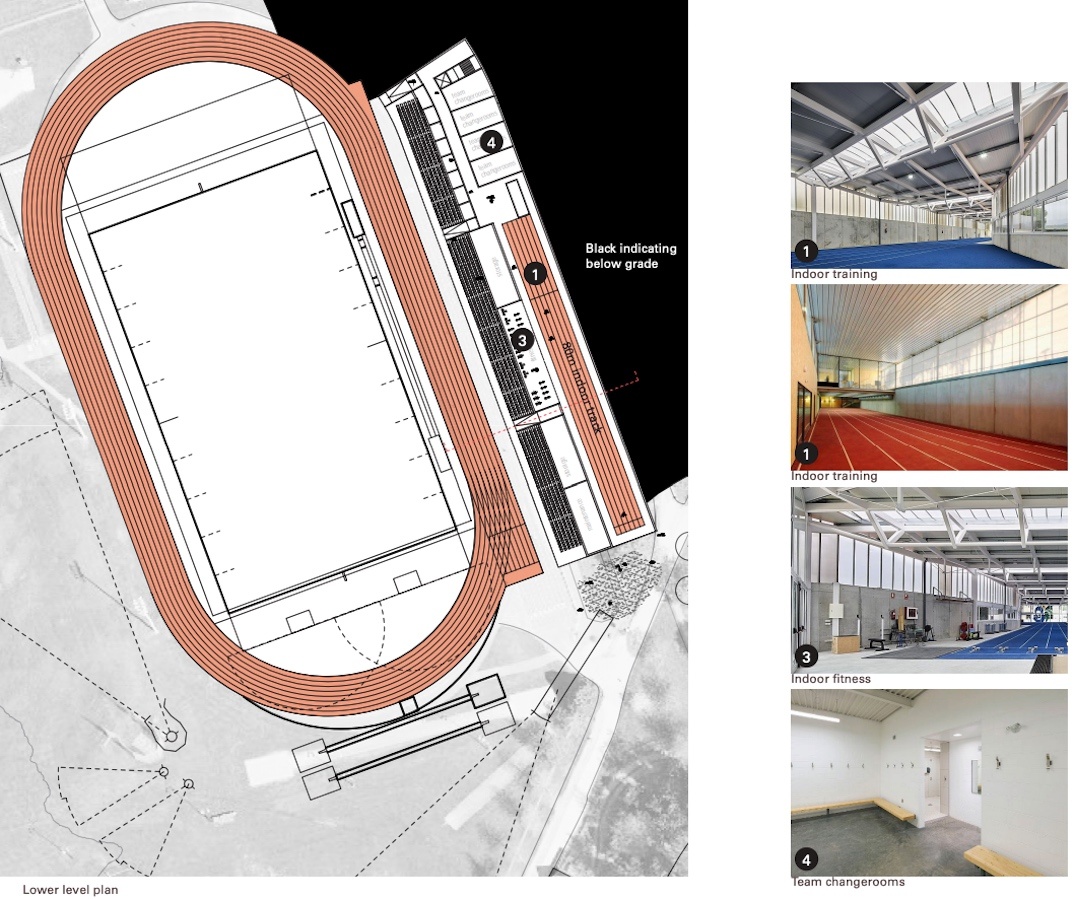 If the project proceeds, additional parking facilities will be added to the park. Construction could begin in 2022, but this is dependent on securing additional funding.

Other enhancements to the park include a new rubberized recreational walking track, which is currently under construction. 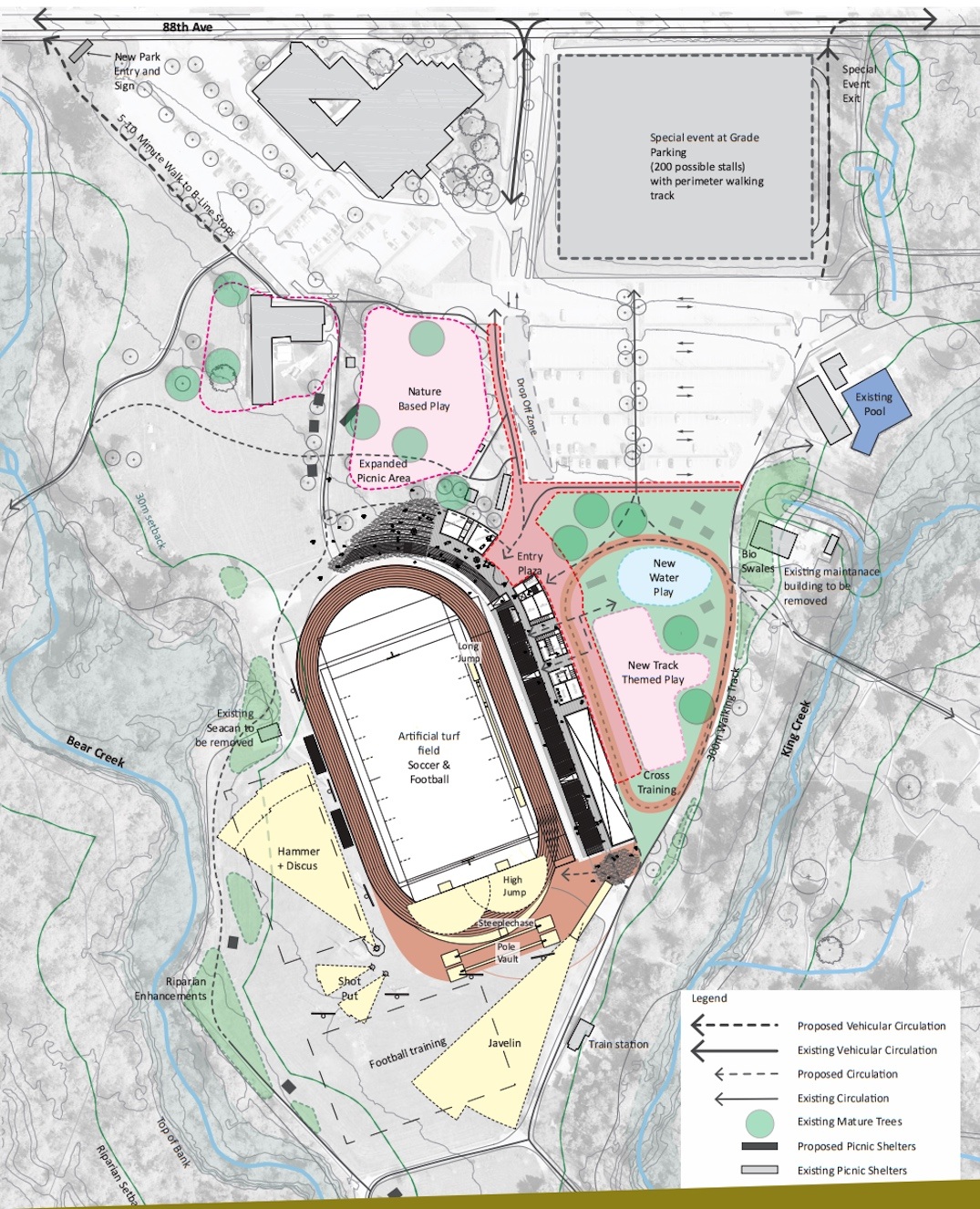 This past March, Simon Fraser University began construction on a new $10-million, 1,800-seat, partially-covered grandstand stadium at Terry Fox Field, which also has a track-and-field.

And just this past week, the Vancouver Park Board approved a new citywide track-and-field strategy that renews and expands about dozen facility locations. While two facilities have been identified for a regulation competition training standard, including the facility at Vancouver Technical Secondary School, the planned competition training facilities are less ambitious than what is being planned by Surrey for Bear Creek Park.