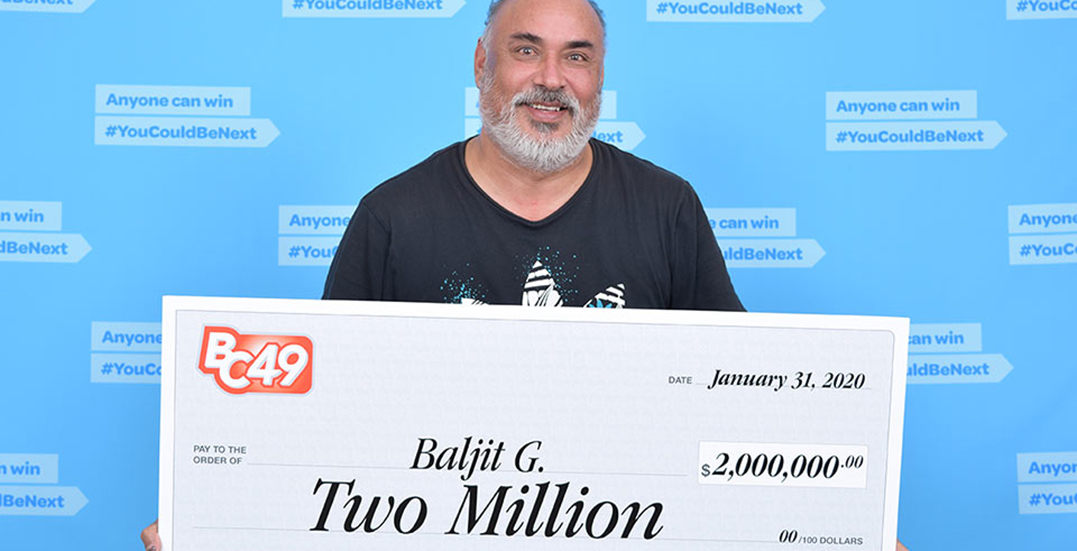 A father in Surrey is now looking to make his daughter’s “dream wedding a reality” after winning a recent BC49 lottery.

Baljit Singh Gill is a truck driver from Fleetwood, who immigrated to Canada from India in 1985. He had spent the past few months budgeting to figure out “how to make his daughter’s upcoming wedding special.”

“I scanned my ticket at the Evergreen Mall,” says Gill in an emailed statement. “I saw the two, and all the zeros, and I called the clerk over to check and make sure.”

The most heartwarming part of the story? Gill and his wife say that they still haven’t told their daughter the good news.

Gill plans to make her dream wedding come true, to pay off some debt, and to tuck away some of the remaining winnings for the future.

“She will be very surprised,” says Gill.