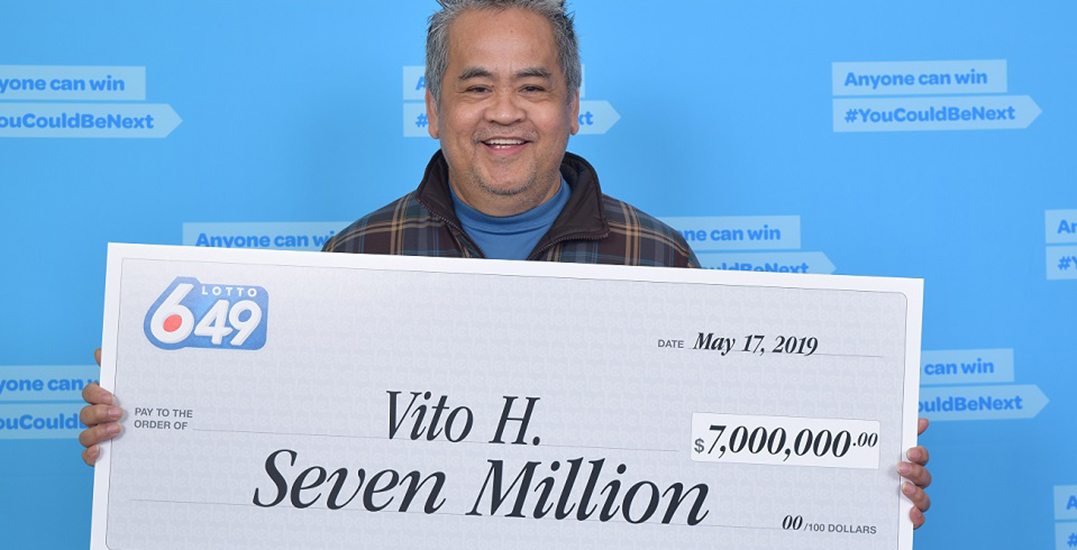 A Surrey resident has recently become the newest Lotto 6/49 winner, matching all six numbers from the April 27, 2019 draw, just days after his birthday.

58-year-old Vito Halasan won a handsome $7 million jackpot — but he’ll be taken a different course of action than most.

Unlike many other winners before him, he says he has no plans of leaving his job as a janitor, although he will scale back his hours.

Rather, the money will be going to help take care of his family.

“I buy lottery tickets so I can dream,” Halasan says. “I dream of being able to take care of my kids and make their future better. Now we’ll be able to buy a nice house for my children and grandchildren.”

Halasan moved to Canada from the Philippines in 2009. His recent winnings will go towards his three kids and four grandchildren — something that’s at the top of his bucket list.

“I remember scanning my ticket and seeing all these numbers,” says Halasan. “I have really blurry vision so I had to hold the ticket right up to my face. I couldn’t believe it.”