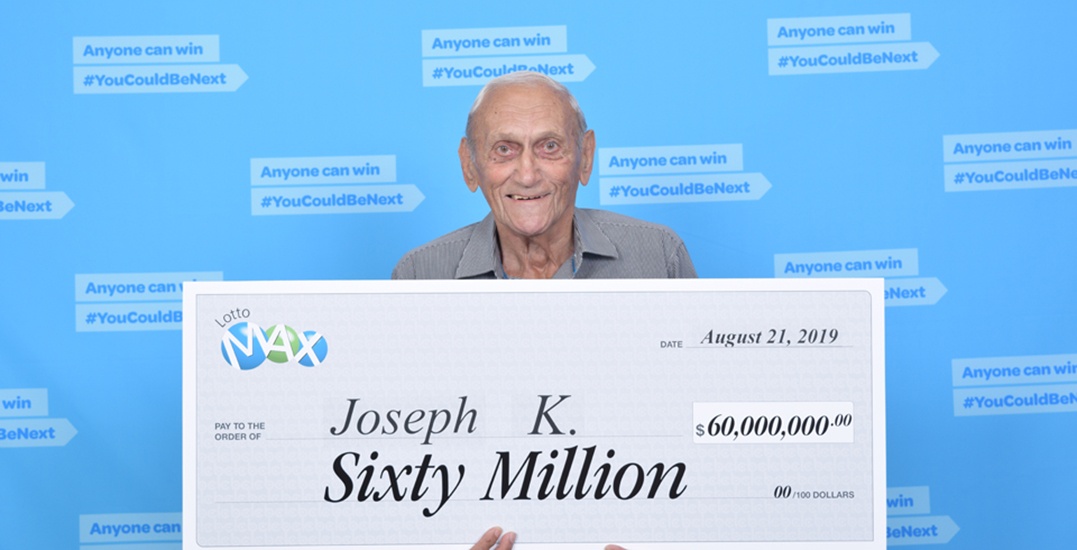 A record-breaking $60-million lottery prize has just been awarded in British Columbia — and the winner knows just what he’s going to do with it.

Joseph Katalinic, a retired fisherman from Richmond, BC, is the newest Lotto Max jackpot winner.

The winning ticket, which matched all seven numbers of the July 26, 2019, draw, was purchased at the Seafair Centre in Richmond.

Katalinic said he was in disbelief when his ticket was scanned.

“I thought to myself that it can’t be true… I was so excited, I had to go to two other locations to scan my ticket again just to make sure it was real,” he said.

As a result, he’ll be taking home a whopping $60 million jackpot.

The first person he told was his daughter, followed by his son-in-law and youngest daughter.

“There was a lot of hugging and kissing, and a lot of emotions,” he says.

The BCLC says that this is the largest-ever lottery prize that’s been drawn in BC — the last time a jackpot was close to this size was in April of 2016.

So what does Katalinic plan to do with his newfound treasure?

Now, he plans to “live like a king,” including some family trips to Hawaii, as well as a visit to the town in Europe where his parents were born.