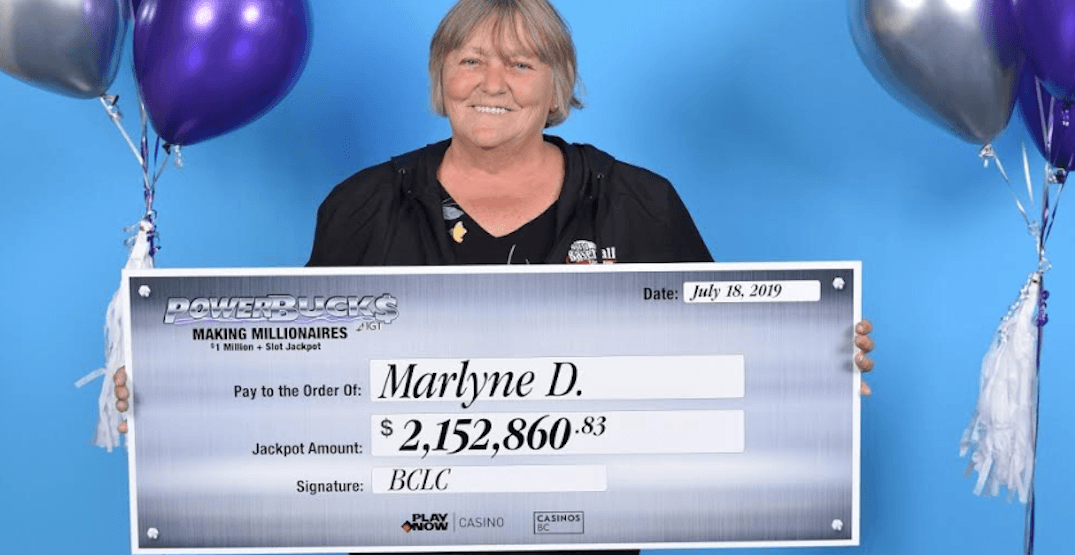 It was a record-breaking slot win for one BC woman recently, who said she “wasn’t able to sleep or eat for the first two days” after the big payout.

The win was the largest ever Powerbucks™ progressive jackpot, according to officials with the BC Lottery Corporation (BCLC).

“I was just in shock,” said Dumoulin. “I thought I had won $2,100, but my husband who was sitting beside me said he thought it was a lot more than that.”

Sure enough, there were a couple more zeroes behind the 2.1, and Dumoulin “wasn’t able to sleep or eat” for the first two days after her win.

“I actually have bandages on my fingers from chewing my fingernails,” she quipped.

“Celebrating a record-breaking Powerbucks™ jackpot in British Columbia is a thrilling occasion for our players,” said Brad Desmarais, BCLC VP of Casino and Community Gaming.