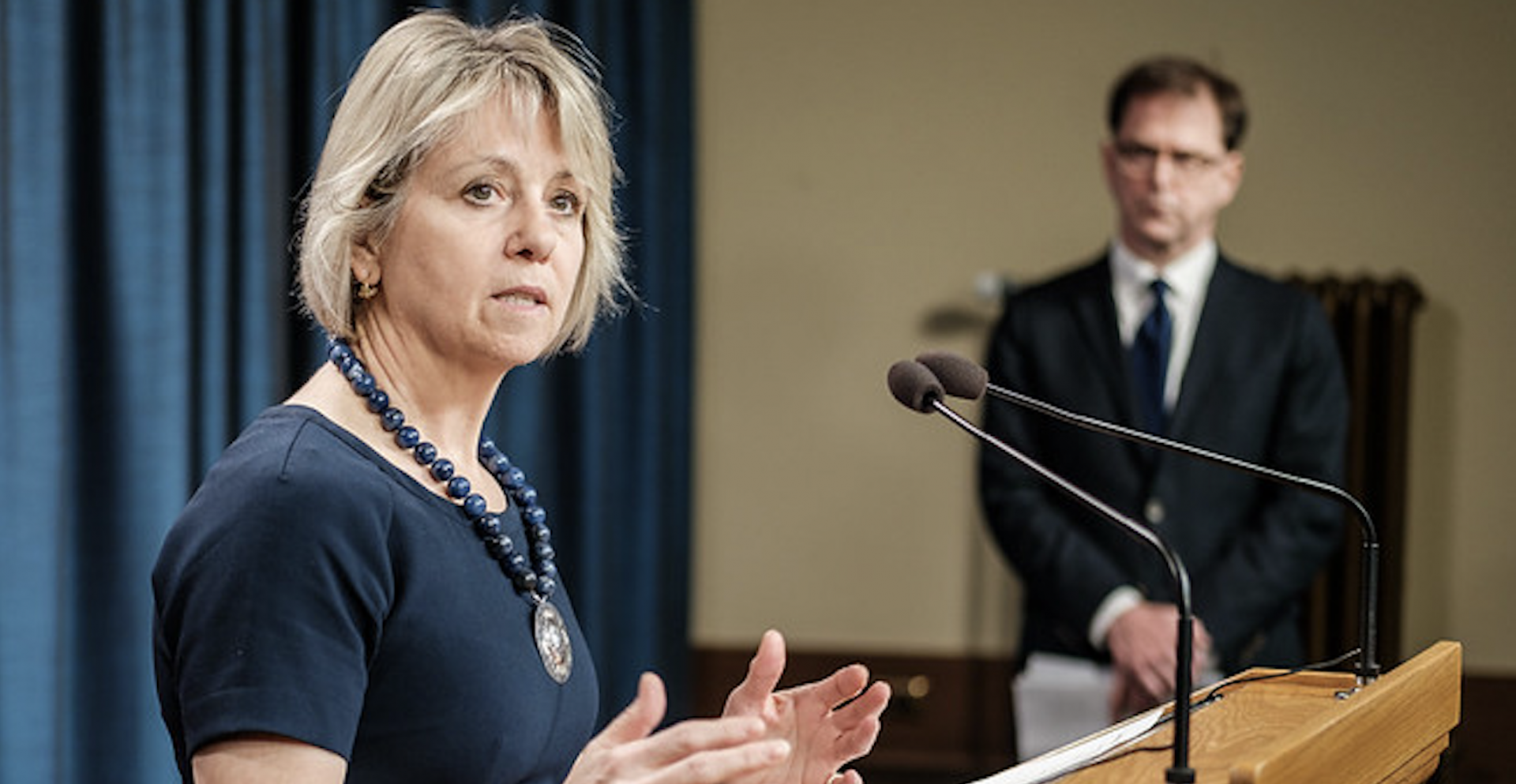 Dr. Bonnie Henry and Health Minister Adrian Dix announced a number of new province-wide measures and orders to fight COVID-19 on Thursday afternoon, as cases in BC remain high.

The new measures will come into effect on November 20 at midnight and continue at least until December 7.

Here’s what you need to know:

Household gathering restrictions now apply to all of BC

BC has expanded its health order banning indoor and outdoor private gatherings with people outside your household.

Previously, only Vancouver Coastal Health and Fraser Health residents were forbidden from hosting small gatherings with people outside their household. Now the order has been expanded to the whole province.

“Delay inviting over people for social events for the next two weeks. Particularly in indoor spaces,” Henry said.

However, BC’s definition of a “household” can include people you live with plus those in your core circle who you see regularly, such as a romantic partner you don’t live with, a parent or grandparent, or a co-parent who lives in a different household.

The province also announced a new health order calling for the mandatory use of masks in retail and indoor public spaces.

Henry says that she consulted with both the public and retail sectors, who asked for more explicit directions on the use of masks, specifically to manage employee safety and address ongoing issues with customers.

It also applies to common public areas in workplaces or hotels, such as elevators and corridors between different work areas.

Customers can be refused entrance to stores if they are not wearing a mask.

What about masks at restaurants?

The mandate applies to both employees and customers in all public and retail spaces, except when eating or drinking in restaurants.

Remember, you should only visit restaurants with people in your household or core bubble.

All community gatherings and events in the province are banned for the next two weeks – regardless of how many people they include.

“I’m ordering that there’ll be no social gatherings of any size with anyone other than your immediate household,” said Henry.

That said, exceptions will be made “for those important events – funerals, weddings, ceremonies such as baptisms – which may proceed in a limited way with a maximum of 10 people including the officiant.” As well, “there are to be no associated receptions – inside or outside – associated with these celebrations.”

High-intensity interval training (HIIT), hot yoga, and indoor spin classes will be stopped until further notice. The suspension applies to all businesses, recreational centres, and other organizations that organize or operate the activities.

Henry added the conditions needed to make some of these activities safe are not possible at this time.

She also addressed team sports, adding that most of the risk comes from travelling, as well as gatherings that occur between activities, such as on the bench, while carpooling, and before and after practices and games. BC will remain in its current phase of sporting activities; however, there will be no spectators for indoor and outdoor sports or travel outside of the community.

British Columbia has asked locals and tourists from other provinces to postpone their non-essential travel plans for at least the next two weeks to try to bring new COVID-19 infections under control.

“We are asking people in BC to stay local right now. To postpone recreational or social travel — whether that’s to Whistler, to Tofino, or to visit your grandparents,” noted Henry.

More information about BC’s updated restrictions can be found here.