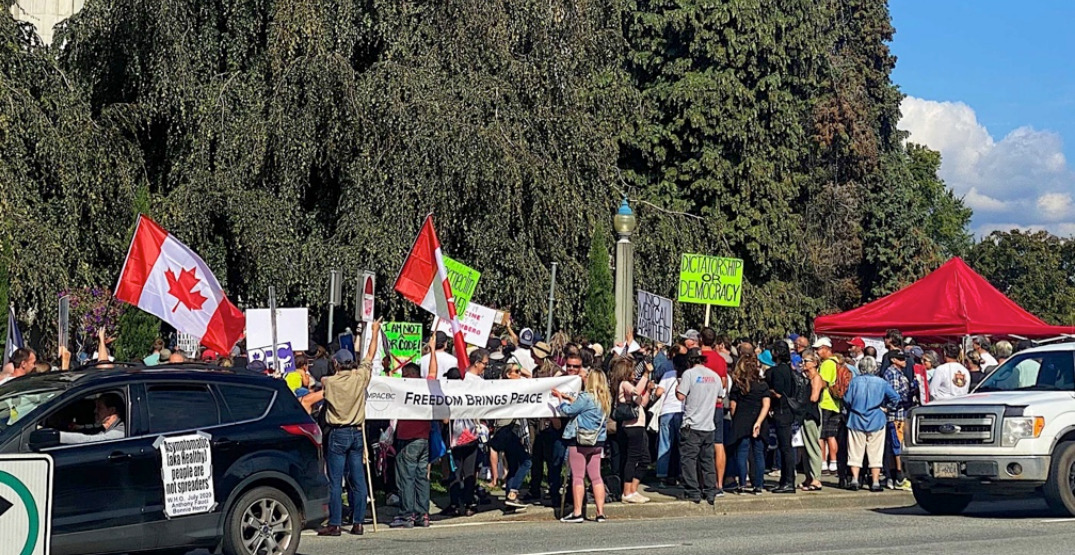 While it wasn’t as much of a spectacle as the first vaccine passport protest in Vancouver, dozens of demonstrators, which swelled to hundreds, showed up at City Hall to express their displeasure about the BC Vaccine Card, which went into effect on Monday, September 13.

Planned last week, the protest, which is ongoing, has thus far been peaceful.

Vancouver police were on the scene, ensuring the safety of the protesters and the public.

The protest was originally planned to take place at Vancouver General Hospital (VGH), but a last-minute adjustment to the plans relocated the protest to Vancouver City Hall.

Signs like “Freedom Brings Peace,” and “Dictatorship or Democracy” could be seen being held up proudly by participants.

The protesters view the BC Vaccine Card as an attack on their freedom.

At one point during the protest, the crowd erupted into a chorus singing “We’re Not Gonna Take It” by Twisted Sister. 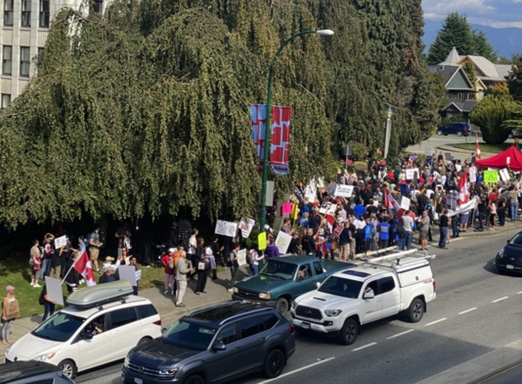 Corduroy restaurant in Vancouver is also planning to protest the BC Vaccine Card by allowing anyone to enter their restaurant today, regardless of vaccination status.

In a comment to Daily Hive, Mayor Kennedy Stewart said, “I have nothing to say to the small minority of people who insist on spreading misinformation and making it harder for our health care heroes to do their jobs. And I have nothing to say to these same people who are driving the fourth wave and making it harder for the rest of us to move forward.”

Stewart went onto thank the vast majority of Vancouver residents, who did get vaccinated. 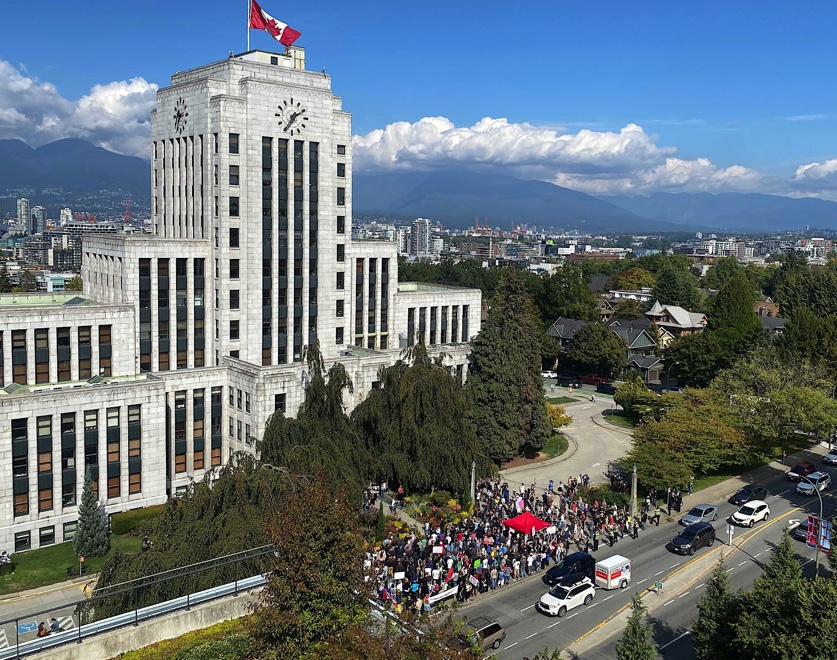 Earlier today, Prime Minister Justin Trudeau stated that if the Liberal Government wins in the upcoming federal election, he would make protests that limit access to hospitals a criminal offence. 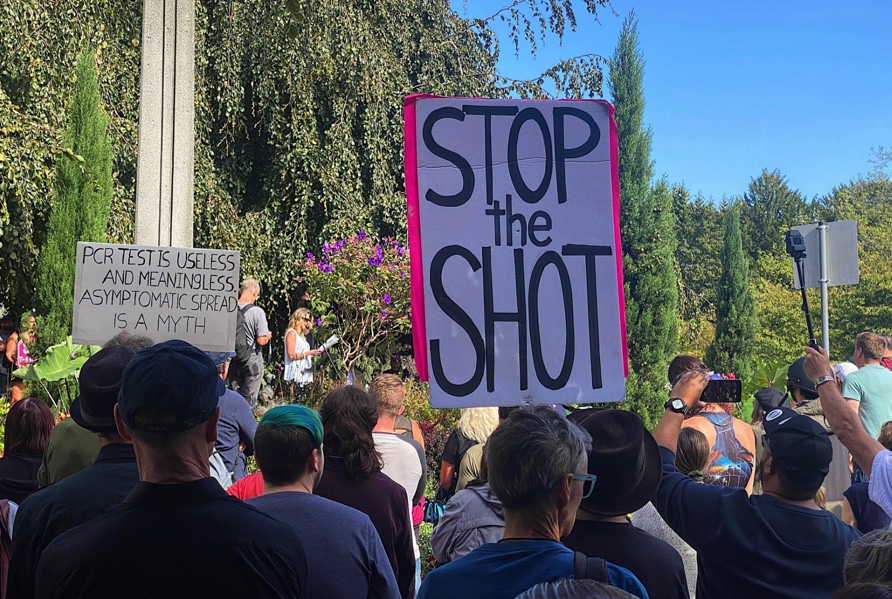 During the first protest in the area, there were widespread reports about patients unable to get to VGH, which caused major traffic issues around Broadway and Cambie and limited access for first responders.