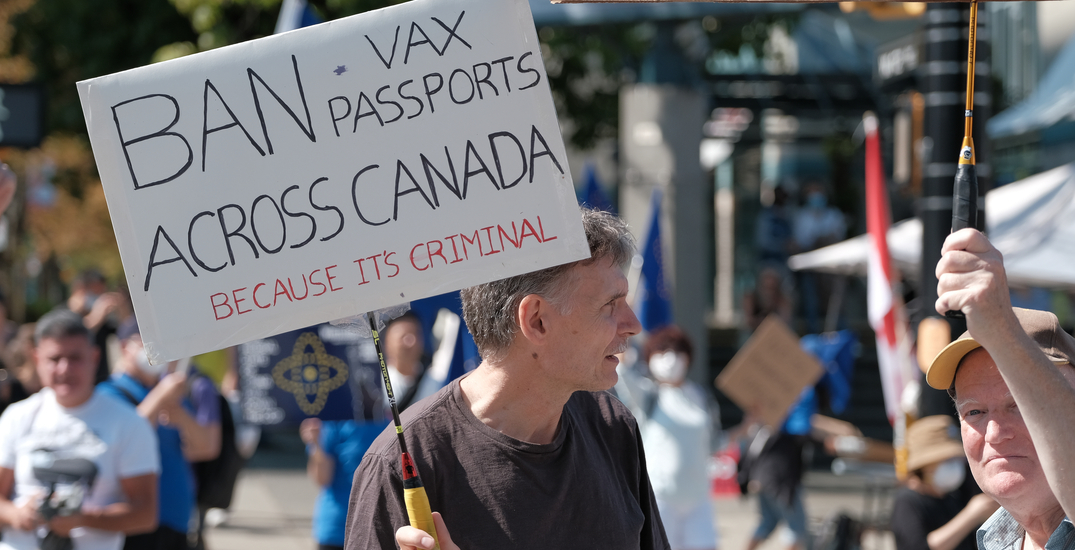 Health officials and politicians across Canada are speaking out ahead of protests expected to take place outside of hospitals this afternoon.

The group, Canadian Frontline Nurses, plans to stage “silent vigils” in 18 cities across the country today to protest what they call “tyrannical” COVID-19 measures.

Despite its choice of location, the group stated that it is not encouraging healthcare workers to walk out on their shift or abandon their patients.

“Our healthcare workers have sacrificed so much to keep us all safe during this pandemic,” Ford tweeted.

“They don’t deserve this kind of treatment — not now, not ever. Leave our healthcare workers alone.”

Toronto Mayor John Tory condemned the demonstration and said police would be on-scene to protect healthcare workers and patients.

He added that officers would arrest anyone who blocks an ambulance from responding to an emergency.

We all have a right to protest but abusing that right in order to harass people outside a hospital and spread misinformation about vaccines in the middle of the pandemic is unacceptable and beyond the pale. pic.twitter.com/c5fMmtTg07

At a press conference, Adrian Dix, British Columbia’s Minister of Health, said the demonstrations “serve no purpose at all.”

“You are allowed to express your views but to interfere with cancer patients, and heart patients, and grieving families, and people who need to use the emergency rooms…there are places to demonstrate that are not our public hospitals,” Dix said.

Following similar protests staged this month, Dr. Verna Yiu, president of Alberta Health Services, said she was “very frustrated” by the demonstrations, some of which turned into “personal attacks” on physicians and staff.

In a statement, Yiu said she was aware that some workers had been yelled at and harassed, and patients had had their access to healthcare facilities obstructed.

“That is uncalled for and extremely unsettling,” Yiu said. “Our healthcare workers are doing all they can to care for Albertans, and they deserve the utmost respect and support.”

“Now more than ever, our physicians and frontline teams need your support.”

Quebec’s vaccine passport system went into effect on September 1, British Columbia’s launches today, and Ontario’s will be instituted on September 22.

Health officials in Alberta reinstated several health measures earlier this month, including mandatory masks in indoor settings, but have not created a vaccine passport system so far.