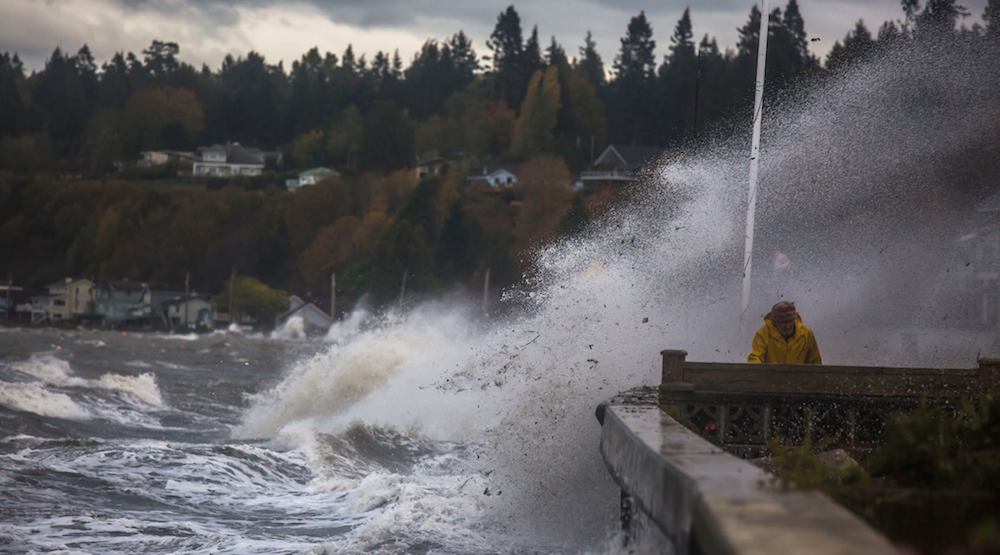 It’s always better to be prepared for a severe storm or any sort of emergency, but the feedback that weather forecasters are receiving this morning after last night’s ‘under-performing’ storm has been somewhat odd.

It’s almost like some people are disappointed that BC wasn’t battered by 100 km/hr winds, or that major power outages didn’t sweep across the region.

But the reality is that BC had a lucky escape, and that’s something we should all be grateful for.

We should be grateful that there wasn’t a major weather event, perhaps a repeat of the surprise August 29, 2015 wind storm that caused 400,000 BC Hydro customers in the Lower Mainland to go dark. Back then residents did not have their power restored until a week later.

Then there was the December 14, 2006 storm that led to 18 deaths and widespread power outages for 1.9 million customers in BC, Washington State, and Oregon. The winds from this same storm flattened the Prospect Point area of Stanley Park, knocking down 10,000 trees.

Whilst the weather didn’t quite reach the levels warned by forecasters it still led to disruption across the region, and on Friday tragically claimed the life of 16-year-old Shakir Salaam after he was hit by a falling tree in Surrey.

Over the past week, forecasters were uncertain whether the third storm fuelled by the remnants of category 4 Typhoon Songda would directly hit Oregon, Washington State, or the BC South Coast.

A landfall north or south of the Canada-US border would still impact all three jurisdictions, prompting both federal weather agencies – Environment Canada and the US National Weather Service – to issue storm warnings throughout the week.

By Saturday morning, numerous models showed a high probability that the third storm of the week would make landfall in BC by taking a direct path through southern Vancouver Island and then onto the Lower Mainland.

We were given a glimpse of what that might have meant for Metro Vancouver yesterday as 137 km/hr hurricane-force winds battered parts of Oregon during the afternoon, causing trees to fall onto property and leading to power outages for tens of thousands of customers. And just the day before, Oregon was also hit by two tornadoes spawned out of the second storm, with one EF1 tornado damaging 128 homes and destroying two businesses.

Fortunately, as it made its way northwards along the coast, the third storm yesterday strayed from meteorologist’s models and stayed much further west than anticipated. And, upon making landfall near Ucluelet on Vancouver Island, the low pressure system weakened more quickly than expected and veered off the forecasted course, moving further north than expected before disintegrating after passing through the Strait of Georgia.

In short, most of Metro Vancouver had a lucky escape.

The winds from yesterday’s storm only resulted in power outages to about 30,000 customers across the South Coast of the province. As of the time of writing, BC Hydro says just over 1,000 customers are still affected by the outages.

That is thanks to the company’s preparedness. With lessons learnt from the aforementioned August 2015 storm and with ample warning from forecasters throughout the week, BC Hydro strategically positioned its crews across the South Coast to significantly reduce response times to areas in the event of a blackout.

It’s a snapshot of what happened across the region; and Vancouver’s emergency services, transit operators, and city staff should be commended for the way in which they prepared for, and dealt with the stormy weather over the past week.

Above all however Vancouverites should be thankful for their lucky escape. Weather forecasts work on probabilities not certainties, and so it is never possible to 100% guarantee when and where storms will hit.

Instead, as the old adage says “it’s better to be safe than sorry” and by and large this week’s weather proved that British Columbia is prepared to face whatever this winter is going to throw at it.

In southern Ontario in late-August, local municipal officials criticized Environment Canada for issuing tornado warnings only after two EF1 and EF2 tornadoes touched down in LaSelle and Windsor.

There was no warning of the twisters, and the first warning was issued 20 minutes after the first tornado had touched down. 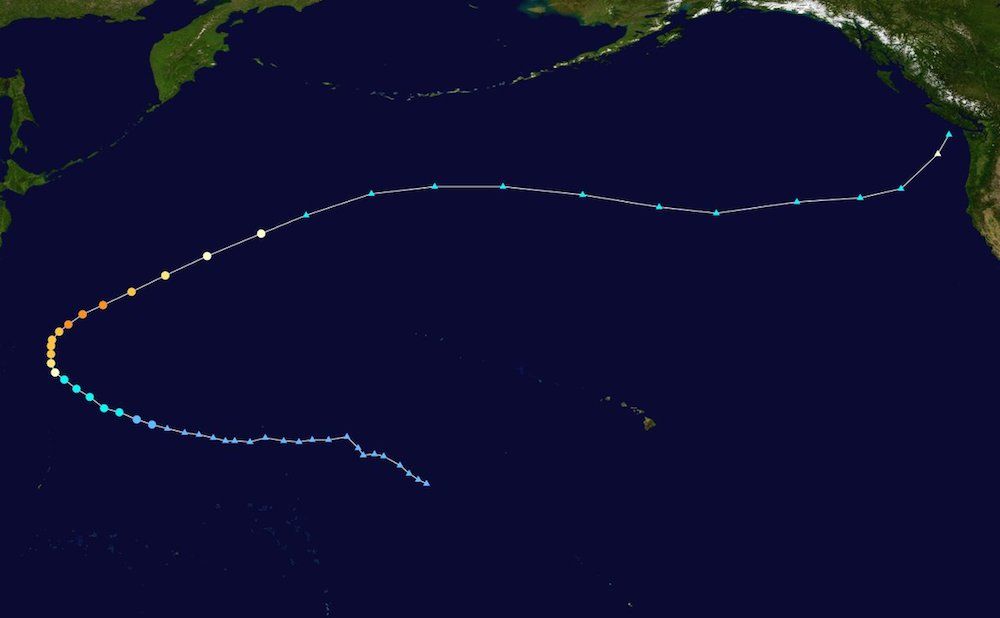 Typhoon Songda’s actual track across the Pacific Ocean. It began as a tropical disturbance southwest of Hawaii on October 3, became a tropical storm on October 8 as it approached the east coast of Japan, and turned into a super typhoon on October 10. It transitioned into a mid-latitude cyclone in the days that followed, before disintegrating over the South Coast of BC. (Credit: US National Weather Service)