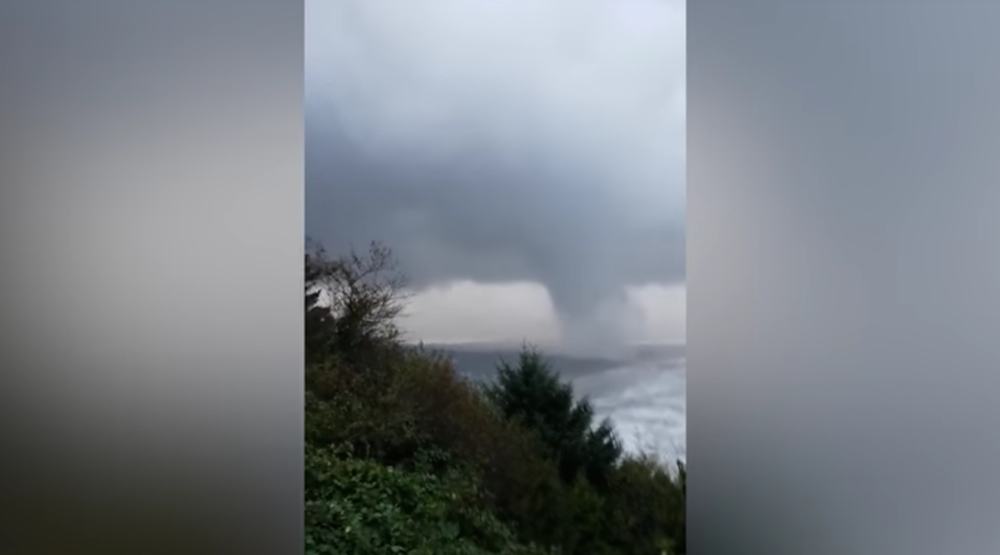 Wet, windy, and weird weather: The wind and rain storm system that hit the South Coast of British Columbia today produced at least one waterspout near Metro Vancouver.

A tweet by the Royal Canadian Marine Search & Rescue this afternoon captured waterspouts, a weaker non-super cell tornado that travels over water, in Howe Sound.

Hard to see but water spouts in Howe Sound near Horseshoe Bay!! pic.twitter.com/8j8GJA2iTw

It triggered a tornado warning in an area on the coast southwest of Seattle when a waterspout approached inland.

Update from the radar: continuing to monitor storms, the tornado potential remains south of our area. #wawx

In Oregon, two tornadoes made rare touchdowns in the Pacific Northwest about 60 kilometres south of the waterspout sighting off the coast of Washington State.

The first tornado touched ground in the coastal town of Mazanita at approximately 8:20 am, destroying two businesses and damaging 128 homes, according to the municipal government. The US National Weather Service classified the tornado as an EF2 tornado, a category of tornado that produces wind speeds of between 178 km/hr and 217 km/hr.

There were no injuries from this twister.

Less than an hour later, a tornado briefly touched down on a beach near Oceanside, located further south along the Oregon coast. However, there was no damage as it only reached the beach before quickly retreating.

EF2 tornado confirmed in Manzanita. Max winds 125-130 mph. This data is preliminary and subject to change before final publication. pic.twitter.com/VvXd3s2tuU

Tens of thousands of customers of various powers companies in both states also lost their electricity at some point of the day from the strong winds.

The worst of the three storms, a powerful typhoon remnant-enhanced storm, will make landfall on Saturday evening.

Earlier in the day, forecast models indicated the storm could have a trajectory anywhere from BC’s South Coast to Oregon, but the latest and most accurate forecasts indicate the storm will directly hit central or southern Vancouver Island before tracking over the Lower Mainland, according to Environment Canada.