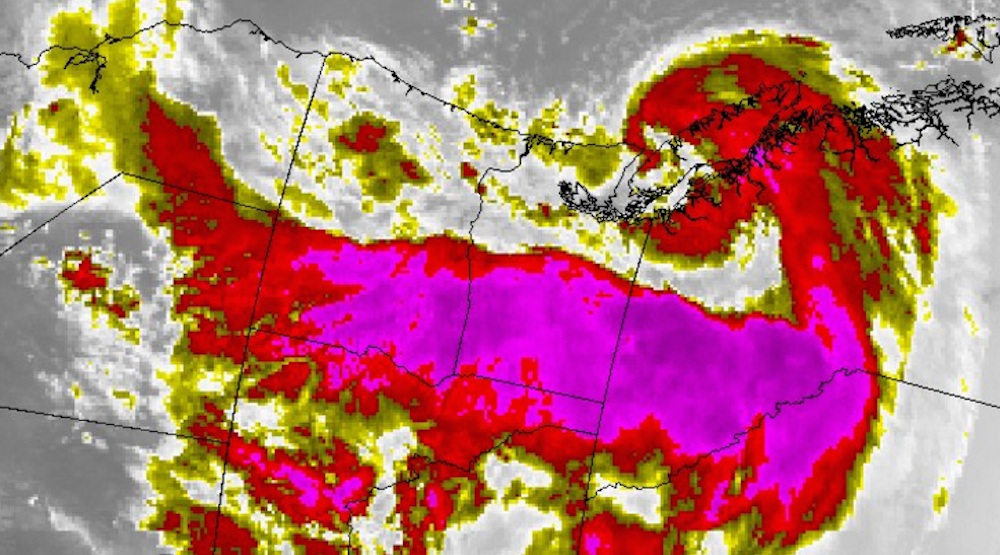 The remnants of Typhoon Songda from the West Pacific have seemingly turned into a dragon over the West Coast of North America.

A satellite photo posted by the US National Weather Service earlier this evening shows a dragon-like storm cloud formation over the BC Interior, Washington State, Oregon, and the northern tip of California.

The head of the dragon appears to be over northern Vancouver Island, and it is about to devour the bottom half of the island.

According to Environment Canada, the storm’s high winds were scheduled to hit the Lower Mainland between 9 pm to 2 am. At this time, winds in the region are relatively low, but they could pick up as the night progresses.

The storm appears to have taken a more northerly track than expected after producing damaging winds in Nanaimo and along the Sunshine Coast. Power is currently out in most neighbourhoods in both communities.