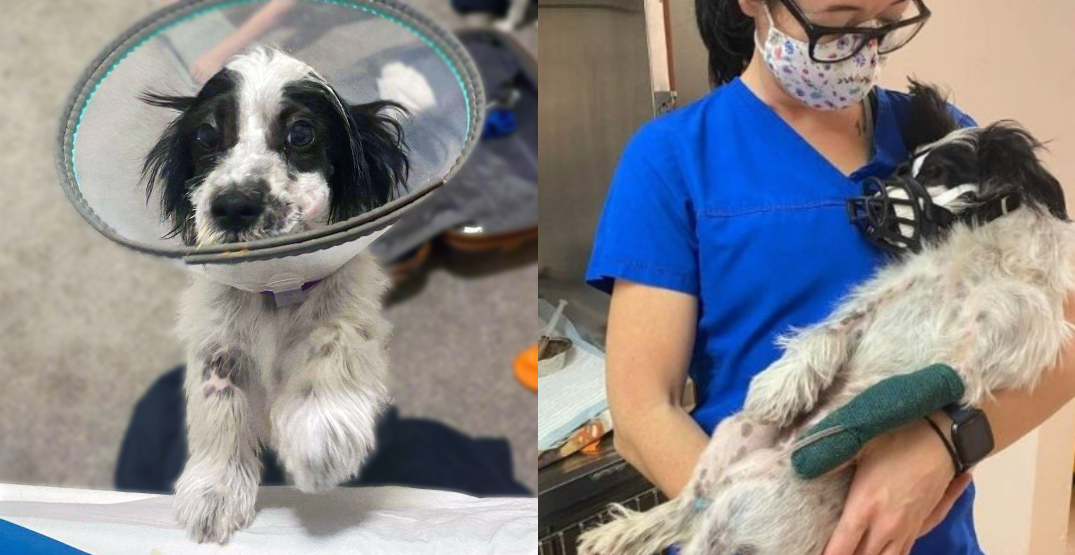 A pet in BC is recovering, and the SPCA is asking for help to support the pup.

According to a BC SPCA release, Daryl is a seven-month-old Shih Tzu-English Springer Spaniel cross. He suffered a painful broken jaw after he was attacked by a larger dog.

Daryl’s owners surrendered him in Campbell River to BC SPCA in order to get the urgent medical treatment that he needed.

Stephanie Arkwright, manager of the BC SPCA in Campbell River, said that the dog’s broken jaw required plating and cost $1,650. “His recovery is expected to take at least three or four more weeks,” they said.

You can help Daryl and other animals in need by donating to the BC SPCA. His health goals include surgery, medication, treatment, and daily care.

“No one is ever emotionally prepared for a sudden and violent attack on someone they love,” reads his funding page.

“But, being a pet parent means being prepared for all the ‘what if’s’ out there, and making sure your pet’s needs are completely met. We are so grateful that Daryl’s previous guardians knew to surrender him to us to get him the care he URGENTLY needed, when they weren’t prepared for this kind of incident.”

Arkwright said that Daryl still loves other dogs even after the attack.“He hasn’t let this incident slow him down – he is a wonderful little dog and will be an amazing candidate for adoption once healed.”