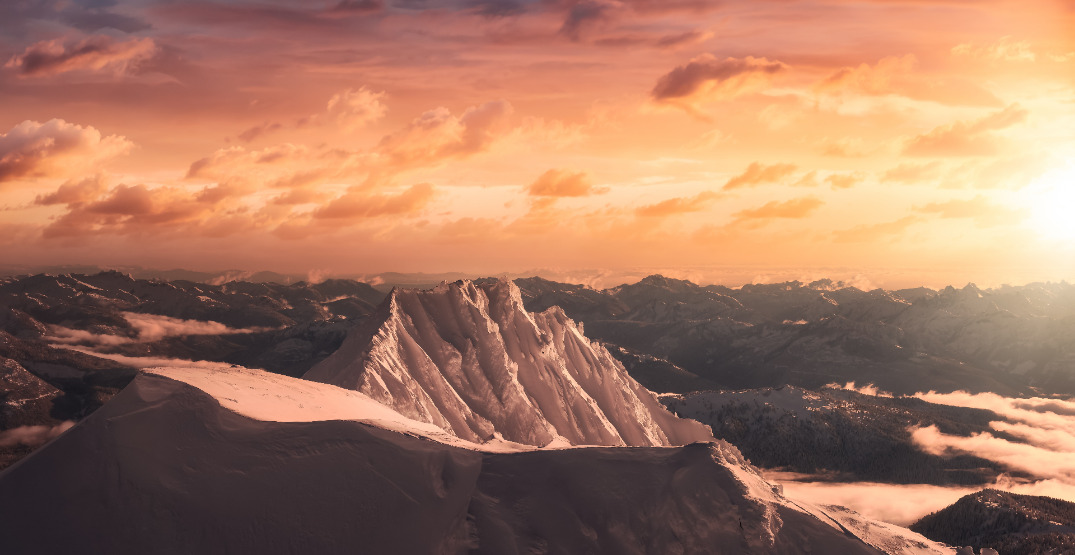 It might be May, but some parts of BC could see up to 30 cm of snow by the end of this weekend.

Heavy rain hitting lower elevations in the province will help bring a heavy dose of snow to higher elevations throughout the weekend.

The Weather Network calls the lower elevation precipitation totals “impressive,” but thankfully, most of the snow will be hitting alpine regions.

The potentially heavy snowfall is due to a Pacific low spreading across the West Coast. 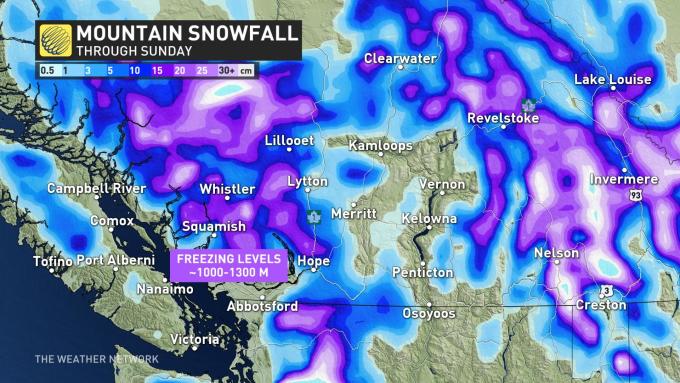 Areas near Squamish, Whistler and Hope are among the regions which could see up to 30 cm of snow.

The Weather Network says that this amount of snow isn’t very common in May in BC but that the white stuff can fall on mountain peaks into early summer.

It points to an example of that being Mount Fidelity in Glacier National Park which has historically seen “significant snowfall events” in May and June. Back in May 1986, 47 cm fell in just one day. More recently, 53 cm of snow fell in June 1990.

The weather agency also brings up a good point in that any amount of precipitation in late spring and into early summer is good news for residents near areas prone to having wildfires.

While Vancouver may not be getting any of this snow, the city has seen some record-breaking weather in recent weeks.

If you are hoping to take advantage of the unusually wintery weather, click here to see what slopes are open.