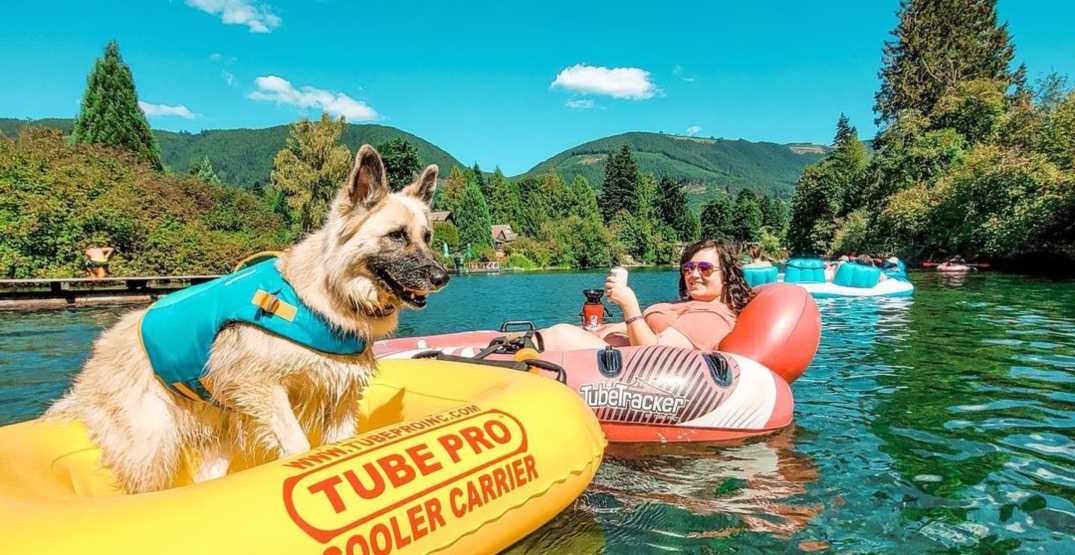 Is it even summer if you haven’t kicked back and relaxed in the sunshine while keeping cool in the bluest waters? There’s a BC river float where you can do just that, and it couldn’t be easier.

While there’s no shortage of lazy river floats in BC, there’s one on Vancouver Island that stands out because it’s just so effortless and gorgeous.

The Tube Shack at Lake Cowichan on Vancouver Island has helped thousands float down the chill Cowichan River. To get to Cowichan, it’s less than an hour’s drive from Nanaimo.

Tube rentals start at $20 and you get to float worry-free down the river for about 2.5 to three hours.

At the end of your floating journey, you can take a dip in the river and catch a ride on the shuttle bus back to where you started. The shuttle runs every 10 minutes.

Because this once-hidden gem is a popular summer attraction, the Tube Shack requires all attendees to book your tubes in advance. You can also upgrade to a “swift tube” for $10 – which is more like a mini inflatable kayak, so you can travel the river in style.

So if you’re looking for a way to cool off this summer, take a trip to Vancouver Island and float down this lazy river.

Where: The Tube Shack, 109 S Shore Road, Lake Cowichan
When: Now until the end of the summer season
Cost: tube rentals start at $20