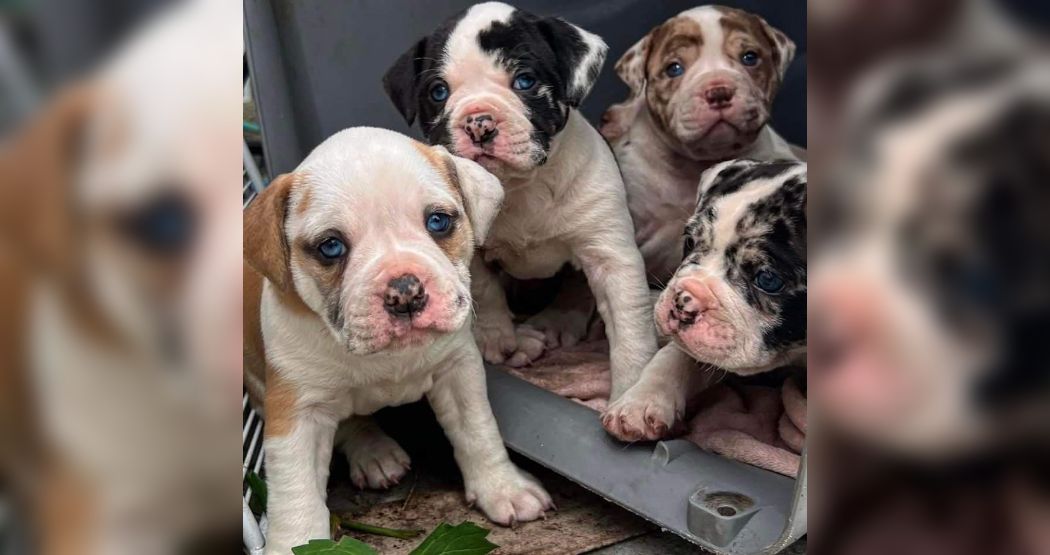 A rare litter of puppies has reportedly been stolen from the home of a BC dog breeder who suddenly passed away late last month.

Kearston Burton-Weatherhead tells Daily Hive the last thing her sister, Dainya Watson, put her heart and soul into was caring for a litter of newborn Alapaha Blue Blood Bulldogs.

“They mean absolutely everything to our families,” Burton-Weatherhead says.

When 33-year-old Watson died late last month, Burton-Weatherhead made her way to Kamloops, where her sister lived. 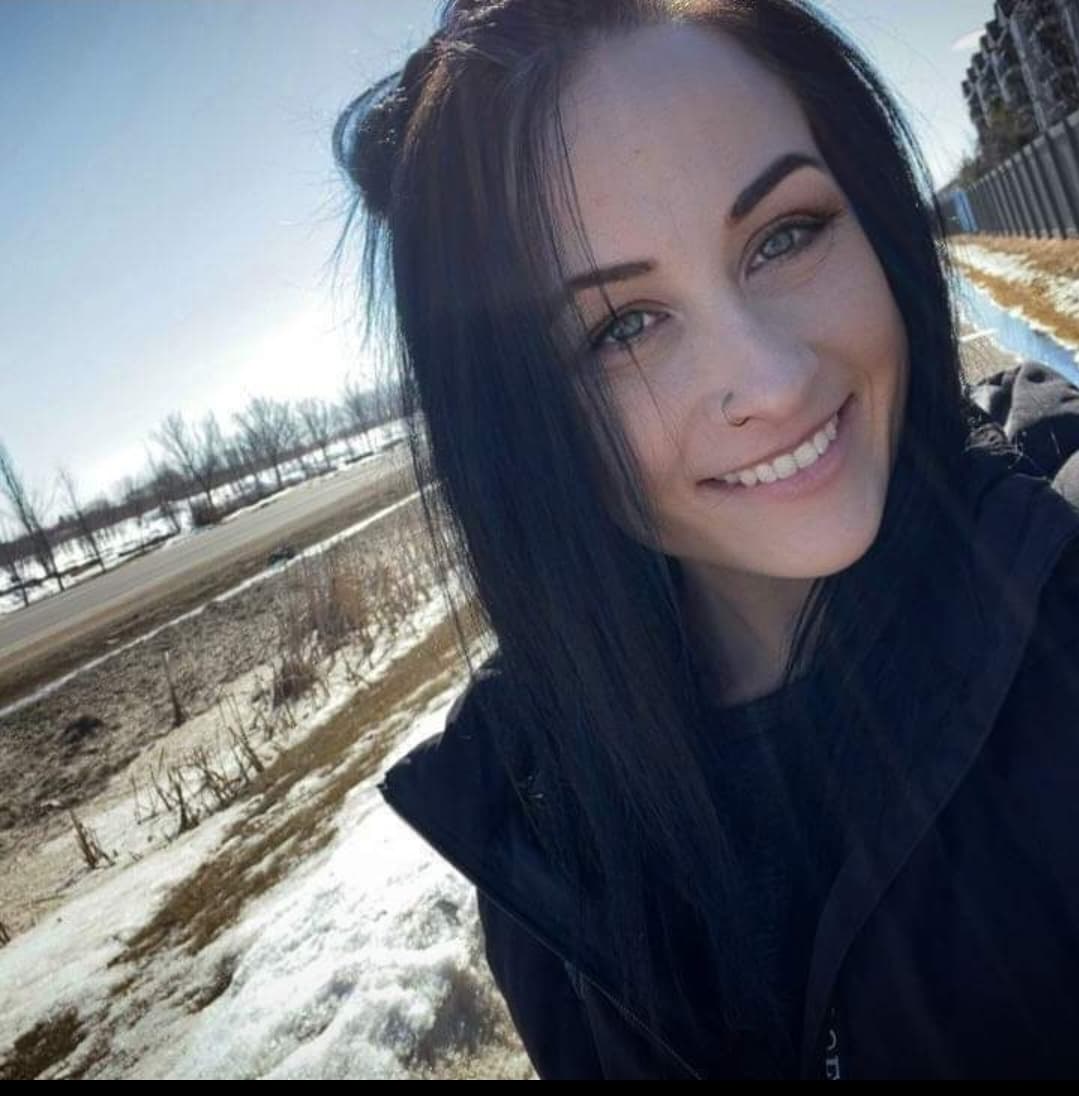 While visiting to grieve and be with family, Burton-Weatherhead had received a report from Watson’s old roommate’s mother, who claimed within an hour of medical personnel and RCMP leaving Watson’s residence after her sister passed away, the puppies were stolen from the front yard of the home.

So she and her mother drove by to check in on the home near Schreiner Street and Tranquille Road. When they arrived, she says the story did not add up.

She was told the puppies were taken from the side gate of the yard; however, she explained the grass in the yard was over three feet tall and showed no indication that anyone walked in between to grab the puppies.

Eight puppies, who were six weeks old at the time, were reportedly stolen along with two dog kennels, dog food and their bowls. 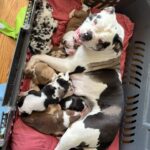 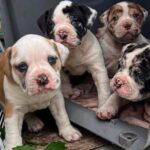 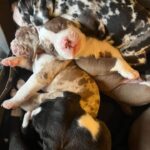 Two puppies were already planned to be handed over to two separate families who are now anxiously waiting to take home their newest family member.

“These two families are out $3,000 and they’re also out there new family pets,” Burton-Weatherhead says.

Katy Gartner and her family are one of the families that were expecting to take their new puppy, Gator, home. Gartner first heard the news that her dog went missing, and she says she broke into tears.

“As time got closer, we started preparing for them and buying like his crate and toys, and special food dishes, and a dog tag, and everything then we never got a chance to pick them up.

Gartner and her family have since dedicated weeks to finding the missing litter.

This news has been especially heartbreaking for the family since the Gartner family had to say goodbye to their last dog almost three years ago.

“So it’s been a big decision for us to get another dog … and we’re ready to let one back into our heart,” she tells Daily Hive.

Gartner’s children, especially her three-year-old daughter, have been excited about greeting her new puppy.

“She keeps asking us, ‘Where’s my doggy? Where’s Gator? Where’s the puppy?’ And it’s hard because it’s like how do you tell a three-year-old, ‘well somebody bad took your dog?'” she says. “We’re trying everything we can to get him back … but it’s not looking great.”

Since the tip Burton-Weatherhead received set off “red flags,” she took to social media to ask for the public’s help. 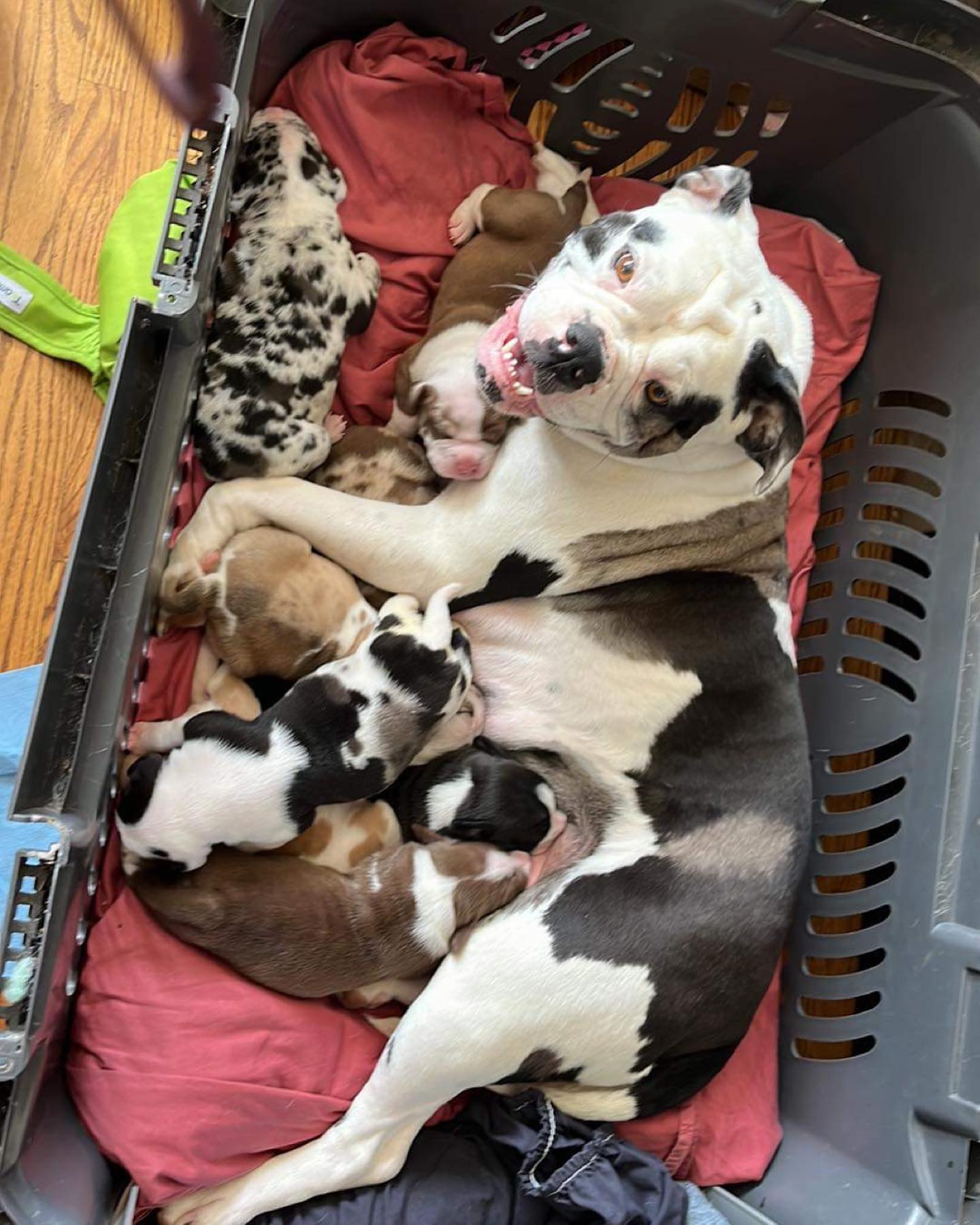 RCMP and SPCA were contacted.

Because the puppies were so young when they went missing, they could not receive a microchip that provided a form of permanent identification. Without this, Burton-Weatherhead says the search is that much harder.

Burton-Weatherhead, her mother and her sister, breed these dogs and are some of the few registered breeders in the country.

The bulldogs originate from the United States, and importing them is very costly, she says.

And she adds she is especially concerned for these dogs because they have not received their vaccinations and because of the stigma around the breed. 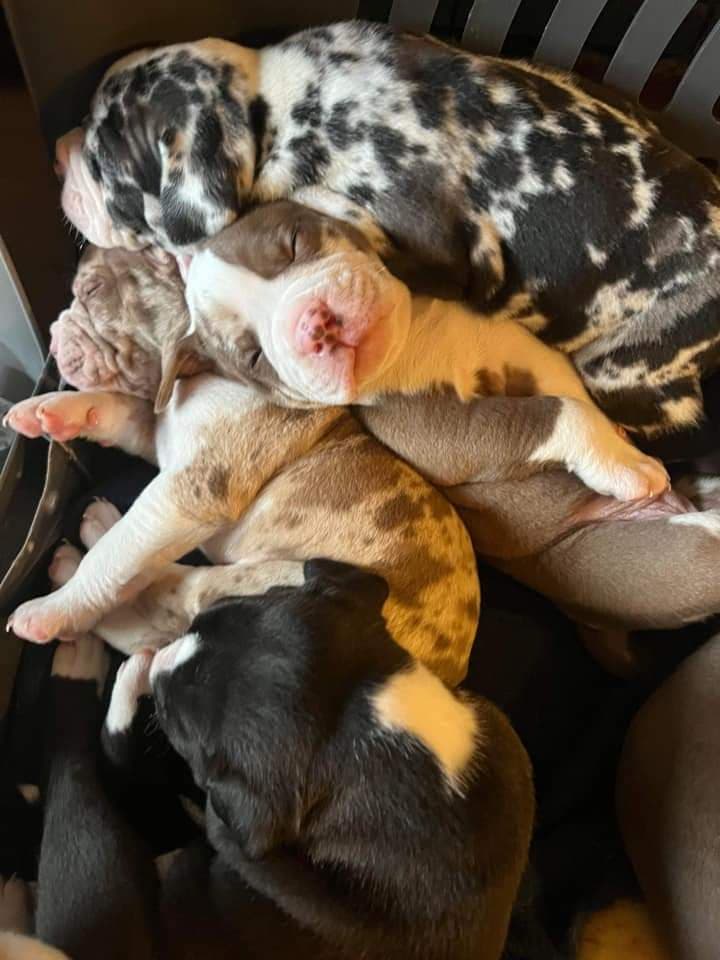 “I don’t want these dogs to be put in a situation where they would be raised to be anything but the best representation of the breed. Dog fighting is a huge thing and I really would hate to see these puppies land in [the wrong] hands.”

In the midst of chasing these puppies down for weeks, following tips and updating the public, Burton-Weatherhead has had little time to grieve her sister’s death.

“I’ve been very busy planning my sister’s funeral and looking for these dogs. I’ve put everything on hold. My kids, my husband, my life has just been absolutely halted at this point,” she admits. “I haven’t really grasped the fact that my sister’s gone because I’ve just been so consumed with trying to find these puppies and bring them home to us.

“It’s been really hard. I’m really angry about the whole situation because it’s not fair that we’re having to go through this on top of having to grieve the loss of our loved one.”

Burton-Weatherhead is pleading for the puppies return, calling on anyone that has information to contact the RCMP.

Burton-Weatherhead is offering a reward for the safe return of the dogs.

If anyone has information regarding what happened to or the whereabouts of the puppies, contact the Kamloops RCMP at 250-828-3000 and reference file 2022-22226.